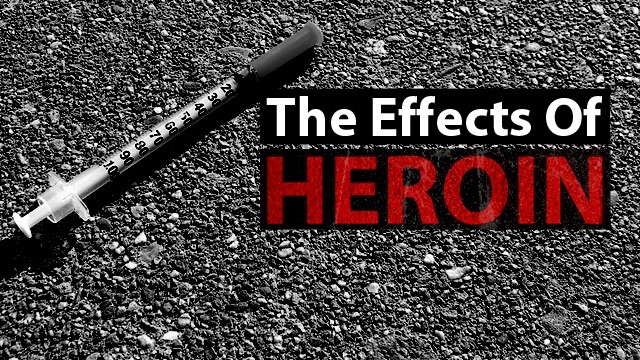 WESTFIELD- In response to the ever-increasing number of overdoses and related deaths, the police department has recently begun a new initiative to combat repeat opioid overdoses in the city.
Det. Sgt. Steve Dickinson said that the new strategy for mitigating repeat overdoses is to follow up with the victim and their family within a week of the incident.
Dickinson said that he and the department began this policy by accidentally discovering information in their own databases. In previous years, as the heroin epidemic grew worse, officers would be called for suspicious vehicles in random parking lots and entering the call in the system as such. When they would arrive at the scene, however, they would sometimes find a person in the vehicle passed out from a heroin overdose.
Once they had realized that many of the calls in the logs should be edited to better reflect the situation, they found some interesting points of data.
“When I started doing this I started to find out that, prior to people dying, they had already overdosed two or three times beforehand,” said Dickinson.
Once a correlation started to become clear, Dickinson said that he alerted the Community Police Unit’s Lt. Kevin Bard to follow up with those who had overdosed multiple times but were still alive. 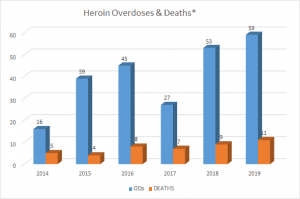 This new policy of checking in with victims of multiple overdoses began this past summer. Unfortunately, more data has been added to Dickinson’s chart, as 2019 was the worst year for overdoses and overdose deaths in Westfield since 2014, the earliest data that was able to be recorded. In 2014, there were 16 heroin overdoses and five deaths as a result. Both numbers have been steadily, but alarmingly, increasing each year. In 2019, there were 73 overdoses and 13 deaths.
The police have also been recording what kind of bags were found at the scene and whether or not the heroin in question was laced with fentanyl or a similar, more powerful opiate. Dickinson said that, for every single overdose death that was recorded in five years, there was not one sample where the drug in question was strictly heroin. There was always at least some fentanyl as well. In some cases, Dickinson said, the drugs were simply pure fentanyl with no heroin at all.
“The main thing that we found out is the pattern of these people overdosing two or three times, and then they die,” said Dickinson, “So what we did was we reached out to those people who had overdosed multiple times and had the Community Police Unit go out reach out to these people. They actually go and knock on their doors and check in with them and their families.”
He noted that the police would also be accompanied by mental health professionals, such as those from the Behavioral Health Network.
In addition to checking in on the victims, the Westfield police have been going after those who provide the drugs as well. Dickinson said that there have been three guilty pleas, three indictments, and several more active investigations of heroin dealers in the city.
Despite this, heroin overdoses do continue to increase. Dickinson theorized that the spike may be due to the relatively lower prices of fentanyl compared to traditional heroin. Fentanyl is many times more powerful than heroin. That also means one needs many times less of the substance to overdose than they would with heroin, he said.
Dickinson added that the numbers available to them are also only the incidents in which it was reported to the police. Should one overdose and be administered the life-saving drug, Narcan, it is not uncommon for emergency services to not be called afterwards.