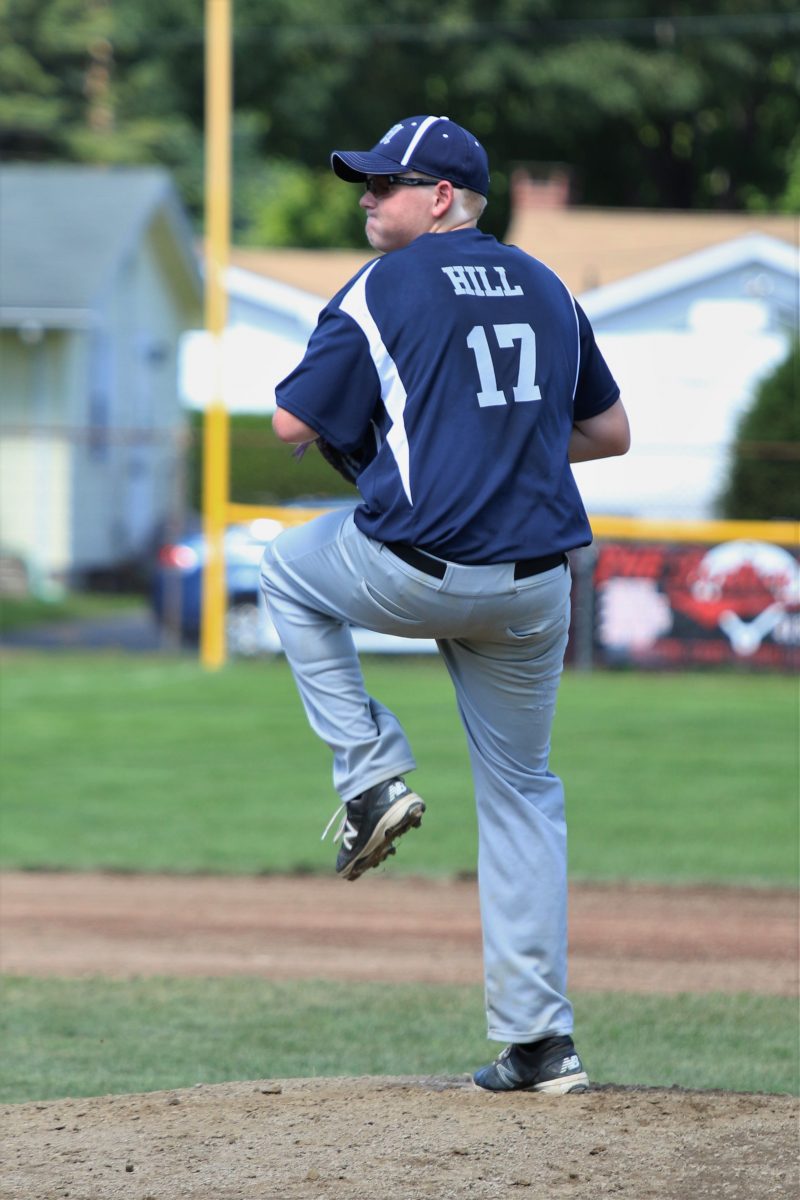 WESTFIELD – There may have been a shortage of runs, but there certainly wasn’t a lack of excitement on Bullens Field on Sunday afternoon.
Portland (ME) was able to just edge past Bismarck (ND) 2-1 in a pool play game of the Babe Ruth World Series.
“That was as good of a game as you’ll see,” said Portland Manager Matt Rogers. “We were fortunate to be in a spot to take advantage.”
Taking advantage is exactly what Portland did in order to ultimately earn the victory. Down 1-0 late in the game, Portland was finally able to cause trouble for Bismarck pitcher Cody Sorenson. Having a one-hitter entering the bottom of the fifth inning, Sorenson faced adversity in that inning from the Portland bats. 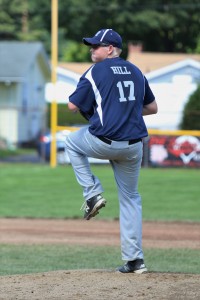 Luke Hill settled down on the mound and shut down the Bismarck batters. (Photo by Kellie Adam)

Luke Hill started off with a single. After the Bismarck center fielder dropped a pop fly, a fielder’s choice play was made to put runners on the corners. Just like that, Brian Riley doubled to score Hill and tie the game up at one run apiece.
The go-ahead run for Portland would come in the bottom of the sixth when Sorenson was taken out of the ball game. Sorenson gave up just one earned run off two hits in 5 1/3 innings of work. After Sorenson left runners on the corners with one out, Skyler Reidinger came into pitch. An error from Bismarck allowed Portland to score and have the 2-1 lead.
“We try and compete every inning, every situation,” said manager Rogers. “We stayed in the game and gave ourselves an opportunity.”
The big story of the game was Hill’s gutsy performance on the mound. After giving up six hits in the first four innings, Hill would end up surrendering just one hit over the last three frames.
Rogers described how he went out to the mound late in the game and asked Hill if he wanted to stay in or not.
“He wanted the ball and I love that,” said Rogers. “I gave it to him.”