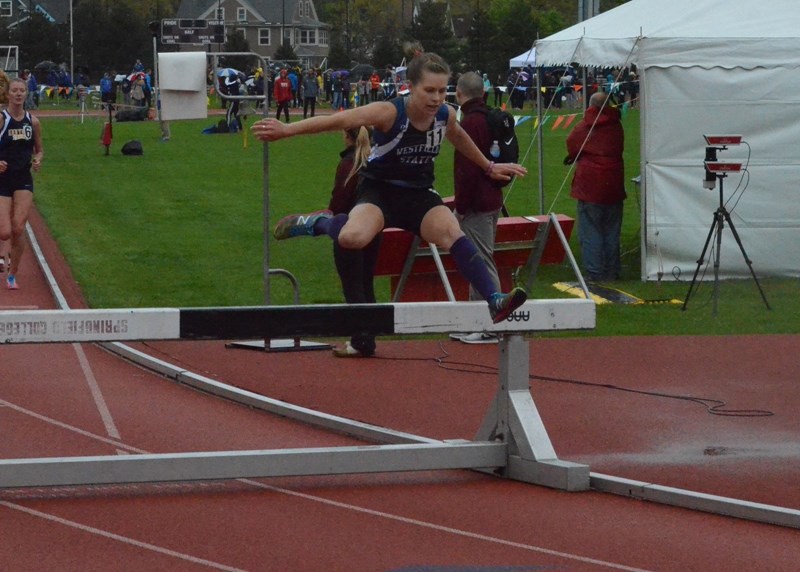 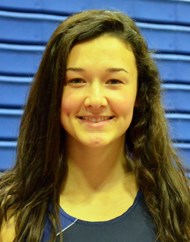 Pray placed sixth in the 100 meters hurdles, finishing the finals in 15.13 seconds, but she ran the preliminary in 15.01 seconds, breaking the previous record of 15.03 seconds set by Monica Baker in 1984.
After finishing second in the shot put the last two seasons, Palma won the event for the second time in her career with a best toss of 13.33 meters (43’9″). Palma also placed fourth in the discus, hurling the saucer 40.35 meters (132’4″), and ninth in the hammer throw. Teammate Julianna Miller finished one spot ahead of Palma in the hammer throw, with a best throw of 44.56 meters (146’2″).
The Owls 4×800 relay team—sophomore Autumn Brown, sophomore Jessie Cardin, freshman Lauren Izabel, and junior Ashley Monahan– also smashed the school record in the event, finishing in 9:32.54 for seventh place. The previous school record of 9:57.23 was set in 2013. 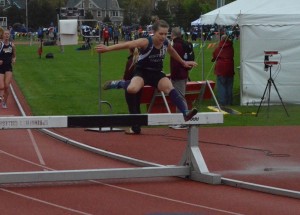 In addition to competing on the record-setting relay, Cardin took second in the 3000 meter steeplechase with a time of 11:02.91.
Sophomore Ashley Craig (Westford Academy/ Groton, Mass.) also scored points for Westfield, placing fourth in a rain-soaked pole vaulting competition. Craig cleared 3.35 meters (10’11.75″) on her third attempt.
The Owls finished in 13th place out of 30 competing teams that registered a point.
All qualified athletes will compete in the All-New England Championships next weekend in New Haven, Conn. before Westfield State will host the Eastern Coast Athletic Conference Division III Championships on Wednesday, May 18 and Thursday, May 19.
Full results can be found at Nestiming.com.