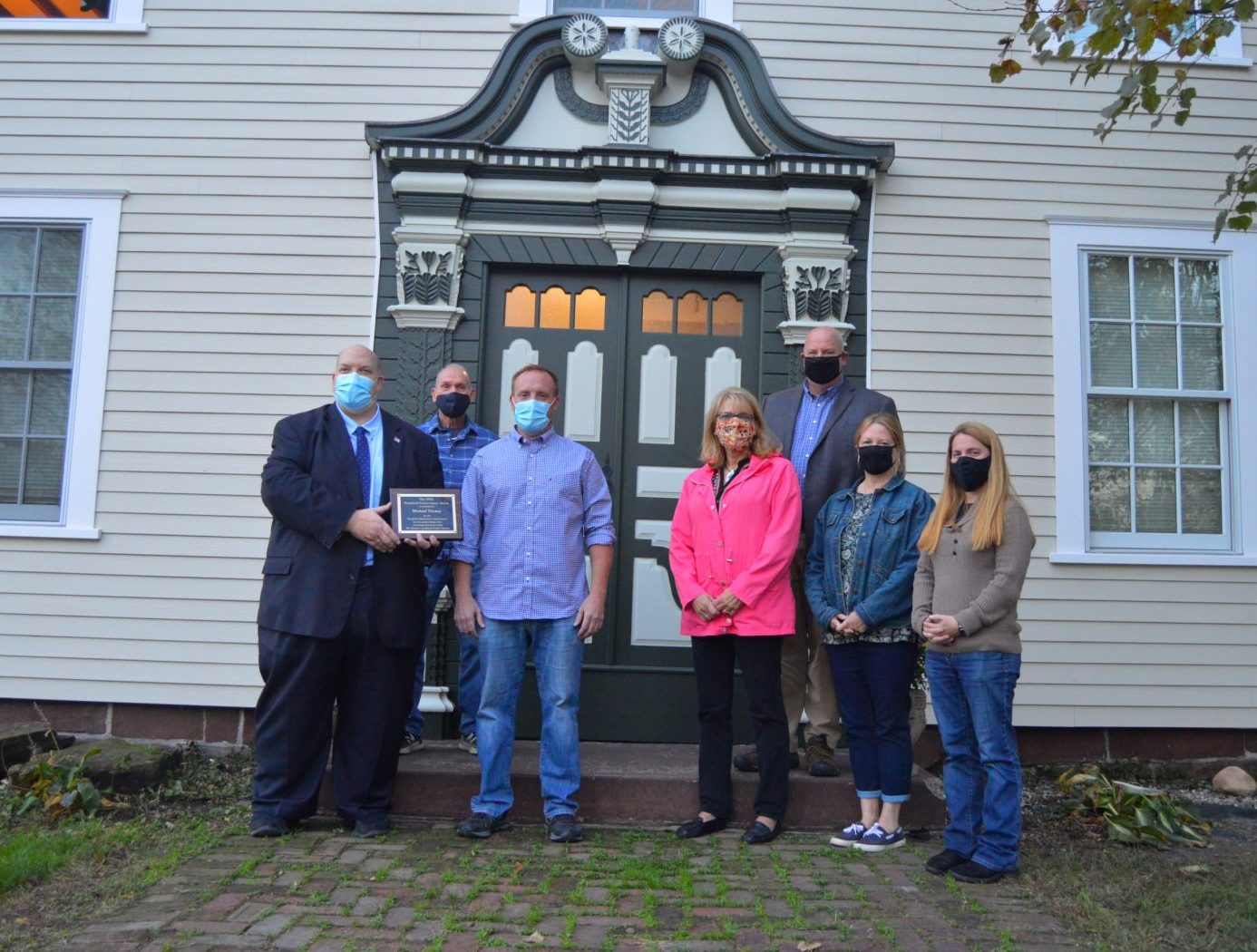 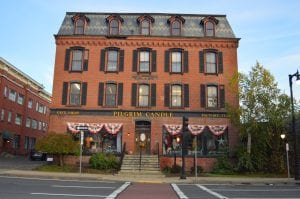 The Pilgrim Candle building has taken many forms, from wood and ice storage to whip manufacturing facility to flower shop. It was first constructed in 1873. (PETER CURRIER PHOTO)

WESTFIELD- The Westfield Historical Commission awarded its 2020 Preservation Awards to two families who have maintained some of the oldest buildings in the city.

The first award went to Donna and Joe Shibley, the owners of the Bismarck Hotel and Pilgrim Candle on Union Avenue. The Pilgrim Candle building was constructed in 1873 by German immigrant John C. Buschmann, and was then called Buschmann’s Block. Buschmann used the building to store coal, wood, and ice when refrigeration technology was not nearly to the level we have today.

Buschmann’s Block would go on to become one of the many whip manufacturing companies in Westfield. It then turned into a furniture store, followed by a flower shop. In 1995 it became the home of Pilgrim Candle after being bought by the Shibleys.

The Pilgrim Candle building has taken many forms, from wood and ice storage to whip manufacturing facility to flower shop. It was first constructed in 1873. (PETER CURRIER PHOTO)

“Anybody like us who have lived in Westfield our entire lives really gets to see the dedication you have to our city for our history as well as for our future,” said Mayor Donald F. Humason Jr. as he presented Donna and Joe Shibley with the award.

Joe Shilbey said that at one point during World War I the government took over the hotel to train soldiers before they would be sent to Europe to fight.

The second award was given to the Tierney family for their preservation of the Landlord Fowler Tavern on East Main Street.

The Tavern was built in the 1750s and was an active public house on what was then considered to be the main access road for the city. The front door of the Landlord Fowler Tavern is one of the few things on the building currently that is not original. The ornate carved front door that originally stood there is now on display at the Metropolitan Museum of Art in New York City. The door that stands there now is a perfect replica of the original.

The door was originally adorned with a scrolled pediment of the Connecticut Valley. A replicated image can be seen in a mural in the Westfield Athenaeum.

At least some of the history of the building is steeped in rumor. According Michael Tierney Jr., it is said, but not confirmed, that General Henry Knox stayed in the house when he was on his way to fight the British in Boston during the Revolutionary War. 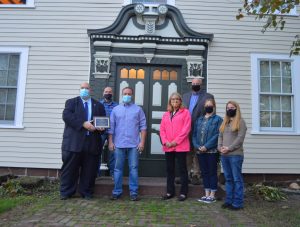 From left: Mayor Donald F. Humason Jr., Michael Tierny Sr., Michael Tierney Jr., Cindy Gaylord, Chris Carey, Carlene Bannish, and Cynthia Bronson at the Landlord Fowler Tavern. The door behind them is the exact replica of the original door that is now on display at the Metropolitan Museum of Art in New York City. (PETER CURRIER PHOTO)

Historical Commission Chair Cindy Gaylord said that it is also rumored that British General John Burgoyn was held inside the house when he was taken as a prisoner of war following his failed Saratoga Campaign. While Burgoyn was taken prisoner by Americans, it is not confirmed for sure that he was held in the Landlord Fowler Tavern.

Also rumored about the building is that the basement was used as a meeting place for groups such as the Sons of the Liberty during the war. The foundation and wood planks that line the basement are original. Historic Preservation Architect Chris Carey said that one can tell because the saw notches visible in the wood are uneven, indicating the wood was made with a water saw mill as opposed to a mechanical saw mill.

Gaylord said that the Historical Commission usually takes nominations from the community for historic buildings in Westfield. There had been no award for the past few years. Gaylord said that she chose to nominate the buildings herself this year, which is the first time there were multiple winners for the award since their inception in 2009.