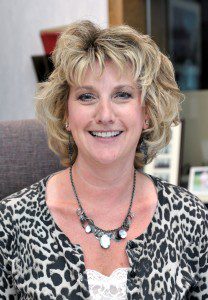 WESTFIELD – The City Council approved an order, submitted by City Clerk Karen Fanion and promulgated by Secretary of State William F. Galvin, to conduct the primary elections on Thursday, Sept. 6, 2012 instead of Tuesday, Sept. 4, the day following the Labor Day holiday.
The scheduling of the statewide primary on that date directly conflicts with the City Council’s regularly scheduled first monthly meeting and required Council President Christopher Keefe to reschedule the council’s meeting to Monday, Sept. 10, 2012. Keefe also scheduled a special City Council Meeting for Aug. 30, 2012, because of the length of time between the meeting last night and the rescheduled September session, a span of nearly four weeks following the council’s six-week summer hiatus.
Galvin said that today is the last opportunity for state residents to register to vote in the Thursday primary and for registered voters to switch party affiliation to cast primary ballots for a specific political party.
The primary is traditionally conducted on the third Tuesday in September, which this year would have been Sept. 18, but that date, Galvin said, falls on the Jewish New Year commemoration of Rosh Hashanah, which begins at sunset on Sunday, on Sept. 16. Galvin said the primary date was changed to avoid a conflict with the holiday because many school and religious facilities are used as polling places.
The rescheduled primary date means that many state Democrats will have to cut short their participation at the three-day Democratic National Convention being held this year in Charlotte, N.C. and which is slated to conclude on the primary date.
The City Council, suspending its own rules, voted to approve the city’s designated polling locations as well as the order establishing the primary election date by unanimous voice votes. The council, which has discussed consolidating precinct polls for each ward at one location, took no action Thursday night.
At-large Councilor Brian Sullivan, who has sponsored much of that polling consolidation, moving ward precinct locations to the same building, which is currently the model in several Wards where schools are used for both precinct A and B voting locations, in discussion said that he will reintroduce a motion after the conclusion of the November presidential election.
The consolidation discussion is being driven by a desire to reduce the cost of elections, generally over $30,000 per election, by co-locating precinct locations on one site. However, there are some wards, such as Ward 1, where the precincts are located at the Westfield High School and Southampton Road Elementary School, where substantial distances and access barriers separate the precinct locations. Consolidation could pose a hardship for some registered voters who would have to travel beyond their traditional precinct station to the consolidate location.
Council President Christopher Keefe said that the city has “to have a voting place in each ward, but not necessarily in the precinct.”
“Ward 1 would be the challenge because the ward is so spread out, so the debate would be which one, but it looks like it might work in other wards,” he said. “We’ll have that discussion after the presidential election.”