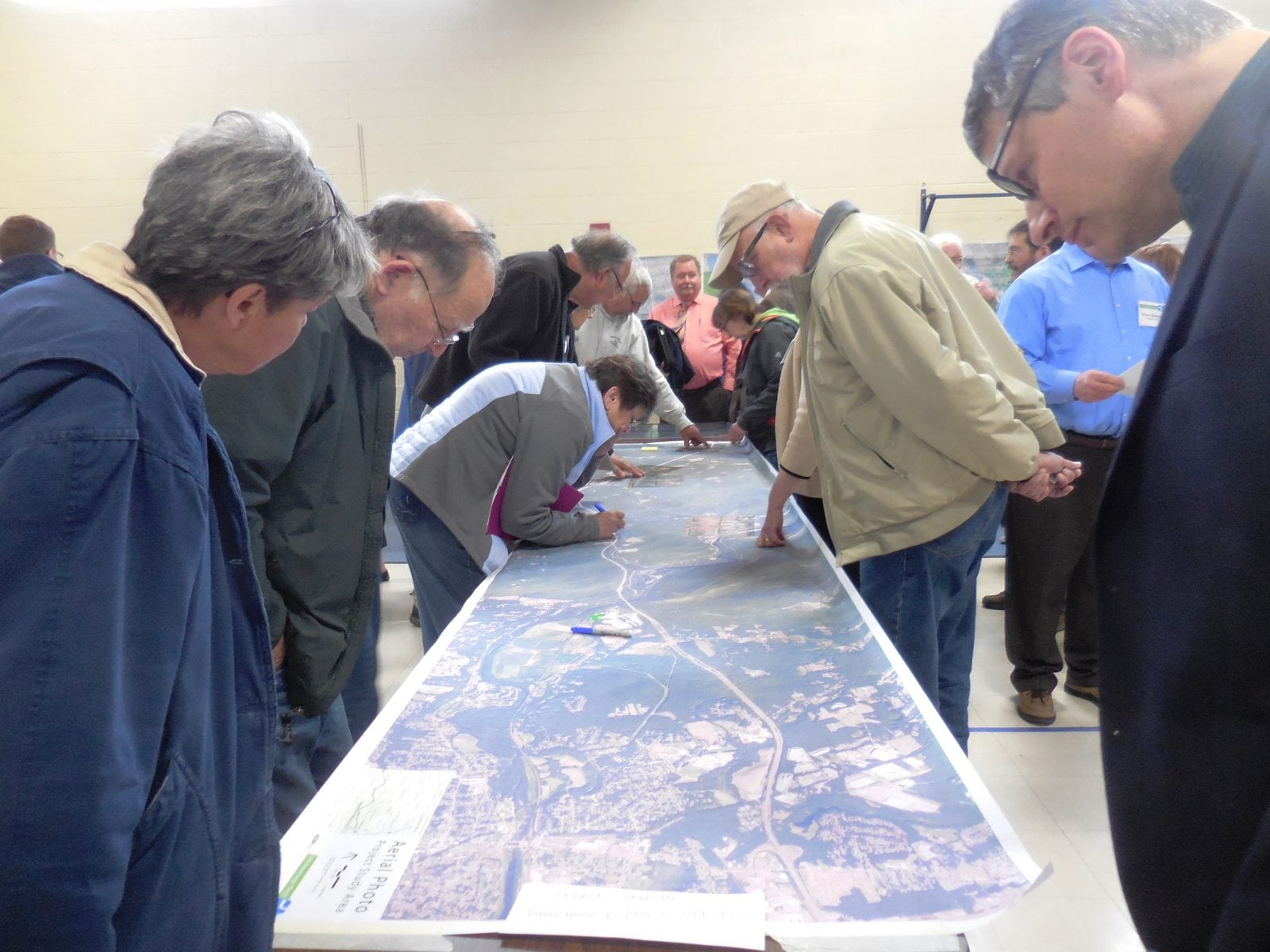 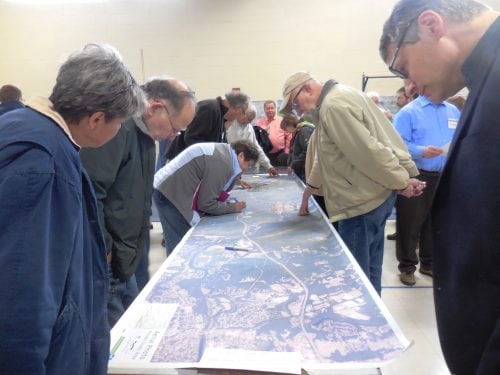 An open house in 2018 for the turnpike exit study drew a crowd to Blandford Town Hall. (WNG File Photo)

BLANDFORD – The public comment period on the two-year MassDOT I-90 Interchange Study ends Feb. 3. The report considers the feasibility of adding a new interchange on I-90 between Exit 2 in Lee and Exit 3 in Westfield, which at 30 miles is the longest stretch between exits in the Commonwealth. Two sites in Blandford are being considered for the exit.

Comments on the draft report may be submitted via email to [email protected] The draft Report in its entirety is available on the study website for public review at: www.mass.gov/i-90-interchange-study. Previous public meeting and Working Group meeting presentations and summaries are also available on the website for reference.
While 200 pages long, Section 5 at the end summarizes the findings of the working group, next steps and its conclusion.
The primary goal of the study, led by MassDOT Project Manager Cassandra Gascon Bligh, is to improve access to and from I-90 for towns in the center of the regional study area. The secondary goal is to mitigate I-90 bound traffic to and from Lee and Westfield.
Seven potential interchange locations were initially identified, based on where I-90 already overlaps with another roadway. Three interchange alternatives were selected for detailed analysis; Algerie Road in Otis, the Blandford Maintenance Facility, and the Blandford Service Place.
In the end, Algerie Road in Otis was eliminated from future consideration, because it was concluded that while conceptually feasible from an engineering standpoint, it would provide the least benefit in terms of travel time savings and vehicle usage, and was the most environmentally sensitive. Also, due to the steep physical terrain surrounding the proposed interchange, it would have been the most difficult alternative to construct and would have the highest construction cost, estimated to be $37.9 million.
The two alternatives in Blandford provided similar benefits while generally having less impacts and costs compared to the one in Otis. The Blandford Maintenance Facility on North Road has the highest Right of Way and water resource impacts, but would generate the most daily use. The Blandford Service Plaza has fewer land impacts while providing the highest average travel time savings and mileage savings.
Estimated costs for the Blandford Maintenance Facility are $29.5 million, and for an interchange at the Blandford Service Plaza, $34 million.
Of note, the study concluded that a new interchange could attract regional transit providers to consider service to the central study area; and recommended that if an interchange project advanced, provision of new transit services should be explored, along with new Park and Ride services.
The report also states that available federal grants could only cover the upgrades to the local roads that the interchange on- and off-ramps would connect to, without requiring that the entire western highway be upgraded to federal highway standards at an additional cost.
The report concludes that in order for an interchange project to advance into more detailed design and permitting, the involvement of local and regional stakeholders is essential. The advocacy of residents, state legislators, local officials and planning departments will be critical to gathering support and securing funding for the project’s advancement.
For all questions related to the I-90 Interchange Study, contact Cassandra Gascon Bligh, MassDOT Project Manager, at [email protected] or (857) 368-8852.