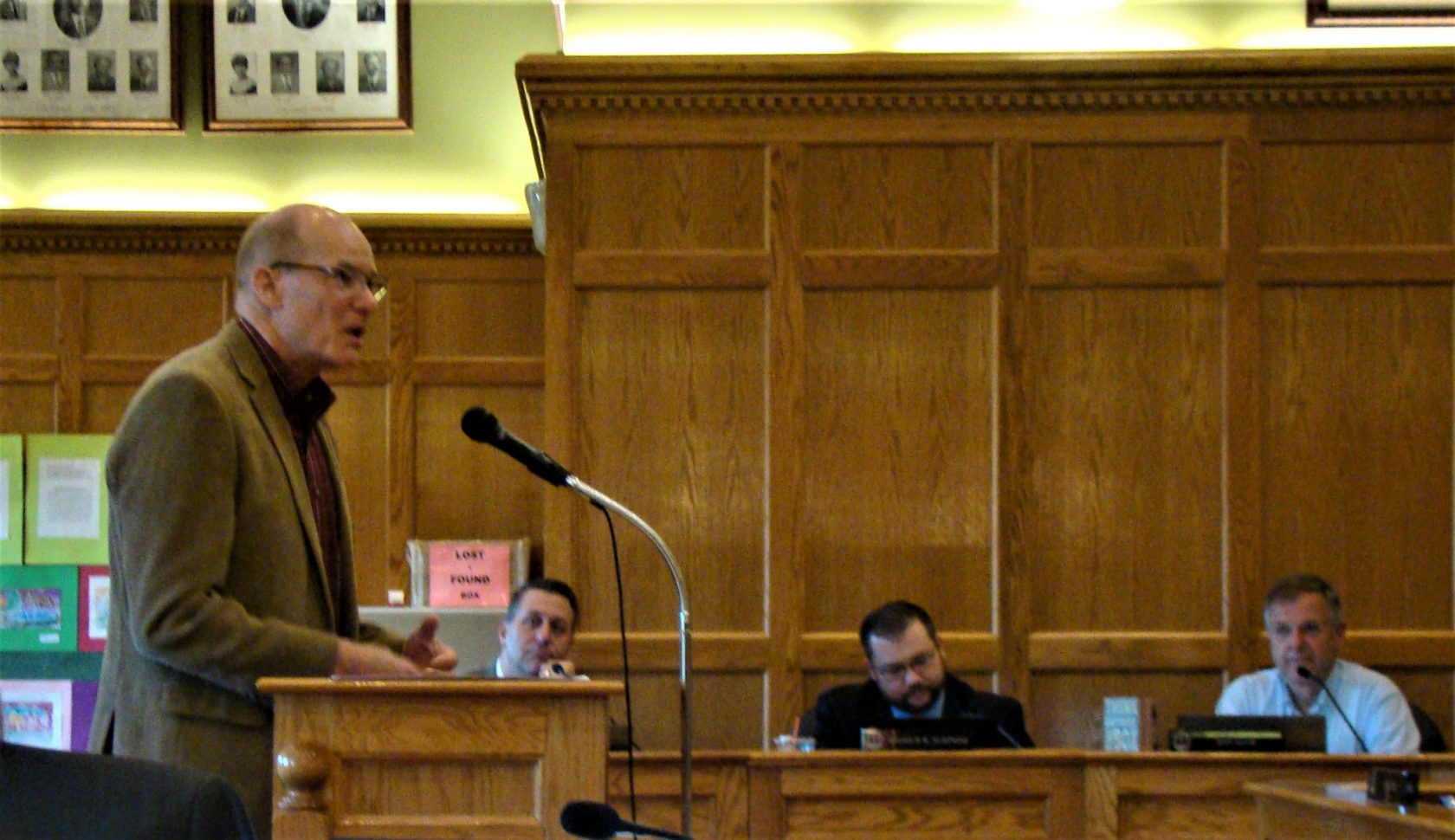 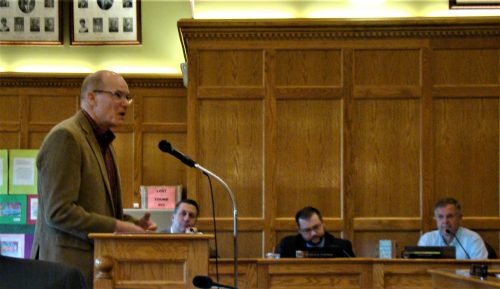 WESTFIELD – Half a dozen residents spoke on a wide range of topics at the start of Thursday’s City Council meeting.
Harry Rock,  Westfield 350 Committee president ran down the list of events for this weekend’s celebration, from the pancake breakfast for which they raised over $10,000, to the children’s carnival which will offer free hot dogs and pennants, to the “largest fireworks show Westfield has ever seen.”
Rock said between 1,500 and 2,000 marchers representing “every organization in town” are expected for the parade on Sunday, led by 200 airmen from the Air National Guard’s 104th Fighter Wing, with the Mummers from Philadelphia at the end of the parade.
Rock said the city is shining, with flowers in every pot, lights in the clock tower, and pot holes filled.
“This whole celebration is about civic pride,” Rock said, encouraging residents and businesses to participate by taking out their holiday lights, and “dressing up” their homes and establishments.
Rock thanked some of the city departments who have contributed to the event, including the Police Department, mayor, Community Development and the Westfield 350 committee, which he said “worked tirelessly and with passion.”
Matthew Roman spoke at the meeting on behalf of the senior snoopers. “Two years are over, and we’re expecting report cards from all the city councilors that we elected,” Roman said. He also offered the councilors some new information he had found on how to fix manhole covers.
Resident Robert Pearson asked councilors what is the rule for shopping carts left in front of people’s houses.
Connie Adams of Yellow Stonehouse Farm wished Westfield a happy birthday, and said she thought the geocache challenge to find commemorative wooden nickels was a great idea and said she was having fun participating.
Adams also reminded the council that Westfield started as an agricultural community, and those roots are important to maintain. “We consider it our duty to maintain our farmland to make sure there is good food grown locally for our community here in Westfield,” Adams said.
Adams also expressed her disappointment that the Old Dominion Truck Terminal on Medeiros Way was back on the council’s agenda for consideration.
Resident Brian Hoose urged councilors to consider the needs of 21st century jobs and education by supporting the Promise Act for Education in the state legislature. He also thanked residents of Westfield for their many kindnesses to him following the loss of his dog, Ollie, who was a longtime companion on his walks through town.