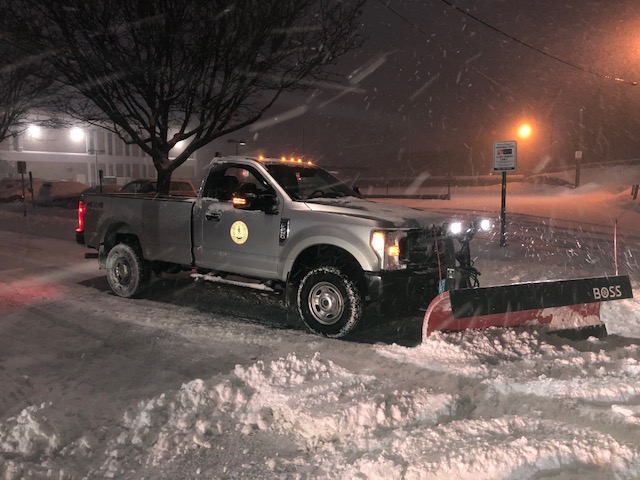 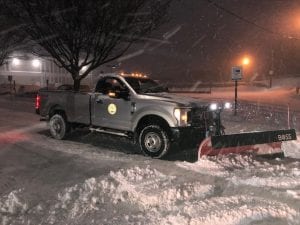 WESTFIELD – At 5 p.m. Feb. 1, Interim DPW Director Francis Cain had the city plowed out and was preparing to send the contractors out to plow from 6 to 10 p.m.

Cain said the roads had been pre-treated on Monday morning, with some limited plowing on main roads and hilly areas. At that point, he said the snow was “lighter and fluffier,” and coming down slowly. He said the slow-moving nature of the storm made it hard to judge when to send out the contractors. “I’d like to wait as long as I can and do it as one plow,” he said, adding that he may have to send them out twice.

Altogether, he had 15 to 20 city plows out, and sent out more than 50 contractors. He said the Water Division also helps out with dump trucks. 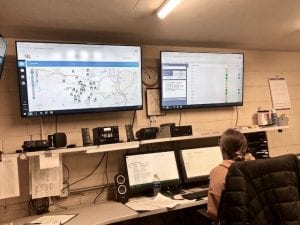 At the DPW Snow Operation Center, Hannah Larkham was keeping track throughout the storm and communicating with the contractors as well as city plow and police dispatch.

“We’ve got a good snow and ice program,” Cain said.

Reported totals in Westfield on Feb. 2 amounted to a foot of snow. Westfield Public Schools scheduled a remote day of learning. Grab & Go Meals were available at Highland and Munger Hill elementary schools from 11 a.m. to 12 p.m., at Westfield Middle School from 11 a.m. to 12:30 p.m., and at Abner Gibbs elementary from 11:30 a.m. to 1 p.m. City Hall was set to open at 11 a.m. Feb. 2, and the parking ban is in effect until further notice. 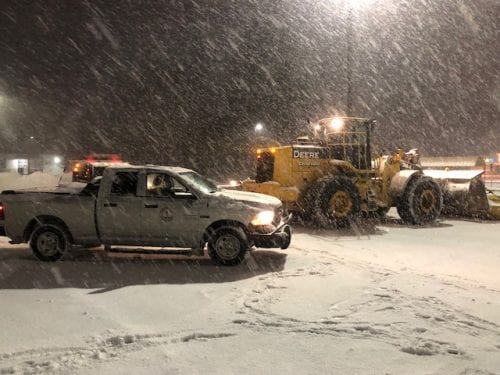