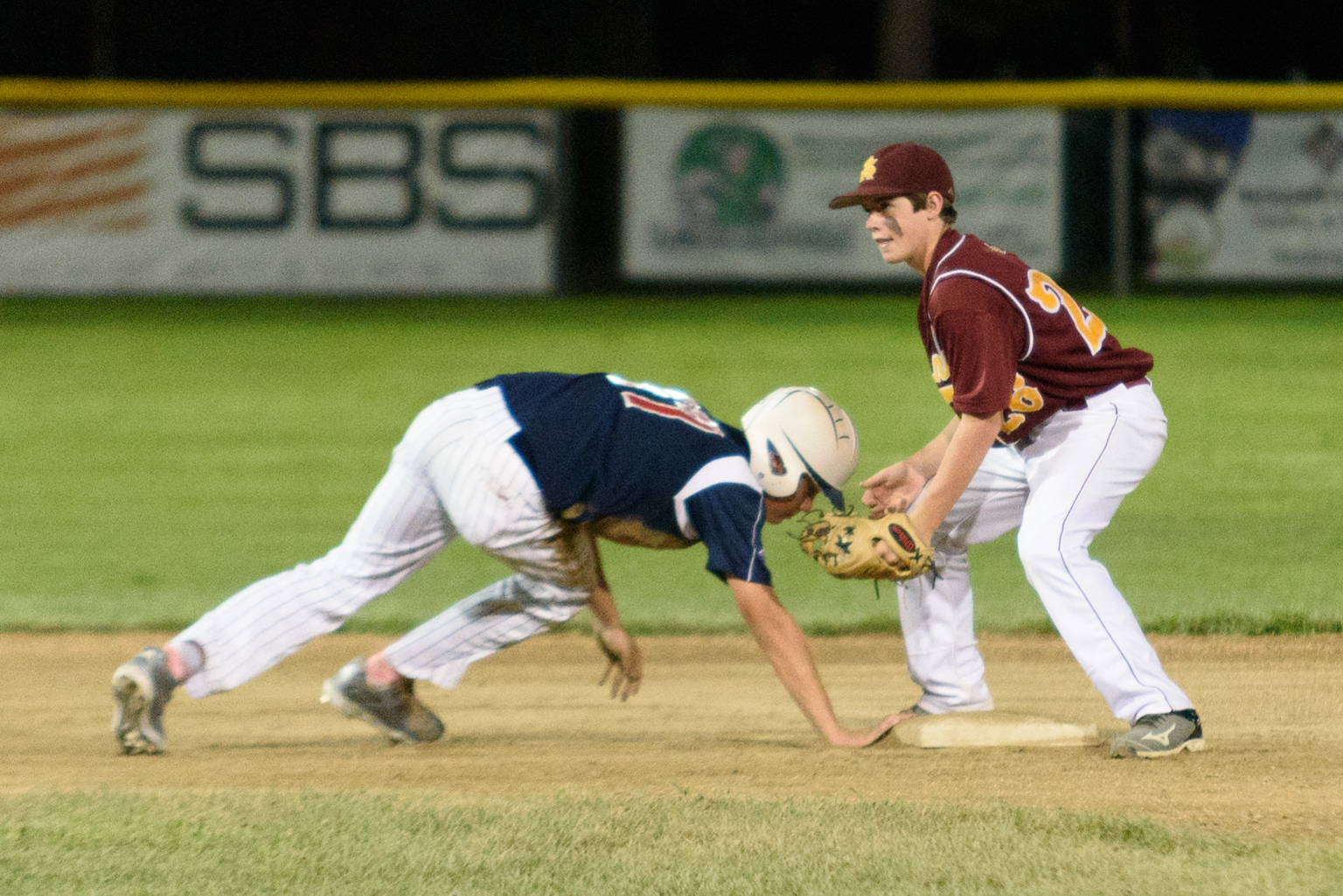 WESTFIELD – There have been heated confrontations, cases of dehydration due to stifling heat, and a controversial start to the tournament – thanks to the late addition of two New England regionals teams – but nothing could stop the last piece of the puzzle from being placed in the Babe Ruth Baseball 14-Year-Old World Series.
In a matchup of evenly matched teams, Sarasota (Florida) defeated Atlantic Shores (N.J.) in a 10-inning affair late Monday night 4-1. 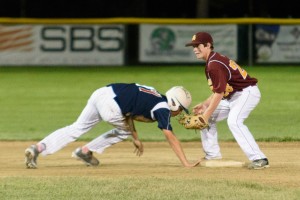 The result created a three-way tie between Sarasota, Atlantic Shores, and Tri-County (Maine), all 3-2 teams. The victory, in effect, was not large enough to overcome their run differential, and Sarasota lost the tiebreaker and was eliminated.
Atlantic Shores advances to play Mountain Home (Arkansas) in an elimination game Tuesday morning at 9 a.m. Tri-County (Maine) takes on Janesville (Wisconsin) at 11:30.
The winners move on to play to the top seeds – unbeaten Tri-Valley, California (5-0) and Bismarck, North Dakota (4-1).
The scoring was few and far between throughout the game’s first nine innings.
With two outs in the bottom of the second inning, Atlantic Shores’ Jimmy Pasquale reached on an error and scored on a Gannon Brady base hit.
In the top of the fifth inning, Sarasota knotted the game at 1-all. A Dylan Robertson triple and N Owen Ayers sac-fly tied it.
Then, in the 10th, Sarasota took control, scoring three runs. Jakob Jackson drove in the first run, a fielder’s choice resulted in another, and Samuel Miller’s RBI single made it 4-1.
Sarasota pitcher Alec Boot-Handford fired a seven-inning, three-hitter. He struck out three and walked one. Cade Nelson (1 K) tossed three innings of no-hit ball.
Atlantic Shores pitcher Alec Sachais (4 inn., 2 Ks, 3 walks) and Gannon Brady (5 inn., 1 K, 0 walks) combined to shut out Sarasota for nine innings before Sarasota came alive in the 10th. Each pitcher allowed just three hits apiece.