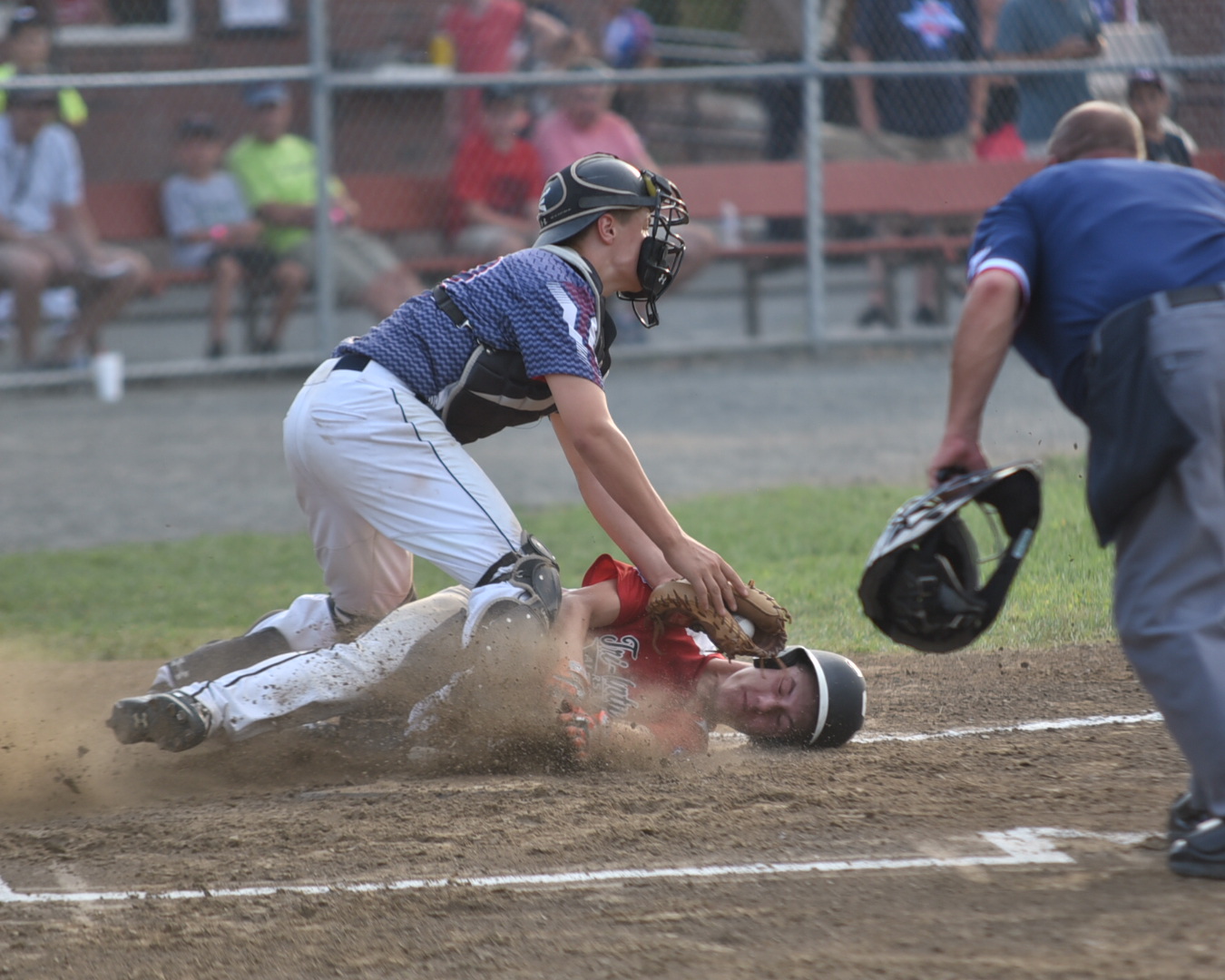 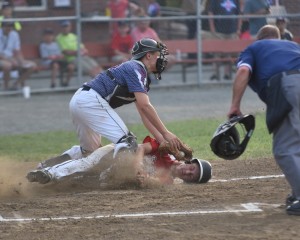 WESTFIELD – With a playoff spot on the line, Tri-County (ME) took care of business Monday in the Babe Ruth Baseball 14-Year-Old World Series.
Tri-County exploded for two four-run innings – the first and fourth – en route to a convincing 11-1, mercy-shortened victory over Pittsfield in five innings Monday night at Bullens Field.
Janek Luksza earned the Ron Tellfesen “Player of the Game” for good reason. The Tri-County pitcher tossed a two-hitter, striking out five batters. He walked none.
Luksza was also a hit at the plate, going 3-for-3 with two runs and two RBIs.
Cameron Godbois put Tri-County out front early with a two-run single in the bottom of the first. In the fourth, Luksza helped himself, providing the inning’s highlight with a two-run double.
Charlie Morton went 2-for-2 with a walk, and two runs scored for Tri-County.
Luksza cruised through four innings of no-hit ball before Jeff Steinman broke up the no-no with a fifth-inning double.