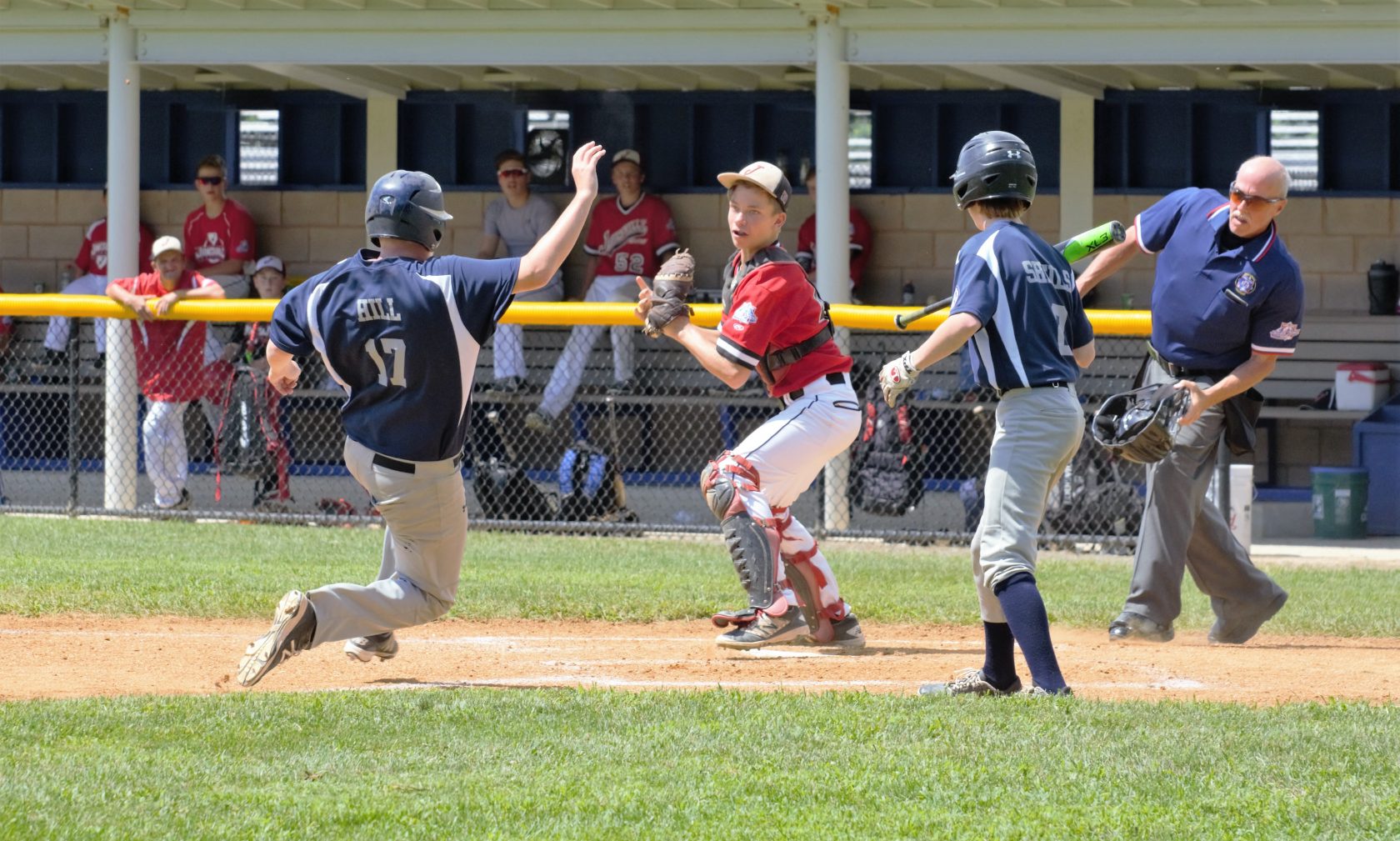 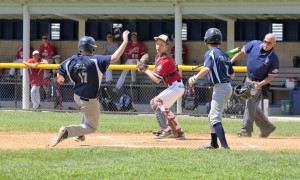 WESTFIELD – Dawson Draves pitched brilliantly at Westfield State University, battling both Portland (ME) hitters and a sore back, to lead Janesville (WI) to victory, 3-0.
Draves threw six shutout innings, giving up five hits and one walk, while striking out four. He also began complaining of a sore back, but battled through in the sixth, then handed it off to Colin Hageman, who threw a perfect seventh inning for the save.
“[Draves] felt a little back twinge late, in the last inning of work,” manager Tom Davey said. “But he was able to pitch through it.”
With the win, Janesville (WI) is expected to be the two-seed in their division, after going 4-1 in round robin play but losing the tiebreaker to Bismarck (ND).
“I loved our pitching and defense, but our offense left a lot to be desired,” Davey said.
Jordan Curtis from Janesville was the offensive star in the game, going 2-2 in the game, providing an RBI and also scoring the first run of the game.
Curtis was on second in the bottom of the fourth, when Clark Schmaling smacked a double that scored him.
Janesville (WI) was able to score two more in the next inning, with the first coming on a Colin Hageman suicide squeeze bunt that scored Conner Clark. Two batters later, Curtis came up and rocketed a single to right, which scored Dalton Madsen and made it 3-0.
While Janesville (WI) was in control through most of the game, Portland (ME) was able to dazzle defensively early. Jackson Villani was able to set down the first six Janesville (WI) batters in a row to start the game, and Ike Kiely was able to gun down two would-be base stealers at second in the first three innings.
Each team also turned three double plays, making the low-scoring affair an even more of a defensive showcase.
The winners of the Ron Tellesfon Award, which goes to the player of the game from each team, was awarded to Dawson Draves of Janesville (WI) and Ike Kiely of Portland (ME).