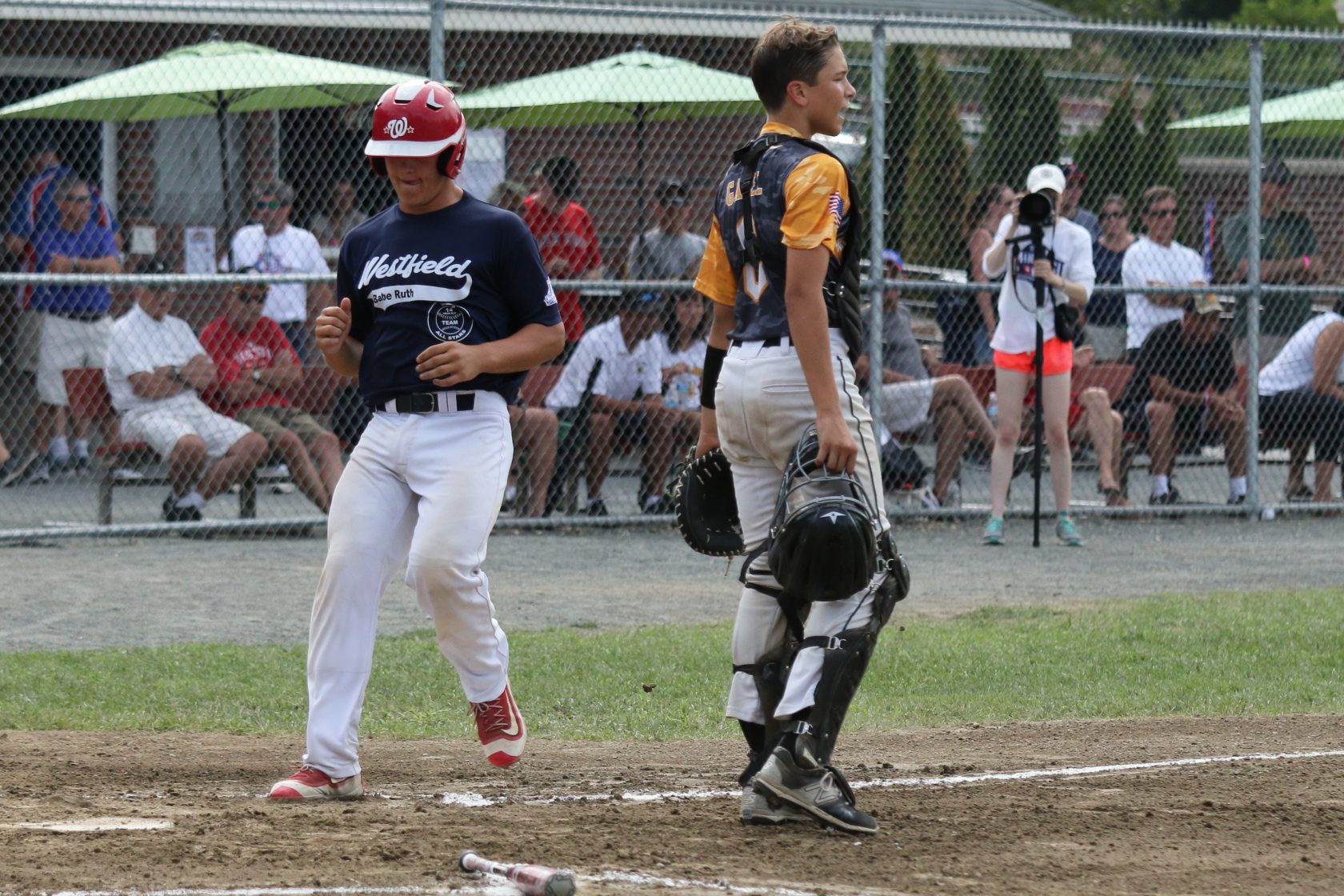 WESTFIELD – The Westfield Babe Ruth Baseball 14-Year-Old All-Stars may be mentally and physically drained from a grueling five-day stretch of hot, humid temperatures, but the Whip City’s host team truly enjoyed their moment in the sun.
Westfield topped West Linn (Oregon) 5-4 on the final day of pool play in the Babe Ruth Baseball 14-Year-Old World Series Monday at Bullens Field.
It took hard work and dedication to get off the schneid. Westfield and West Linn each entered the day 0-4.
Determined to get that first “W” of the tournament, West Linn came out with a purpose.
West Linn struck for the game’s first lead. 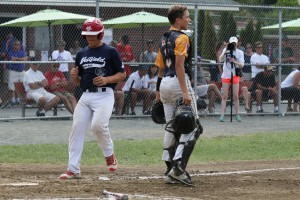 In the first inning, Jacob Vu hit a lead-off single. Will Gabel reached on an error, also allowing both base runners to move into scoring position. A Treyten Burke RBI single and fielder’s choice gave West Linn the early advantage, 2-0.
Westfield rallied.
Mason Collingwood doubled to begin the bottom of the first, and scored on a Matt Pelletier hard hit ball to center field. In the bottom of the third, Jack Masciadrelli walked, advanced to second on an error, moved to third on a wild pitch and scored on a dropped third strike to make it a 2-all ball game.
Westfield would not be denied.
The Whip City ballers mounted a two-out rally, starting with Ryan Moorhouse’s walk. A run-scoring error made it 3-2. Then Collingwood drove in Walter Figueroa with a base hit to left field for a 4-2 lead.
West Linn rallied.
The Pacific Northwest representative pushed two runs across in the sixth inning to tie the game at 4-4. The big hits in the inning featured a defensive indifference play, and a fielder’s choice RBI.
Westfield persevered.
Gazda led off the sixth with a walk. Lis sacrificed. Hall reached on an error. Scanlon followed with a sac-RBI, the game-winner.
Westfield pitcher Ethan Flaherty scattered four hits, struck out four batters, and walked one over the first four innings. Colin Scanlon allowed just two hits in three innings of relief. He struck out three and walked four.