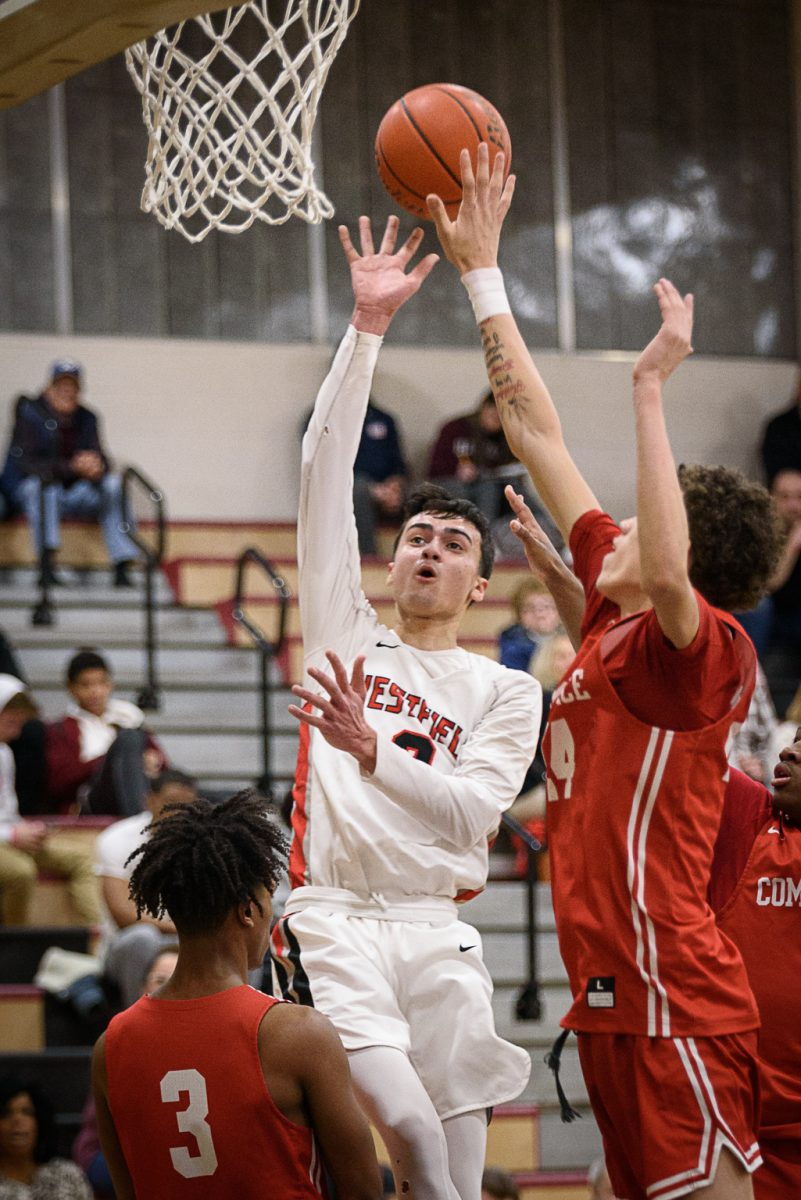 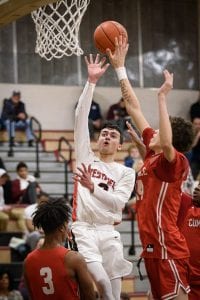 Westfield’s Tony Torres (3) goes up for a basket against Commerce Monday night in the Whip City. (Photo by Marc St. Onge)

WESTFIELD – A triple-double in basketball is when a player records double-digits in three categories, such as points, steals, assists, or rebounds.
On Monday, Commerce teamed up to net a quadruple-double of sorts to hold off Westfield. The Red Raiders produced four double-digit scorers en route to a 60-56 win over the Bombers.
Lucian Murphy and Joe Garcia led Commerce with 13 points apiece. Red Raiders’ TyVoun Alston-Person and Desmond Ortiz each had 12.
Not quite a true triple-double, but effective enough.
Westfield’s Tony Torres scored a game-high 16 points. Riley Coughlin had 15. Will Cameron and Cam Tereault each had eight for the Bombers (3-9).
Westfield returns to action Thursday at home against Chicopee. Tip-off is at 7 p.m.

Saints hit a bump in the road
Lee 59, St. Mary’s 45
St. Mary’s spread the wealth, or rather, the basketball with a decent offensive attack, but came up a bit short.
Brady Collins led St. Mary’s with 12 points. Jack Lamirande and Mike Pepe each had nine, Colin Ramos had eight, and Nick Montenero, 7.
“We had good balanced scoring; we keep improving,” St. Mary’s boys basketball coach Joe Molta said. “It’s tough because missed foul shots and missed layups really, really seem to be a tough thing for us to get over.”
St. Mary’s made just 6-of-18 free throws.
“Overall we are improving,” coach Molta said. “It wasn’t a bad game on the road.”