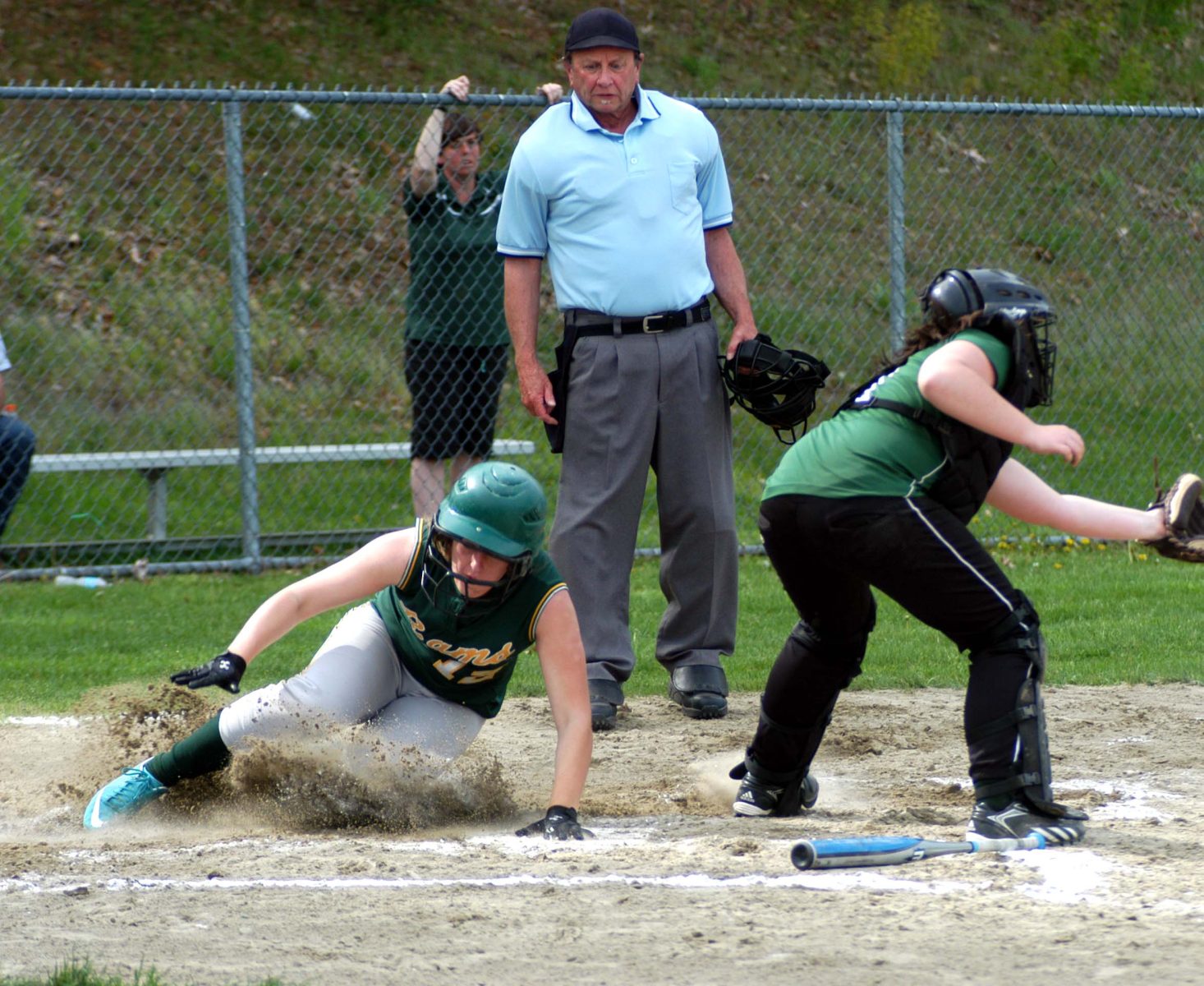 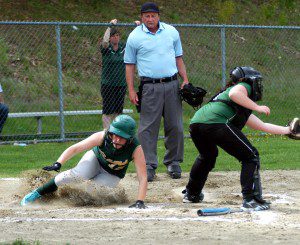 Southwick’s Lindsey Wilcox slides in safely on Jenn Yelin’s first-inning single, the second of 10 runs from the Rams in the inning. (Photo by Chris Putz)

WARE – The Southwick-Tolland Regional High School softball team may already have qualified for the WMass D2 tournament, but the Rams are showing no signs of slowing down.
Southwick exploded for the 10 runs in a 23-minute top of the first inning and cruised past Ware 19-1 in six innings Friday. The Rams improved to 11-4.
Jordyn Willey was effective on the mound for Southwick, allowing just one run.
Southwick began the game with some offensive fireworks. Lindsey Wilcox drove in Sydney Rogers with a double for the first run of the day. Jenn Yelin smacked a sharp hit ball that the outfielder misplayed, allowing Wilcox to score. Simone Thibault and Morgan Harriman followed with RBI hits, knocking Ware’s starting pitcher from the game. The Rams’ success continued.
Katelyn Silvia plopped down a bloop infield hit, and on the successive play Ware committed a two-run error that allowed Southwick to take a 6-0 lead. Soon thereafter, Rogers (up for the second time in the inning) belted an RBI single. Wilcox blasted an RBI double. Yelin walked. Thibault launched a monster two-run triple to the deep left field corner to make it 10-0.
The rout was on.
Thibault finished with four hits and five RBIs. Wilcox had three hits.