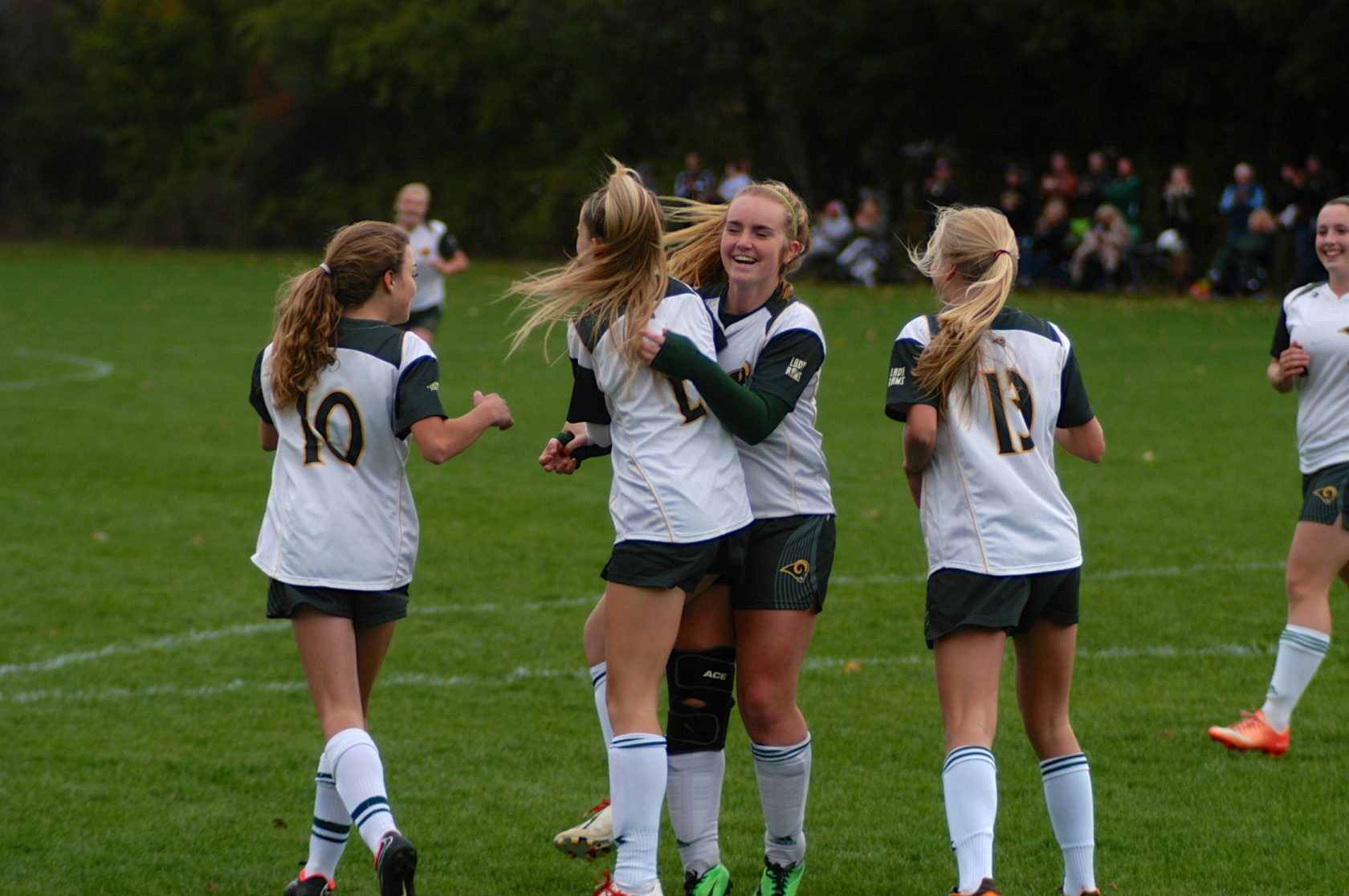 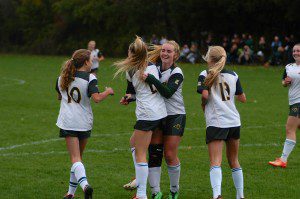 SOUTHWICK – Phew!
The Southwick-Tolland-Regional High School girls’ soccer team is tourney bound.
Southwick punched its ticket to the postseason in its final regular season game, shutting out Sabis 3-0 Sunday. The Rams entered the game needing a win or tie to qualify.
Alex Mello, Fiora O’Donnell, and Mckenzie Frey scored one goal apiece. Natalie Jensen and Amber Nobbs each earned one assist.
JV RESULTS
Southwick 1, Sabis 0
The Southwick JV squad won its first game of the season on the season’s final day. Aliviah Raymond tallied the game-winner off a pass from Julia Fox.

Sullivan leads Bombers
WHS FIELD HOCKEY
Westfield 2, Amherst 0
Leighanne Sullivan scored a pair of second half goals to lead Westfield to victory in its final game of the regular season. The Bombers finished with a record of 5-9-3.
“We didn’t make the postseason this year, but we had a great year,” Westfield coach Karen Gomez said. “We’re looking to a great freshman class as well as continuing our success with the program.”
Westfield finished the weekend contest with only eight varsity players. The Bombers were without several key players due to a scheduling conflict, and players out due to prior commitments (college visits, religious, family, etc.).
“With only half our varsity squad and JV filling in, it’s really a testament to our program … that the girls were able to step up and fill in,” coach Gomez said. “Our varsity girls were leaders showing the girls what we needed to to and come in with a win.”
Liz Marcyoniak and freshman Moira McDonald had the Bombers’ assists.

McKenna lifts Saints
BOYS’ SOCCER
St. Mary 2, Pathfinder 1
St. Mary freshman Steve McKenna scored the game-winner with about five minutes remaining to lift the Saints to a thrilling come-from-behind victory late Friday night at Pathfinder.
Pathfinder led 1-0 at the half after a successful penalty kick.
St. Mary’s rallied.
Kieran O’Donnell scored the game-tying goal with a nice shot into the right side of the net from just inside the 18-yard line. Zac Girard assisted on the play.
McKenna banged the go-ahead goal when the ball popped up to him just outside the 18. He ripped a shot into the lower right hand corner of the net.
Colin Blake finished with a save, and the victory in net for the Saints.
“It was a good game,” St. Mary coach Andrew Martin said. “We’re just trying to build some momentum going forward to the tournament.”