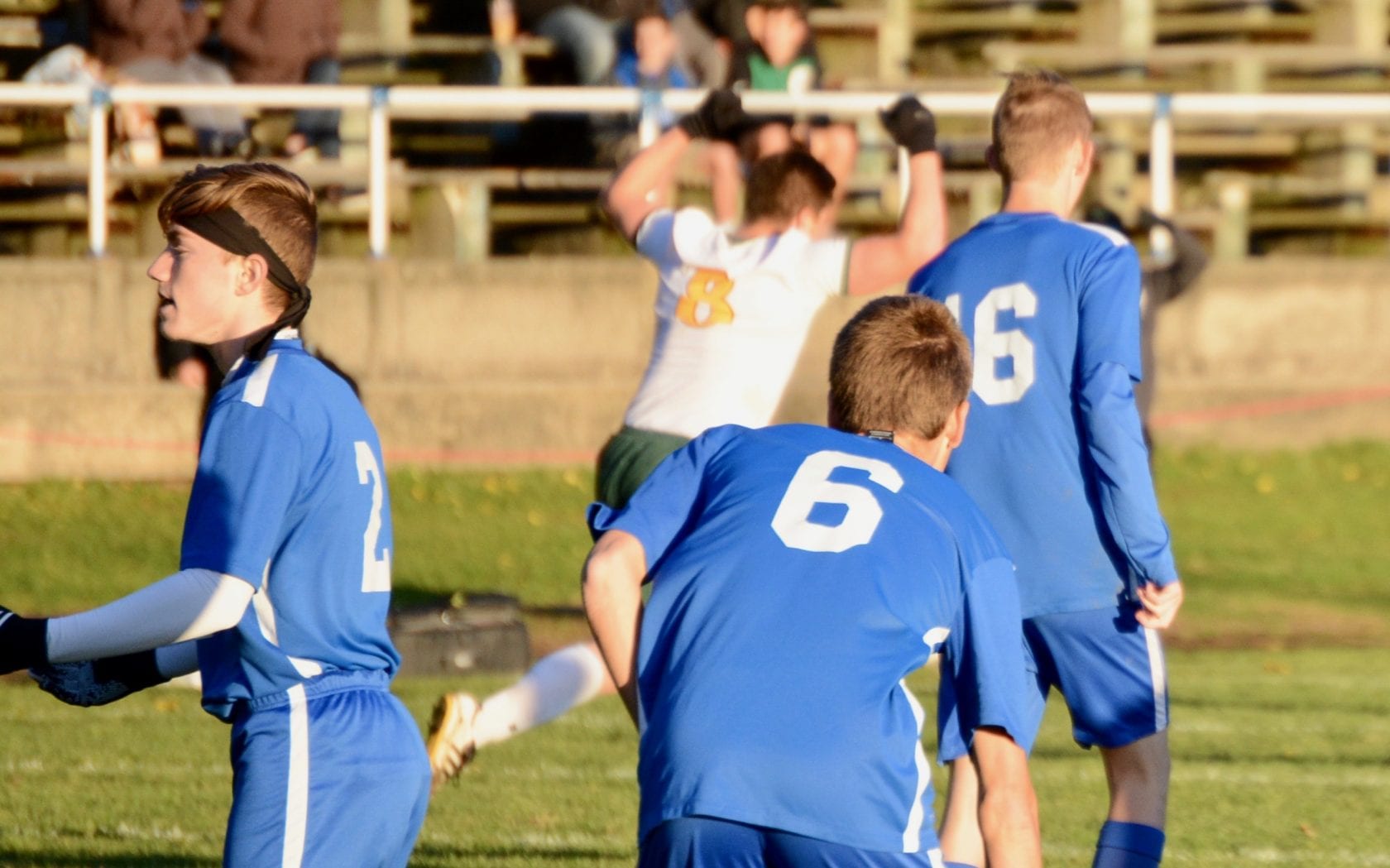 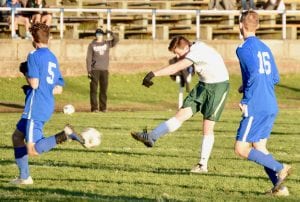 PALMER – Anyone that thought the Southwick High School boys soccer team was not worthy of a tournament berth best think again.
No. 10 Southwick, the West Division 3 boys soccer tournament’s only sub .500 team, won its third game in four tries, stunning seventh-seeded Palmer 4-3 in the opening round of the playoffs Saturday night.
Kayden Hawley scored two goals to lead Southwick, which qualified for the tourney with a second place finish in the Class Division at 4-3-1. Eric Haynes and Paul Whalley also each tallied a goal. Rams’ Cade Billings delivered two assists, and Nick Brown had one.
“The boys fought hard all year,” Southwick coach Chris Whalley said. “We had a tough schedule early with a lot of games in a short amount of time. We got hot at the right time.”
Southwick (5-8-4) posted three wins and a tie during the season’s final stretch, and the momentum appeared to carry over into the postseason. 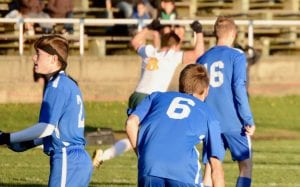 Southwick’s Eric Haynes (8) races down field with his arms raised in celebration after scoring against Palmer in a postseason game Saturday night. (Photo by Chris Putz)

Southwick came out firing from the outset as Haynes drilled a high laser-beam shot into the upper portion of the net in the third minute.
Billings set up the next two Southwick scores – first-half goals from Whalley (24:56) and Hawley (12:23) – to take a 3-0 lead.
Palmer (10-7-2) responded with Brandyn Costa’s well-placed high floater out of reach of the goalie’s grasp to pull within 3-1 shortly before the half.
In the second half, Palmer pulled within one goal of a tie twice. Emerson Duran scored first to make it 3-2. Hawley put Southwick back in front by two before Diego Leecock trimmed the lead to 4-3 with less than six minutes remaining.
Southwick goalie Ryan Molta (4 saves) and the Rams held on, fighting back every Palmer attack for a thrilling win.
“We expected a street fight,” coach Whalley said. “We gave everybody an exciting game.”
Southwick will look to keep the good vibes going in the quarterfinals against No. 2 Belchertown (12-5-1).