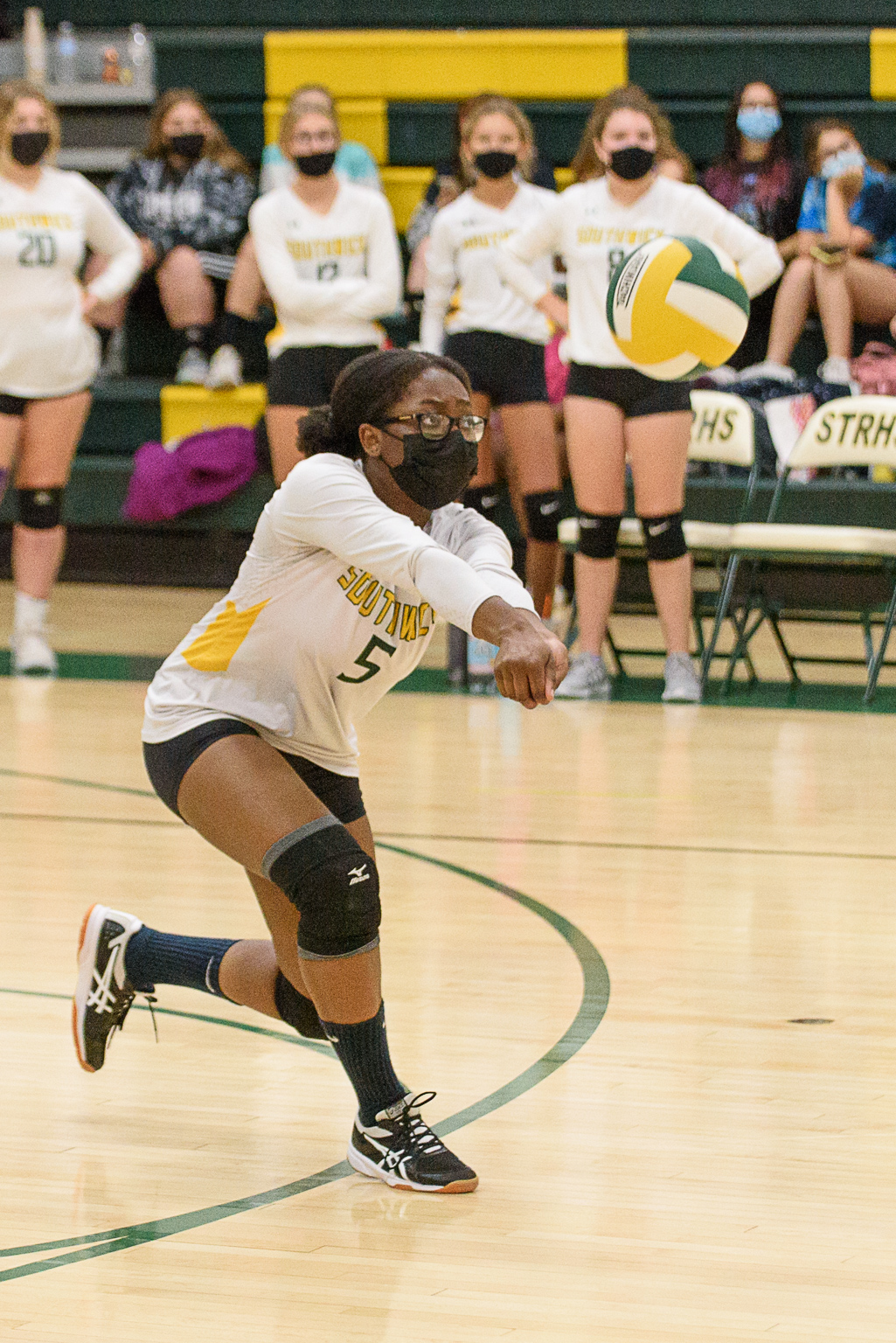 SOUTHWICK – Heading into Monday afternoon’s girls volleyball game, the Southwick Regional High School Rams had won 10 of 11 games, securing a postseason spot literally in the blink of any eye. If you blinked again, you likely would have missed their 11th victory.
Southwick dispatched Granby in relatively quick fashion Monday, sweeping the other Rams 25-20, 25-16, 25-7.
“We’ve had a well-oiled machine for a few seasons in a row,” Southwick girls volleyball coach Kaitlyn Anthony said. “They’re finding a groove together.” 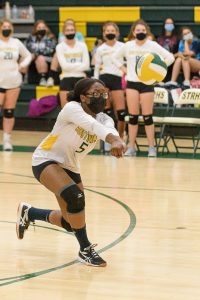 Southwick struggled briefly in the first set, benefitting from the opposition’s unforced errors but picked things up a bit in the middle frame, and raced to victory in the third game.
With sophomore Lina Carr serving in the final set, Southwick put together a commanding 12-1 lead. Then, junior Aniya Kamara ripped off a half dozen consecutive serves to fuel a late run. Half of her serves resulted in aces, including two which hit nothing but open slices of the court.
“I was just hoping it got over,” said Kamara. “(Granby) was kind of struggling with their passes so I just tried to spot our placements on the court.”
Kamara finished the game with a solid all-around effort, collecting five aces, seven kills, and one dig. Carr had 11 aces, two kills, and one dig.
“We had a good game … good hits, good kills,” said Carr, who noted the team’s communication and support of one other as a key to their success. “We have a lot of spirit this year. We’re very good friends.”
Southwick’s Gillian Bourque (1 aces, 11 assists, 3 kills), Georgiana Andrade (1 assist, two kills), Emily Hanifan (1 ace, 2 kills, 1 dig), Mia Pompi (7 aces, 1 dig), and Emily Buchter (4 aces, 1 assist) also contributed.
After the contest ended, the Southwick players had a brief birthday celebration for coach Anthony. Said Anthony: “It was a good way to celebrate my birthday.” 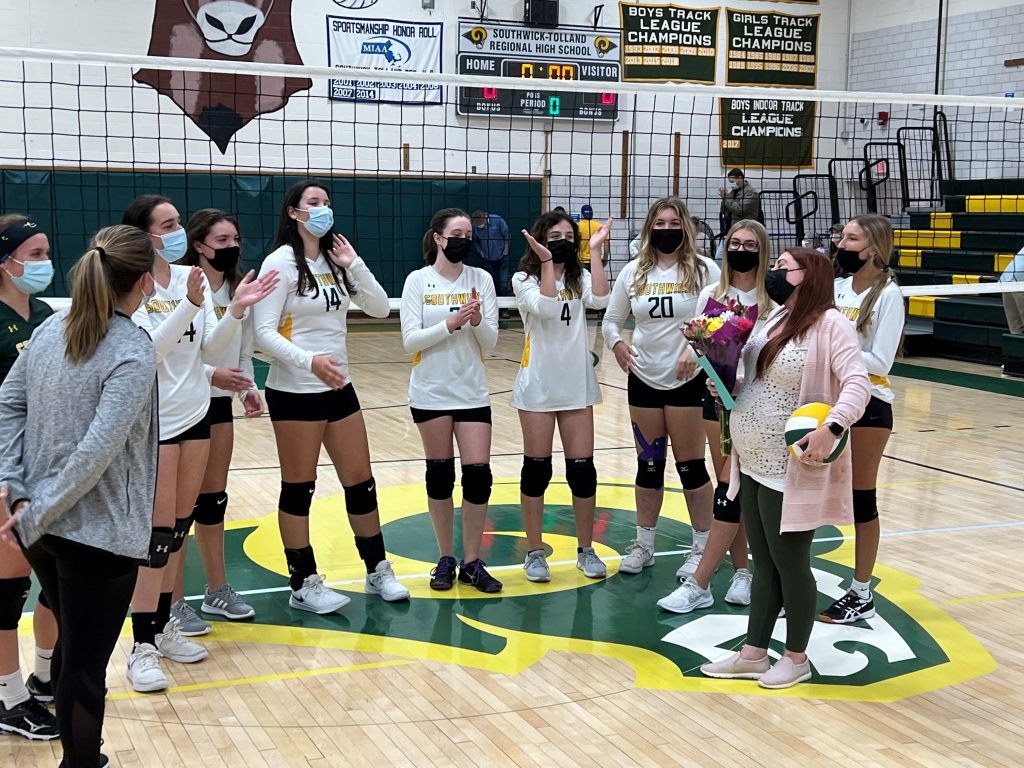