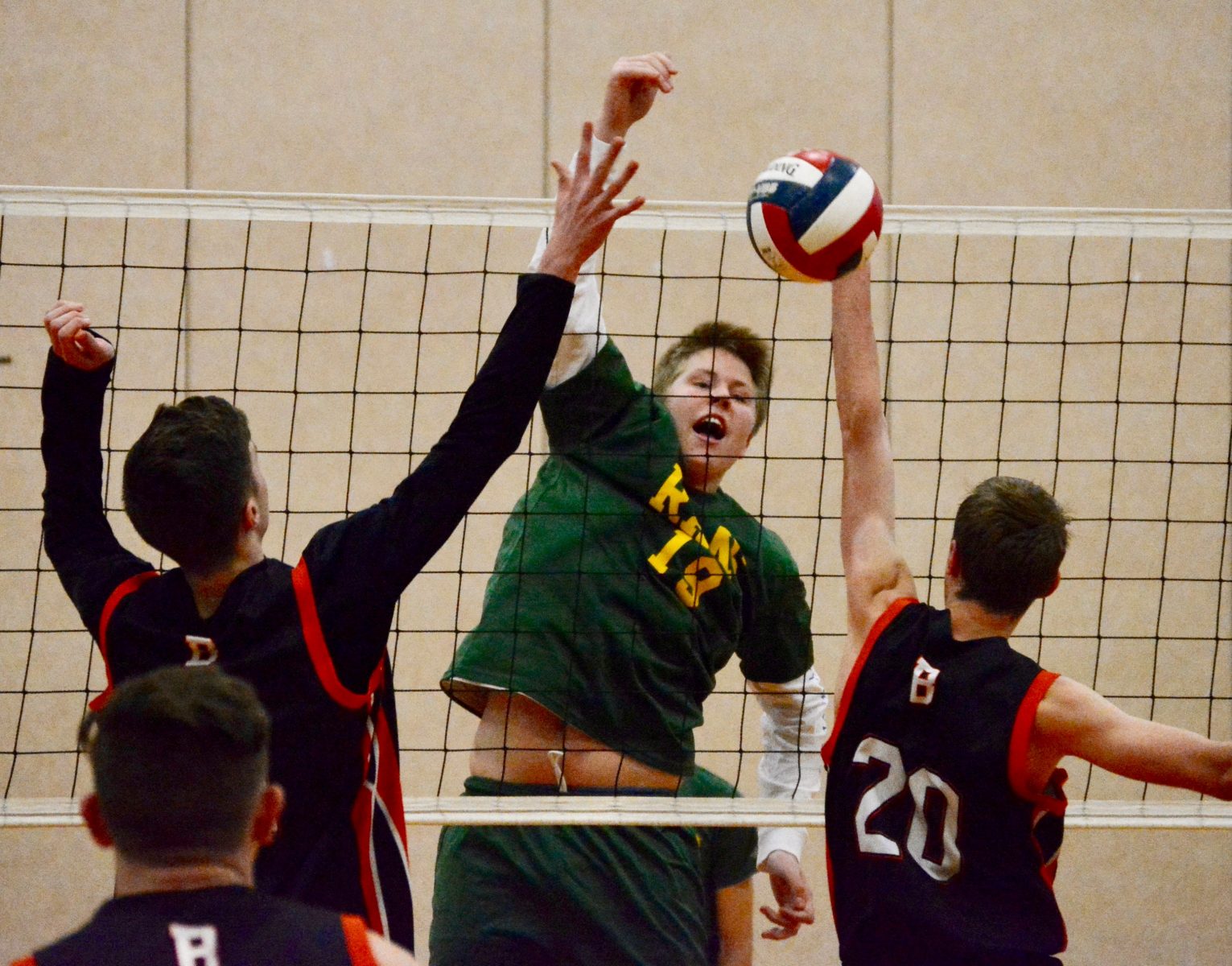 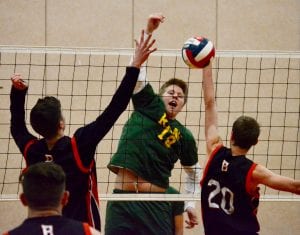 BELCHERTOWN – The third time really was the charm for the Southwick High School boys volleyball team.
Southwick avoided an 0-3 start to the season with a win in their third game of the season on the road Monday at Belchertown. The Rams swept the Orioles, 25-19, 25-22, 25-22.
“Our system is coming to fruition,” Southwick boys volleyball head coach Kaitlyn Anthony said. “We were finally able to monopolize on finding and setting up our top hitters.”
Southwick established its dominance early on, scoring eight of the game’s first nine points and racking up a 13-2 lead. The Rams cruised to an easy victory, winning by six points.
The second and third sets proved a bit more challenging.
Southwick fell behind by one point early in the middle frame, but went ahead 9-8 and never looked back.
Belchertown came out with a purpose in the third set, building a 3-0 advantage, and eventually a 14-9 lead, but Southwick rallied. The Rams tied the game at 14, 16, and 17 before finally going ahead 18-17.
Belchertown bounced back to knot the set up 18-all before Southwick took the lead for good.
Andy Brown finished with a total of 13 kills for Southwick. Rams’ Nick Brown collected 14 assists and Mason Imbriglio racked up 23 digs.
Anthony noted Imbriglio’s impact on the game, saying, “His passing was on fire.”

LATE RESULTS – Sun., April 8
BASEBALL
Bombers soar on opening day
Westfield 13, Billerica 4
Westfield exploded for seven runs in the top of the fifth inning in a season opening rout on the road.
Baley Collier led the Westfield offense by going 3-for-4 with a double, four runs, and two RBIs. Bombers’ Mike Hall went 2-for-2 with three RBIs and a run scored. Jimmy Hagan singled, walked, drove in one run, and scored twice. Cam Davignon and Mason Collingwood each doubled, scored a run, and had an RBI.
Hagan struck out 11 batters in five innings pitched. He scattered five hits, four runs, and walked two. Brian Strange tossed perfect innings of scoreless relief, striking out four.

Sat., April 7
BOYS LACROSSE
Saints slip past Golden Eagles
St. Mary’s 13, Central 12 (OT)
St. Mary’s boys lacrosse started the season off with a thrilling victory over Central in extras.
“We played a solid first half with our high-energy offense … and a solid performance defensively,” St. Mary’s boys lacrosse head coach Greg Towers said.
St. Mary’s put up eight points in the first half, while only allowing three shots to get past the Saints’ keeper.
Central peppered the goalie late in regulation, sneaking a game-tying goal in with less than a minute remaining.
“We had some communication break-downs defensively with some of our middies,” coach Towers said. Still, St. Mary’s managed nine saves in the third quarter alone.
St. Mary’s nearly notched the game-winner in the waning seconds of the fourth quarter, but a blown whistle halted a fast-break scoring opportunity due to a malfunctioning scoreboard. The Saints stuck with it in overtime as the defense and goalie came up with a big stop and quick clear to send the offense quickly upfield for a score and 1-0 start to the season.
Aaron Blanchard led St. Mary’s with a game-high nine points (7 goals, 2 assists). Saints’ Alex Pallante finished with two goals and one assist, Byron Dudas and Edward Towers had one goal and one assist apiece, and Dakota Noel and Evan Ploof each scored once.
St. Mary’s goalie Jermay Hoar made 14 saves. Saints’ keeper Colin Ramos had three.
Marcus Cranford led Central with eight goals.