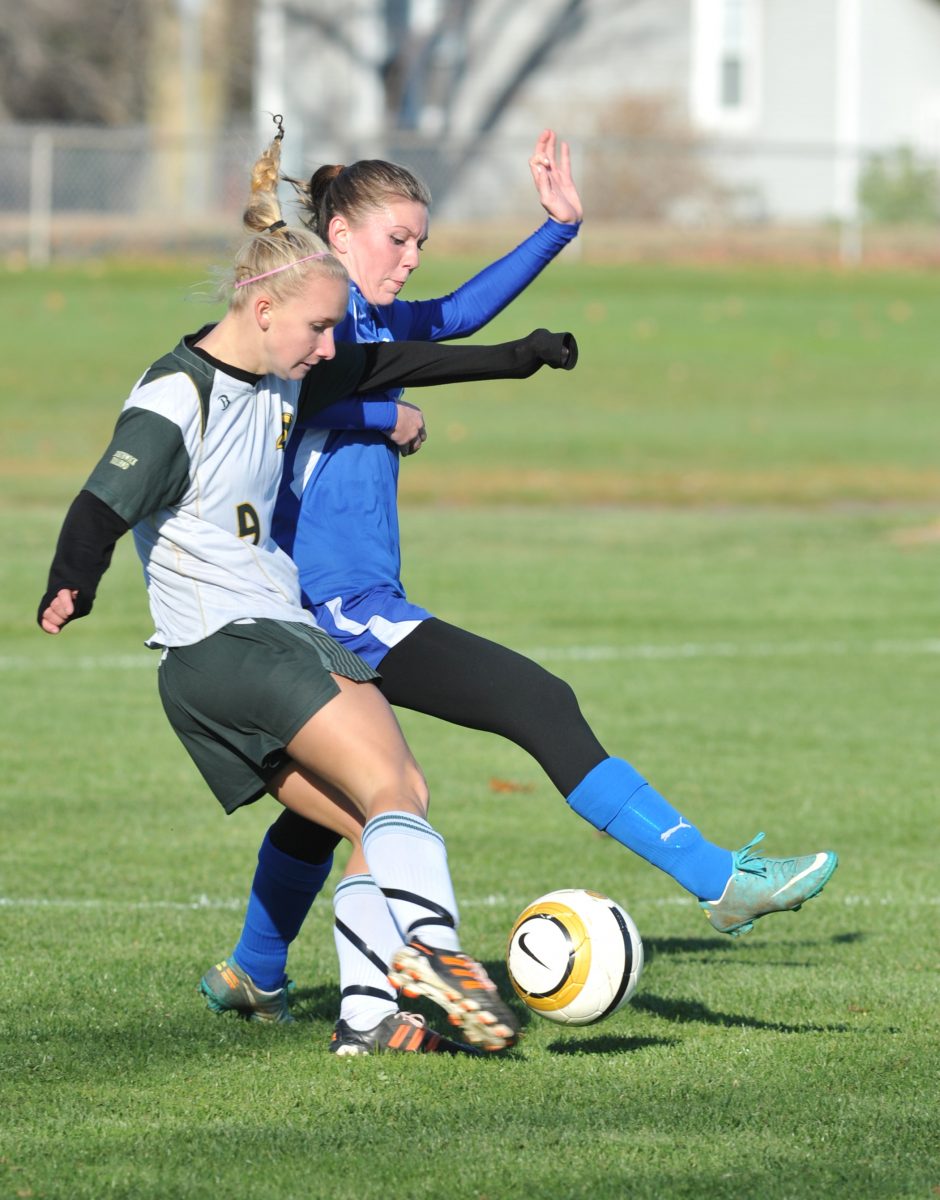 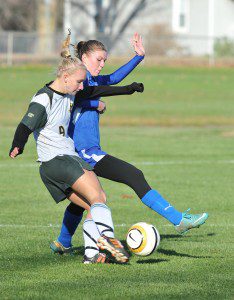 WMASS D2 GIRLS’ SOCCER SEMIFINAL
No. 3 Southwick-Tolland (11-3-5) vs. No. 2 Monson (17-0-2)
Today, Szot Park, Chicopee, 5 p.m.
The Southwick girls’ soccer team has a lofty road ahead of them in facing the undefeated Monson Mustangs in Friday night’s semifinal in Chicopee. But the Rams have proved they have the firepower to get over that hump. 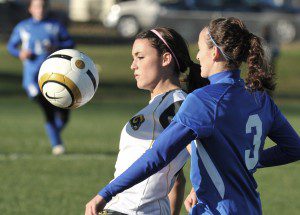 Southwick’s Jess Teodore, rear, and Wahconah midfielder Erin Grogan eye a loose ball. Teodore and Izzy Burns will be expected to score against unbeaten Monson to help the Rams earn a berth in the finals. (Photo by chief photographer Frederick Gore)

Southwick lost to Monson during the regular season, just 2-1, an effort that head coach, Todd Downie said was subpar.
So assuming that the Rams are up-to-par, or even raise the bar, against their opponents, the outcome will be to their coach’s liking.
“They’re a good team – we know that,” Downie said of Monson. “We have to try and play solid. Sometimes we play really, really well. Sometimes we play poorly. If our team plays really well, we’ll be fine. If our team that shows up plays poorly, it’s going to be a long night. You can’t have an off game against them.”
Southwick will focus much of its attention on Monson’s premier scorer, Brooke Murphy, who scored both of her team’s goals in their regular season meeting.
“We’re going to try to shut down their best and force their other players to beat us,” Downie said.
Southwick will counter with two of its best forwards – sophomore Izzy Burns and senior Jess Teodore – and rely on its typically reliable defense, with junior Meg Zabik in goal.
Zabik did not allow more than two goals against in a game this season.
“That speaks volumes about her and the kids who play in front of her,” Downie said.