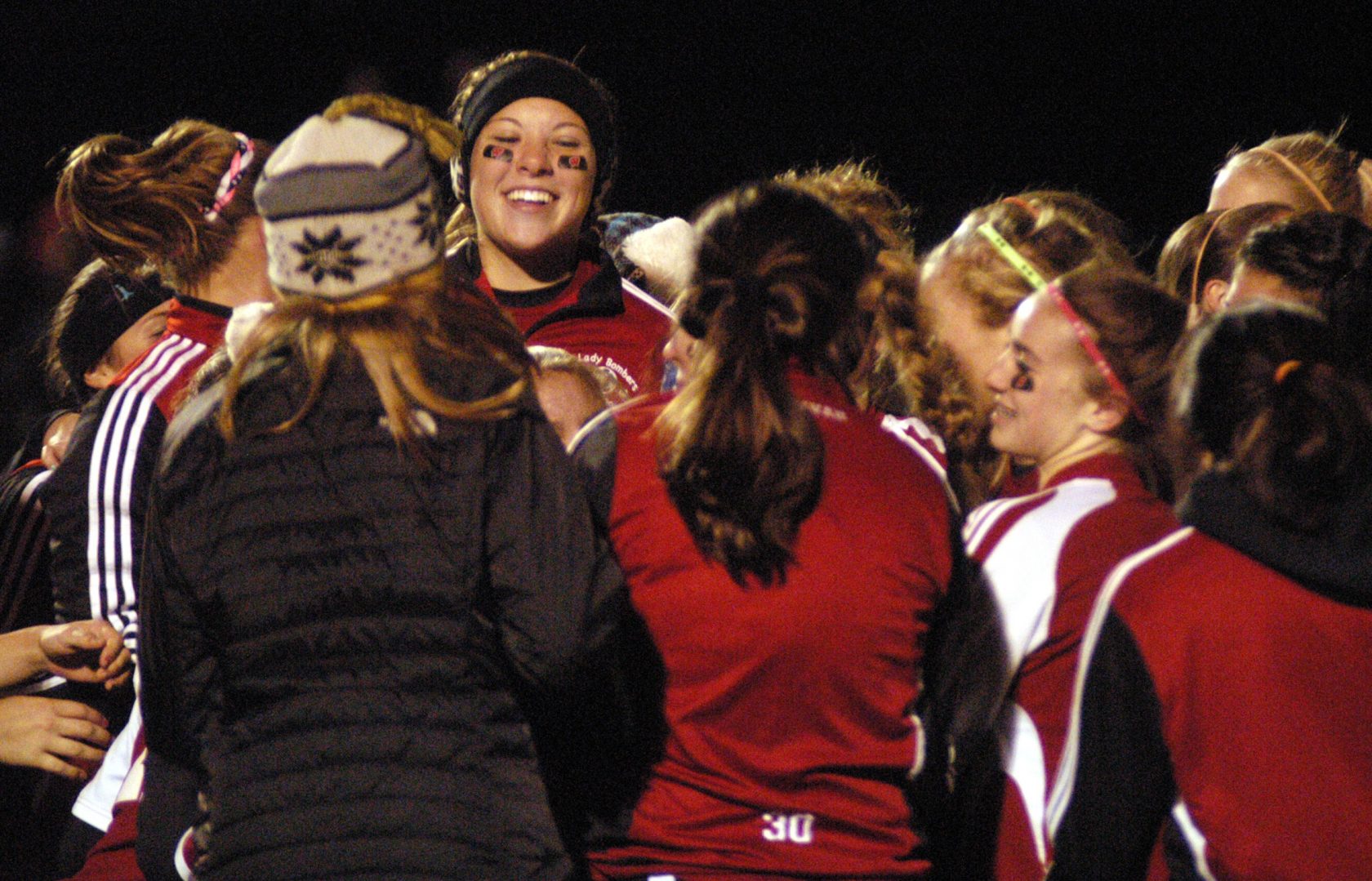 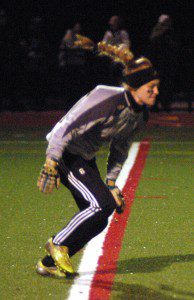 Westfield goalie Amelia Tooker jumps around in celebration after making the final save on penalty kicks in sudden-death shootout to lift the Bombers into the semifinals. (Photo by Chris Putz)

WMASS D1 GIRLS’ SOCCER SEMIFINAL
No. 7 Westfield (11-6-3) vs. No. 3 Minnechaug (10-5-4)
Tomorrow, Westfield State University, 4 p.m.
Westfield High School girls’ soccer coach Keith Saltmarsh said his team has already put its emotional upset of No. 2 West Springfield behind them and are ready to move on.
“The girls have come together on their own,” Saltmarsh said. “They’re ready for the next round. Our leadership has taken the lead themselves and has this team focused on the next game.”
Senior stopper Amy Wardner, junior center-back Jessie Pratt, and senior Amelia Tooker have helped bolster Westfield’s defense thus far this postseason. Those three, along with their midfield mates, will be asked to stop Minnechaug’s forward march.
“I expect them to step up again, show leadership, and have everyone covered,” Saltmarsh said. “We want to make (the Falcons) play wide.”
Westfield adopted a new style of play after the midway point of the regular season, and have prospered. The Bombers will attempt to unleash that attack again this weekend against Minnechaug.
In their only regular season meeting, the two teams tied 0-0. 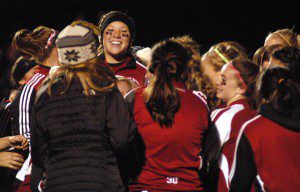 Westfield is all smiles after winning a thriller against West Springfield in the quarterfinals. The Bombers moved on to face the Minnechaug Falcons in the semfinals Saturday at Westfield State University. (Photo by Chris Putz)