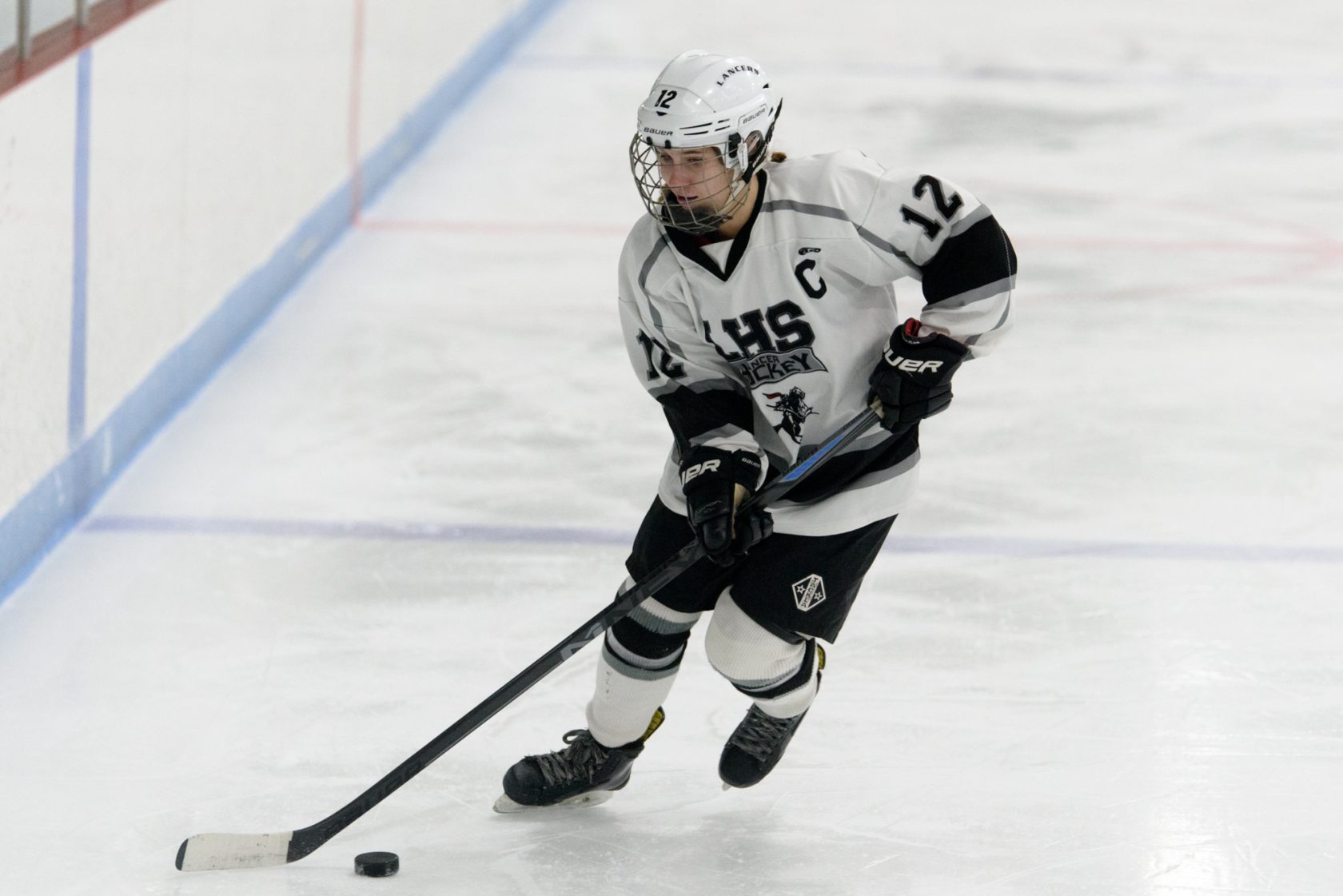 WESTFIELD – The Longmeadow High School girls’ ice hockey team is operating at an all-time high.
Fresh off a thrilling overtime win in the preliminary round of the Division 2 hockey tournament, No. 12 Longmeadow skates into Saturday’s official first round brimming with confidence.
“It was just one of those epic playoff hockey games,” said Longmeadow coach Dave Pelletier, a Westfield native. “You couldn’t have (written) a better script.”
Pelletier said he anticipated 21st-seeded Falmouth would focus its attention on Longmeadow’s leading scorer Brigitte Goeler-Slough (14 goals), but the Lancers had something in their back pocket.
“We knew their focus would be to stop her,” coach Pelletier said. “What they didn’t understand was our depth this year.” 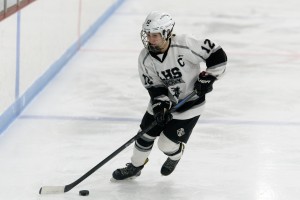 Jordan Kowalski and Mackenzie Pelletier, both from Westfield, each netted second-period goals, and Katelyn Joyal finished off Falmouth with an overtime score. Kowalski set up Joyal’s game-winner.
“Katie Joyal was a game-changer in overtime,” coach Pelletier said. “She put the team on her shoulder.”
Longmeadow surges into its next tournament contest, a matchup against No. 5 seed, Matignon, Saturday at Stoneham Arena at 5 p.m., having won five straight games and seven of its last eight.
“We are playing our best hockey of the season,” Pelletier said. “I couldn’t ask for a better team to be hitting on all cylinders from our goalie to our defense to our offense. We are one cohesive unit.”
Longmeadow is battle-tested, having played teams like Austin Prep, Needham, and others.
“I like our chances … playing this game with the Joyals and Pelletiers,” coach Pelletier said.
Longmeadow will also throw Kowalski at the opposition, a freshman forward who displays incredible “size, speed, skill, and desire from the time the puck drops in the game until the final buzzer rings.”
Notes: The Lancers currently have five players from Westfield on their team, including senior defenseman Brittany Kowalski, senior forward Madison Pelletier, and sophomore defenseman Jolie Walts. …Assistant coach Melissa Vandermyn is a former player for the Central High boys’ ice hockey team, and a four-year player for Williams College.