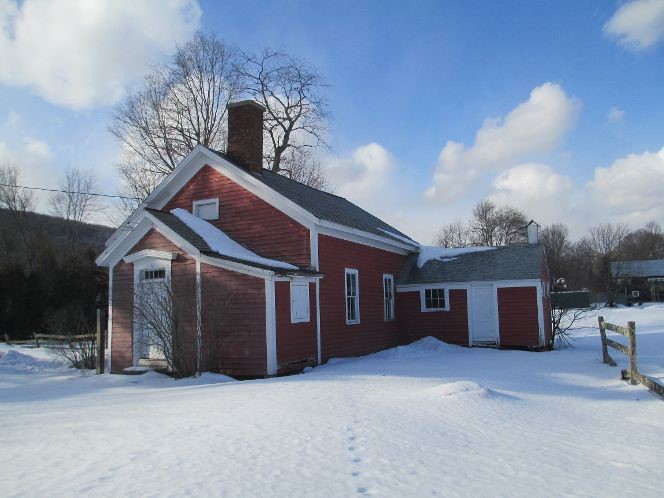 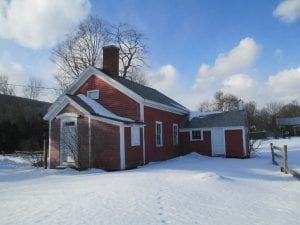 WESTFIELD- The Historical Commission is floating the idea of physically moving the Wyben one-room schoolhouse from its current location to a lot in downtown Westfield due to the inaccessibility of its current spot.

Historical Commission Chair Cindy Gaylord said they determined that there is not enough money to maintain the school in its current location. In a conversation with Tammy Tefft, Westfield’s director of purchasing, she put out the idea of moving the building to the vacant lot directly north of the Westfield Whip Museum building.

“I just think it would be a great destination for it,” said Gaylord, noting that the downtown location and the proximity to other historical sites would be perfect for it.

She later added that there are allegedly some Native American artifacts that have been found down by the river close to the proposed site, adding to the historic nature of the area.

The Historical Commission is responsible for the building, although a local family has offered to purchase the schoolhouse on its current land on Montgomery Road. Gaylord said that the offer is up in the air because they are unsure if the family has the funds for it as well.

The desire to move the building stems from its current location being unreachable by school bus, which eliminates the ability for schools to have field trips to the building as the Historical Commission intends.

Gaylord said that the schoolhouse is in need of sewer and bathroom additions that need to be paid for. The Historical Commission is not allowed to conduct fundraising for the schoolhouse due to city rules.

She also said that the Wyben Schoolhouse is the only remaining, intact one-room schoolhouse in Westfield. Money has been put into maintaining the building over the years, but Gaylord said that a historical architect surveyed the building and determined that it would cost a lot more to maintain than originally thought.

The commissions logic is that increasing the visibility of the building and making it more accessible downtown will allow more funds to be put into it with more people paying to go inside.

“That [current] site won’t work for us,” said Gaylord, “We can’t get a septic system in there and there is no place for buses for the children.”

The size of the building makes the idea of physically moving it far more feasible, with it just being one room. Gaylord noted that the historic Dewey House in Westfield also underwent a similar location transfer, although it did not have to go quite as far as the schoolhouse may.

“It’s just a pipe dream but it’s just not going to happen out there,” said Gaylord, “No one drives by that. No one sees it, so we need the visibility.”

Gaylord noted that Carol Martin of the Westfield Whip Museum was open to the idea of a new historical neighbor.