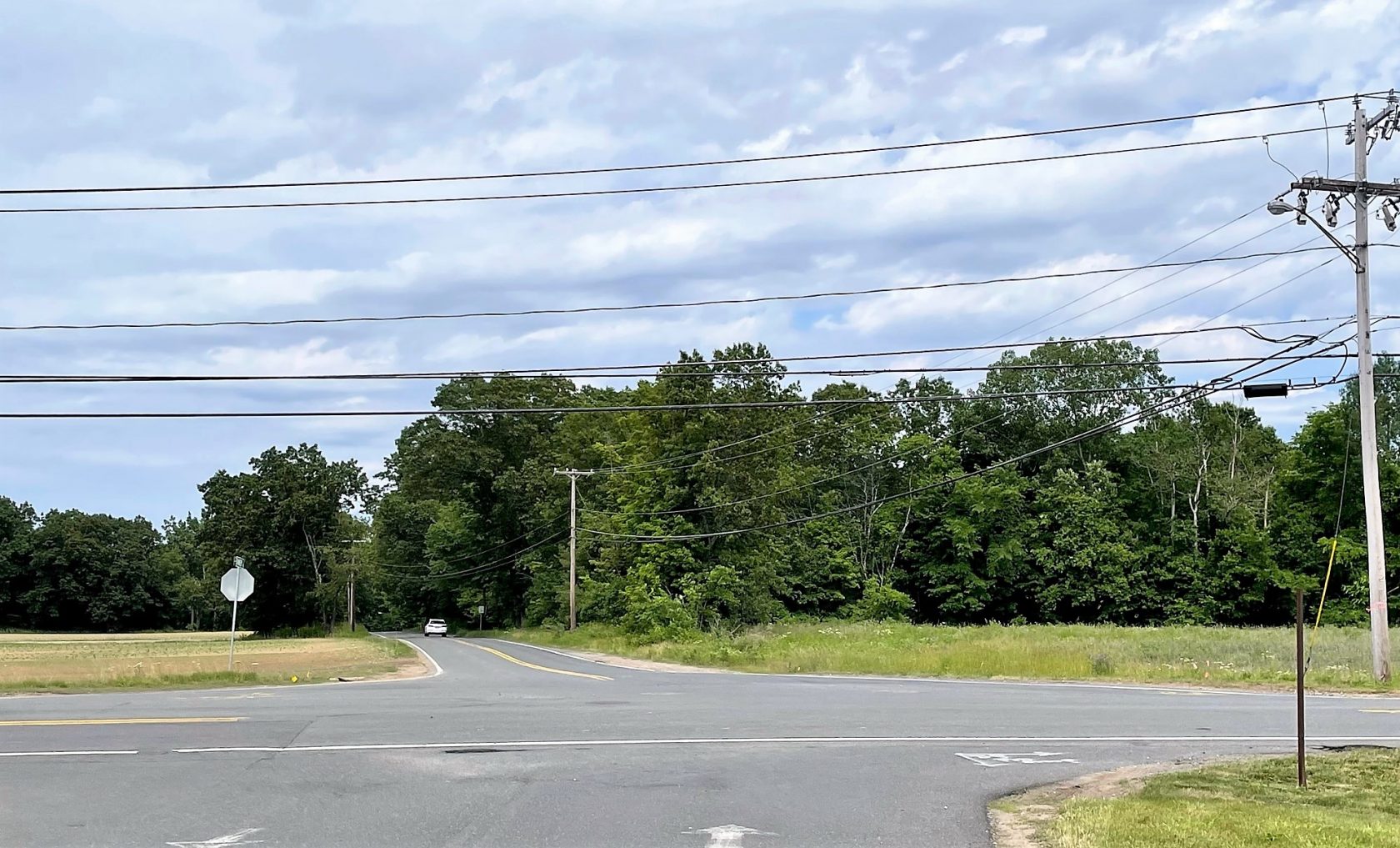 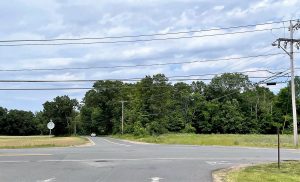 The intersection of College Highway and Tannery Road, Southwick, near the site of a proposed Carvana facility. (HOPE E. TREMBLAY/THE WESTFIELD NEWS)

SOUTHWICK- Residents expressed concerns this week about a proposed Carvana facility during the June 8 Planning Board hearing.

This was the second hearing for the project proposed on the current Griffin Land Trust on College Highway and Tannery Road. The Planning Board is awaiting an updated plan from Carvana that takes into account input from the Department of Public Works.

Carvana is an online vehicle retailer that allows customers to purchase vehicles online without ever needing to set foot on a car lot.

Because the updated plan was not ready for the June 8 meeting, the hearing was continued to June 29 at 8 p.m., but not before residents were given the chance to make public comments and ask questions about the project.

Southwick resident Sue Stevens said that she lives near the area where Carvana wants to build and is concerned about the impact on traffic. Jessica Allan of R. Levesque and Associates said that part of Carvana’s plan to mitigate the traffic impact is to offset the start and end of employee shifts from typical peak commute hours.

Allan said there will be some trucks going in and out of the site throughout the day, but that they will be timed so that fewer trucks are coming in or out during peak commute hours.

Stevens also asked if the main building would be eight stories tall, a rumor she had heard about the project. Allan said that this is not true, and the building would only be one story tall and would not be visible from College Highway. Carvana will not own the section of the lot that leads up to College Highway, so no development will take place near the side of the road.

Another resident expressed concerns about the facility’s water usage considering the water ban in place in Southwick.

Planning Board Chair Michael Doherty said that the outside water usage ban “has to do with the actual conditions that exist and the current drought conditions.”

“That is to be distinguished with the usage caps we have and that is what led to the moratorium recently. there are usage caps to how much water can be drawn out of the ground daily and over the course of a year,” said Doherty.

Allan said that the Carvana facility is projected to use 9,000 gallons of water per weekday. She said that it is critical for the facility to have water access because of their car washing component.

“There was a big spike in water usage last year. I think it is logical to believe that everybody sitting at home and doing a lot more at home had some connection to that,” said Doherty, “That is going to start to fade away as we move out of the pandemic.”

He noted that the Town Meeting vote to upgrade water infrastructure had nothing to do with the Carvana project. The improvements would increase the size of the pipes bringing water from Springfield to Southwick, which would increase the amount of water the town would be able to bring in and use on a daily basis.

“That wasn’t Carvana specific, it was more in response to the fact that we were hitting up on limits last year and we need to find a way to adjust that if there is going to be any sort of reasonable growth in this town,” said Doherty.

Allan said that Carvana would also have a water reclamation system so that some of the water can be reused, and there would be no direct dumping of waste water into groundwater.

“Our pre and post storm water runoff must be exactly the same,” said Allan.

Resident Cynthia Marshall voiced concerns about the number of parking spaces and vehicles and how traffic will be affected. There will be 428 employee parking spots in addition to approximately 8,700 parking spots for vehicles Carvana will be putting up for sale. The estimation is that 2,664 additional vehicle trips will be made through the intersection of College Highway and Tannery Road each week day.

Allen said that there will not be 8,700 vehicles on the lot on the very first day they are open. There will be a phased opening of the facility in which vehicles would slowly be added.

Marshall said that she is opposed to the construction of a Carvana facility.

“Putting this humongous industrial development in this town anywhere, is not good, not good for southwick at all,” said Marshall.