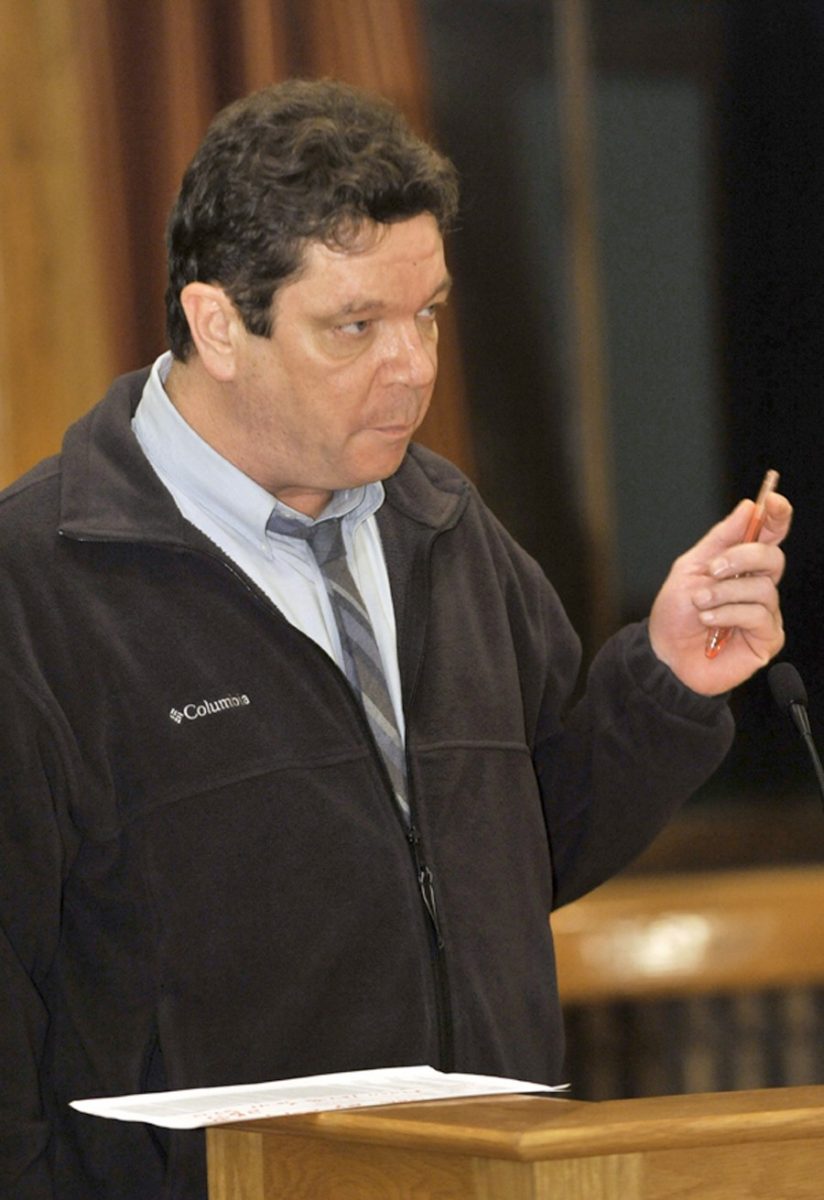 WESTFIELD – Residents routinely appeal to the Zoning Board of Appeals for relief from the city’s zoning law and regulations, typically by seeking the board’s approval of dimensional special permits and less frequently by asking that the ZBA members grant a variance.
Even less rarely, the ZBA is asked to reverse or overturn a decision made by the Superintendent of Buildings whose job is to interpret and enforce the city’s zoning laws.
In a case presented by a Lewis Street last night, the board was petitioned to order the Superintendent of Buildings to take “enforcement action” on what the resident described last night as a code violation.
James Pettengill, who recently retired from his post as City Assessor, said that his property at 4 Lewis Street and the “subject” property at 89 Meadow St. are contiguous, with the rear of the Meadow Street property meeting the side of his property, which has been in his family since 1936.
The core of Pettengill’s request is that the Meadow Street building is zoned for Business-A usage, which allows residential use only by special permit issued through the Planning Board.
Pettengill is contending that the current Superintendent of Buildings, Jon Flagg, should have taken action and ordered the property owner to cease and desist converting a business area to residential use and sent the owner to the Planning Board to obtain a special permit.
The Planning Board would have also conducted a site plan review to ensure that the facilities, such as parking, of the Meadow Street property are sufficient to support an expansion of the residential use.
ZBA Chairman Michael Parent stated that the building at 89 Meadow Street, which has always had a residential component, is at least a hundred years old or older, and outdates by far the city’s zoning code of ordinances adopted in 1952, meaning that the building falls into the status as a pre-existing, non-conforming use.
Pettengill said that may be the case, but if that pre-existing, non-conforming use was expanded, it should have required a special permit and site plan review to ensured that adequate facilities were provided.
“They are converting a non-conforming mixed-use building to an all residential use building in a Business-A zone,” Pettengill said. “They have expanded the non-conforming use, not the allowed business use.”
The discussion also included an attempt to determine triggers which could require a Planning Board special permit review. Those triggers are based upon a 10 percent increase in the square footage of the non-conforming use or upon 25 percent alteration of the total property, both of which Pettengill claim were tripped.
“What can we do to rectify this?” Parent posed to the board members.”Do we send this to the Planning Board to make sure it satisfies all of the (special permit and site plan) zoning requirements?”
ZBA Member Martin Newman suggested that the board first seek an opinion on several issues from the city’s Law Department before making any decision.
“None of this is a simple issue – we really do needs the assistance of the Law Department,” Newman said.
The board voted to continue the public hearing while the issues are under Law Department consideration and began to list major issues which have to be determined before further action is taken.