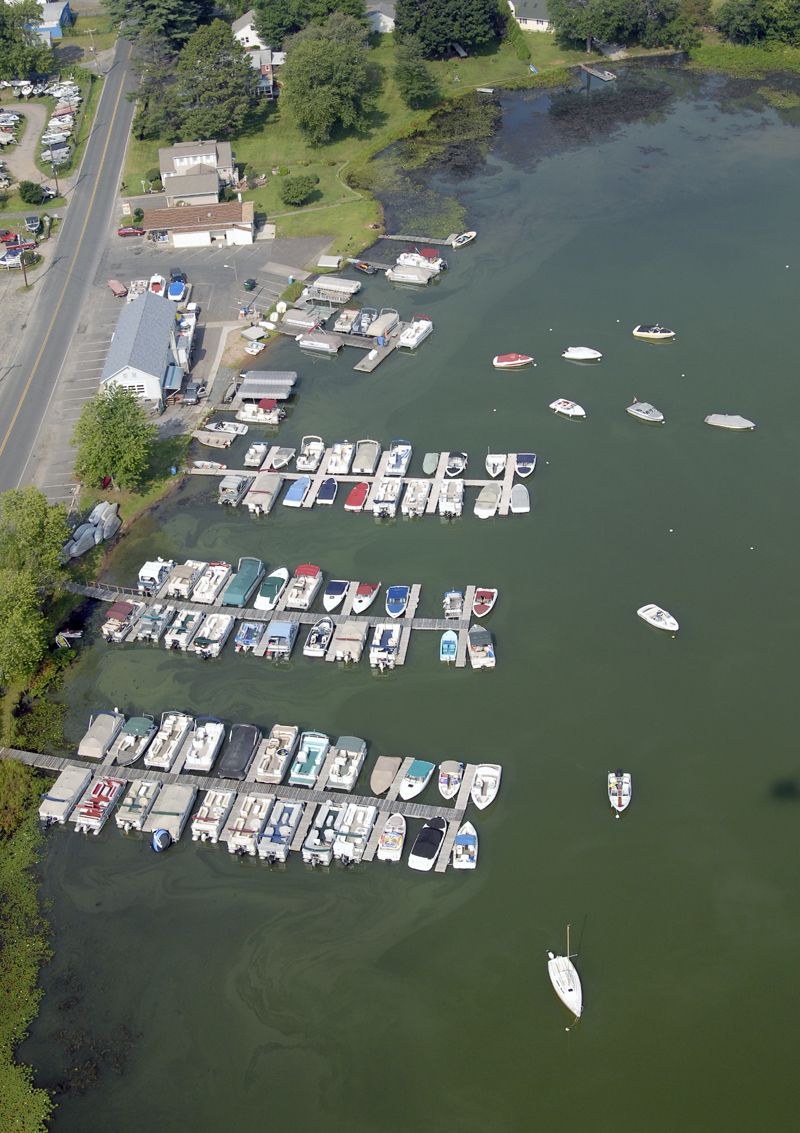 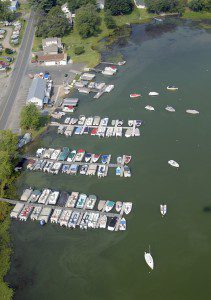 SOUTHWICK- Residents and town officials are pushing the state to provide funding to treat Lake Congamond due to an increase in algae blooms in recent years and concerns over cyanobacteria contamination.

Members of the Southwick Lake Commission and Citizens Restoring Congamond have begun a campaign to pressure the state government to free up funds to help give Lake Congamond a more permanent treatment to clean the waters.

While North Pond tested negative for cyanobacteria, Middle and South Ponds were given a copper sulfate treatment in recent years. However, Michelle Pratt of Citizens Restoring Congamond and Dick Grannells of the Lake Commission said that an aluminum sulfate treatment will be necessary, or the lake risks being closed next summer and onwards.

“Over recent years, the algae has been treated with copper sulfate, but that is just a band-aid approach,” said Pratt, “You can only do that so many times, and we have used two-and-a-half tons of it recently.”

She said that the preferred aluminum sulfate treatment would not only last longer, but have fewer negative effects on the lake’s environment. The treatment would be good for an estimated 15 to 20 years. In addition, much in the way of antibiotics, using the same treatment too often in a short period of time could develop copper sulfate resistant strains of algae and cyanobacteria.

Should the lake go untreated before next summer, it may be closed if it is found that there are more than 70,000 cells of cyanobacteria per milliliter of water, according to congamond.org.

Lake Congamond’s shores cut through both Southwick and Suffield, Conn., but it is considered property of the Commonwealth of Massachusetts rather than Connecticut or the surrounding municipalities.

Pratt and Grannells said that they have been sending letters to state officials such as Lt. Gov. Karyn Polito and Rep. Nicholas Bodyga to try to get the existing funds freed up for the “Alum Treatment” as it has been dubbed.

Two million dollars has been earmarked in a state environmental bond bill, but the money has not yet been released.

“We are not looking for our taxpayers to fork over more cash,” said Pratt.

The working belief for the cause of the recent algae blooms in Congamond and other local bodies of water has to do with their sheer age. Lake Congamond is approximately 14,000 years old, giving plenty of time for muck and decaying plant matter to accumulate at the bottom of the lake. The lake was likely formed sometime during the most recent ice age.

Human activity, however, has had a severe impact as well. Much of the shoreline of the lake is developed with homes and businesses. Fertilizer runoff, detergents, and waste accelerates the conditions needed for these algae blooms to thrive once the warm weather begins.

Grannells said that the optimum time to do the alum treatments is in the spring.

“We tried to get it treated last spring. That is the best time to do it,” said Grannells.

He added that part of the issue may be that most of the Massachusetts side of the lake has sewers, while  the Connecticut side does not.

Pratt said that another factor may be that the lake itself has just two outlets for the water, and they have both become clogged with muck and fallen branches, impeding the water’s ability to filter out. Grannells noted that there are dredging projects in the works to get those blocks cleared up to help the water flow better.

Grannells said that there have been at least five algae blooms in the last two years. In 2018 there were three blooms, of which two were treated. In 2019 there were two blooms of which only one was treated.

Some residents have reported recently on local social media pages that there have been notable amounts of deceased pumpkin seed fish washing up on the shores of the lake. Grannells said that it is not likely that the fish died due to cyanobacteria, but instead due to an instant freeze of the lake.

A recently rapid onset of freezing temperatures may have caught some of the fish off guard, trapping them in the ice. Grannells added that there was a similar freeze in recent years that trapped geese in the ice the same way these fish were trapped.