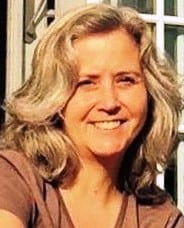 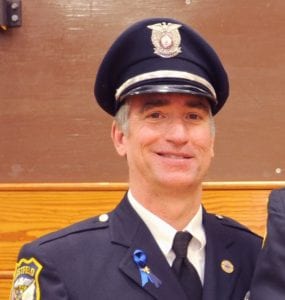 Amy Fanion, 51, died May 8, 2018. Her death at the time was ruled a suicide, using Fanion’s police service gun as the weapon.

Assistant District Attorney Mary Sandstrom painted a picture of a couple that was struggling and said the Fanions argued over Brian Fanion’s pension, and that he was having an affair. She also stated that Fanion had searched for an apartment hours before his wife’s death and had also conducted online searches about poison. She said the gunshot wound was not consistent with suicide.

Defense attorney Jeffrey Brown said Fanion did not kill his wife, who was struggling with health and other challenges. He stated there was no affair and Fanion had a friendship with a woman who was also friends with his wife. He also noted that Fanion had the support of his own family as well as Amy Fanion’s family, who wrote a letter to investigators stating they believe Amy Fanion took her own life.

Fanion joined the Westfield Police Department in 1985 and became a detective in the 1990’s, a position he held until his retirement shortly after his wife’s death. In 2015, Fanion was issued the department’s Badge #1 for being the longest serving rank and file officer in Westfield. He is a current member of the Westfield Retirement Board, appointed by the mayor.

Amy Fanion’s obituary described her as a “ray of sunshine” and a “passionate wife and mother.”

The Fanions had two children.

The Westfield News will continue to follow this ongoing story. Check thewestfieldnews.com for updates.