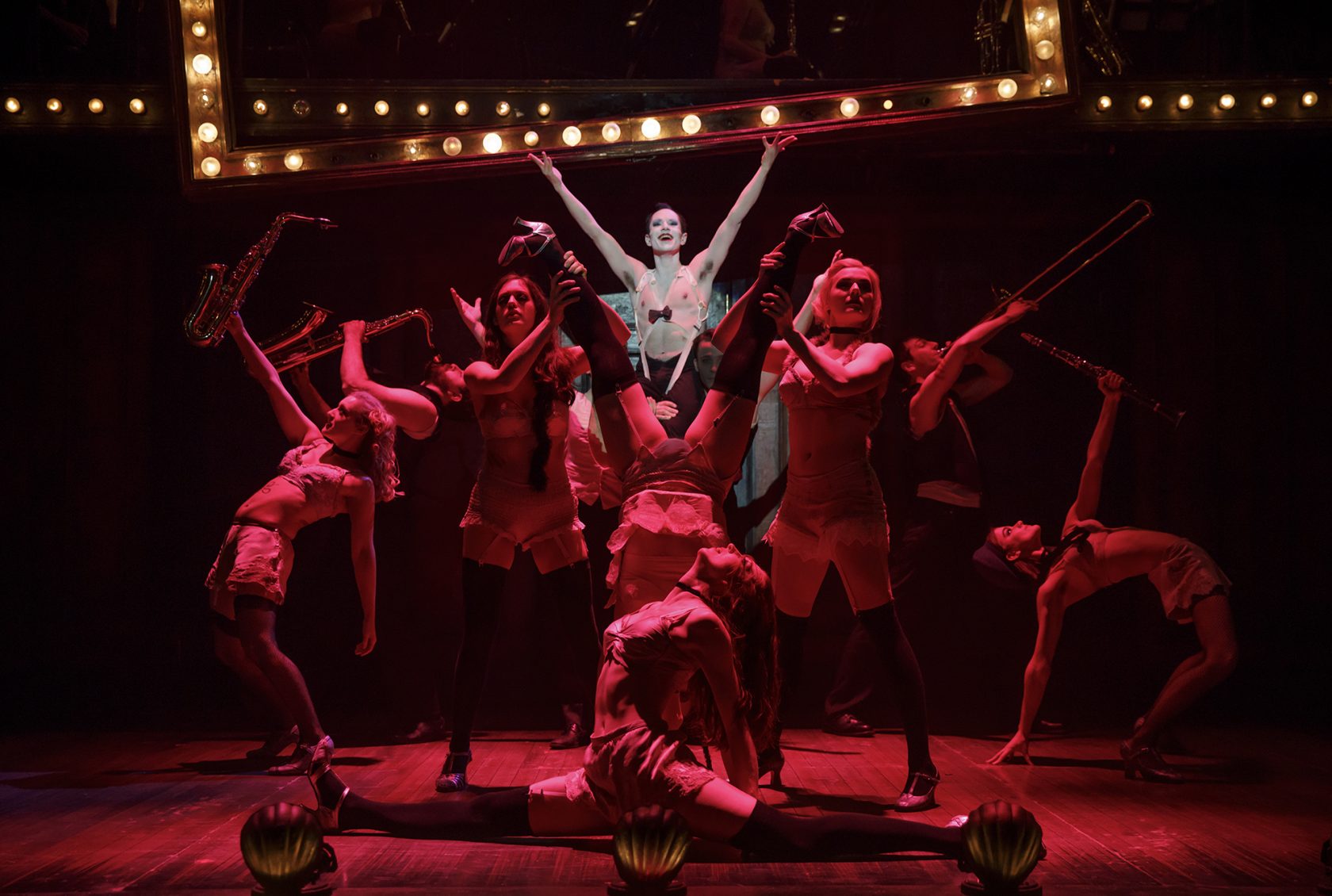 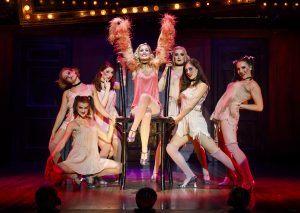 Today, with the political pendulum turning back the clock in Washington, Cabaret is as provocative and uncomfortable, as it must have been for its audiences back in the day. The script has not been altered to reflect to current political discontent, but it’s so painfully relevant on so many levels. 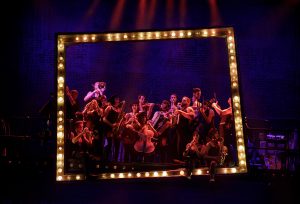 “Life is a cabaret, old chum” sings the oblivious Sally Bowles, as a despotic regime slowly strangles the careless and care-free pre-War frivolity of 24/7 Berlin. In 1966, when Cabaret first opened on Broadway, most theatregoers remembered the impact of the Holocaust and the discontent on American streets in the shadow of the Vietnam war. The award-winning musical, with music by John Kander, lyrics by Fred Ebb, and book by Joe Masteroff, based on John Van Druten’s 1951 play I Am a Camera, which was adapted from Christopher Isherwood’s Goodbye to Berlin  was a landmark in musical theatre. Harold Prince’s staging was electrifying and its score turned into standards.

Cabaret was a big hit in its day, turning Kander and Ebb into major Broadway composers and lyricists. Their musical Chicago has been running on Broadway for decades. Cabaret brought Kurt Weill’s muse Lotte Lenya back to Broadway, made a star of Joel Grey, and was a major success for producer/director Harold Prince. The show had a long Broadway run, opened in London with Judi Dench as Sally Bowles, and later headed for Hollywood.

Legendary Broadway director and choreographer Bob Fosse helmed the film version. He used different characters from Isherwood’s novella; had Kander and Ebb write many new tunes for the film. He made Sally Bowles an American, cast Liza Minnelli as Sally, and Cabaret became one of the finest film musicals ever produced.

The Roundabout reimagining is sharp and focused, and the tour copies the original sets, costumes, lighting, and choreography of the original. The performances are enthusiastic, but everything’s been toned down for the ease of touring the country in one night stands. This production isn’t on the level of one you might see at The Bushnell, but some of the talent could definitely make its way to the Broadway milieu. 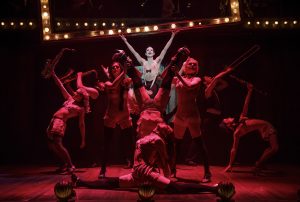 The standout performances included Audrey Federici and Fred Frabotta as an elderly couple, she German and he Jewish, who sadly realize that their relationship will not survive the tumult, if they want to survive. Their rendition of “It Couldn’t Please Me More”, alongside the orchestra’s snappy Entr’Acte, and Bailey McCall Thomas, as Sally Bowles, singing the title song, were the show’s high points.

This tour performance of Cabaret in Amherst, sponsored in part by The Westfield News Group, was a one-night stand, but the tour plays other New England dates. For tour information: http://cabaretmusical.com/tour-dates/

Some of the upcoming events on The Fine Arts Center’s eclectic season include: Air Play on March 20; BalletX on March 29, and The Silk Road Ensemble on April 12.

Mark G. Auerbach studied theatre at American University and the Yale School of Drama. He’s worked for arts organizations and reported on theatre for newspapers and radio. Mark is producer and host of ArtsBeat Radio on 89.5fm/WSKB.