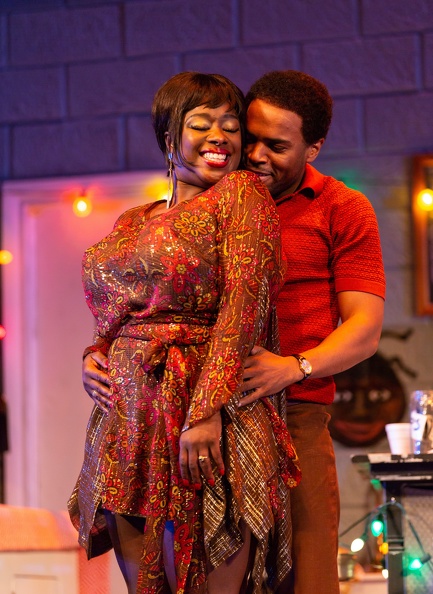 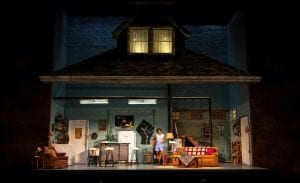 Hartford Stage is presenting Dominique Morriseau’s Detroit ‘67, a co-production with New Jersey’s McCarter Theatre,in a partnership which gave us Murder on The Orient Express and The Age of Innocence last season. The show received positive notices in New Jersey, so I was anticipating this production. It’s directed by Jade King Carroll,.whose direction of Emily Mann’s Having Our Say: The Delany Sisters’ First 100 Years was a Hartford Stage highpoint for me, especially for the elaborate dinner scene cooked onstage..

Dominique Morriseau is one of the most talked-about contemporary voices in the American theatre. Morisseau is among 25 individuals nationwide to be named as a MacArthur Foundation 2018 MacArthur Fellow (also known as the “Genius Grant”). Her theatre pieces are performed regularly at theatres across the country. Theaterworks produced Sunset Baby a couple of years ago, and Pipeline is on the WAM season schedule. Morriseau will make her Broadway debut this spring as book writer for the musical Ain’t Too Proud: The Life and Times of the Temptations. 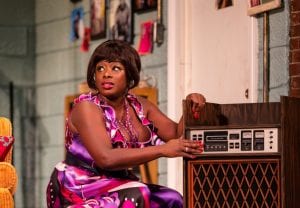 Detroit ‘67 explores the lives of several people caught up in the infamous Detroit race riots of 1967, which began in the early morning hours of Sunday July 23, 1967. The precipitating event was a police raid of an unlicensed, after-hours bar. When all was said and done, the result was 43 dead, 1,189 injured, over 7,200 arrests, and more than 2,000 buildings destroyed. All of this was playing out as Detroit, or Motown, became famous for churning out pop music. The Supremes, Stevie Wonder, Smokey Robinson, Marvin Gaye and Tammy Terrell, The Temptations, and The Four Tops all had hits during that long hot summer of 1967.

in Detroit ‘67, two siblings are at odds with how to spend their parents’ estate. Lank, powerfully played by Johnny Ramey, and his friend Sly want to buy a bar. Sister Chelle, in a tour de force performance by Myxolydia Tyler, has other ideas, although the siblings run an after-hour joint in the family home basement. A mysterious white woman, who has been the victim of a beating, is taken in, and Nyahale Allie is Bunny, a character who provides some much needed comic relief.

Morriseau has created strong characters and given them some interesting interactions, infused with the Motown sounds and Karin Graybash’s superb sound design, which bring the riots outside all too close to the home. Jade King Carroll’s direction is packed with nuance and balance, and she help temper the play’s anger with humor. Riccardo Hernandez’ tenement basement set; .Dede M. Ayite’s spot-on costume design, and Nicole Pearce’s lighting are great. 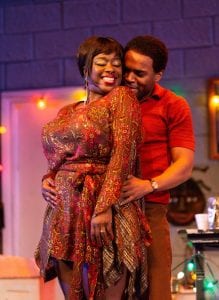 Dominique Morriseay has plenty to say in Detroit ‘67, and director Jade King Carroll helps balance the mesage. Detroit ‘67 is a polished play with stirring performances.