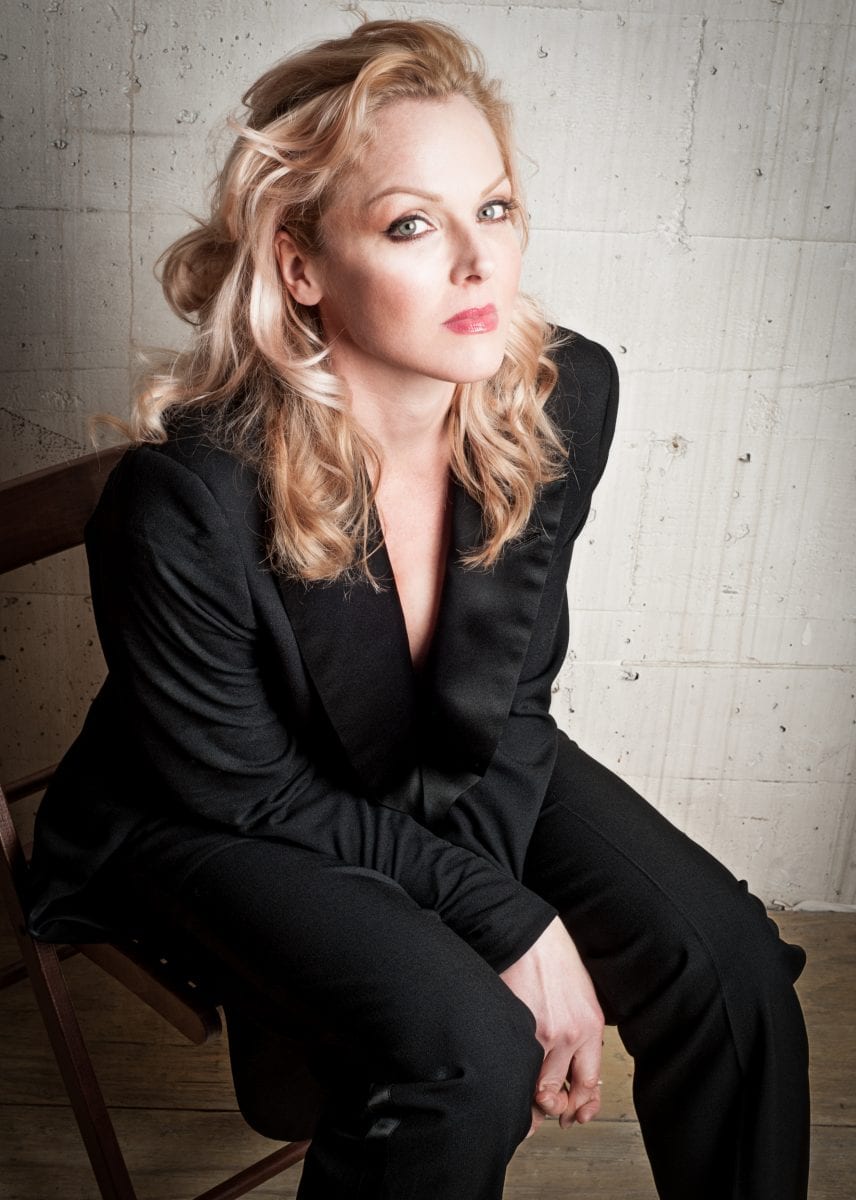 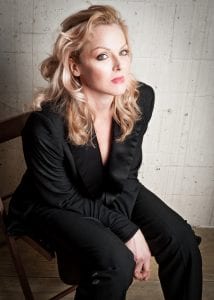 I had never heard about Pink Martini until a couple of years ago, when a friend shared a video of NPR reporter and All Things Considered host Ari Shapiro performing with this one-of-a-kind lounge band. Shapiro was mesmerizing as a singer, and the band’s repertoire was amazing, but the piece-de-resistance was their vocalist Storm Large.

Storm Large still performs with Pink Martini. But, Large is back on home turf with Le Bonheur, and their holiday show.closed the fall season at the UMass Fine Arts Center.

An accomplished artist, and author, Storm Large got the public’s attention as a finalist on CBS’ Rock Star Supernova, before joining Pink Martini in 2011. She tours with Le Bonheur, performs with folks like k.d lang, Rufus Wainwright, and major orchestras. Her memoir, Crazy Enough was named Oprah’s Book of The Week. She performed in the musical Cabaret, and she’s developing a musical for The Public Theatre. She performs in Massachusetts a lot, in larger venues like The Fine Arts Center and Pittsfield Colonial Theatre, where she performed the spring before last. She also plays small venues like CityStage, where I last saw her.

Her 90-minute set ran the gamut from some original works to some remixed Cole Porter An original song about love, inspired by marriage equality, was stunning. Her vocal technique is solid, whether she’s in rock mode or more introspective musical theatre style. Le Bonheur, her band, with James Beaton on piano, Matt Brown on electric bass, Greg Eklund on drums, and Scott Weddle on guitar, is terrific.

Large has style, stage presence, and a great instrument.  Storm Large’s Holiday Ordeal put everyone in holiday mode. The Westfield News Group was one of the sponsors.