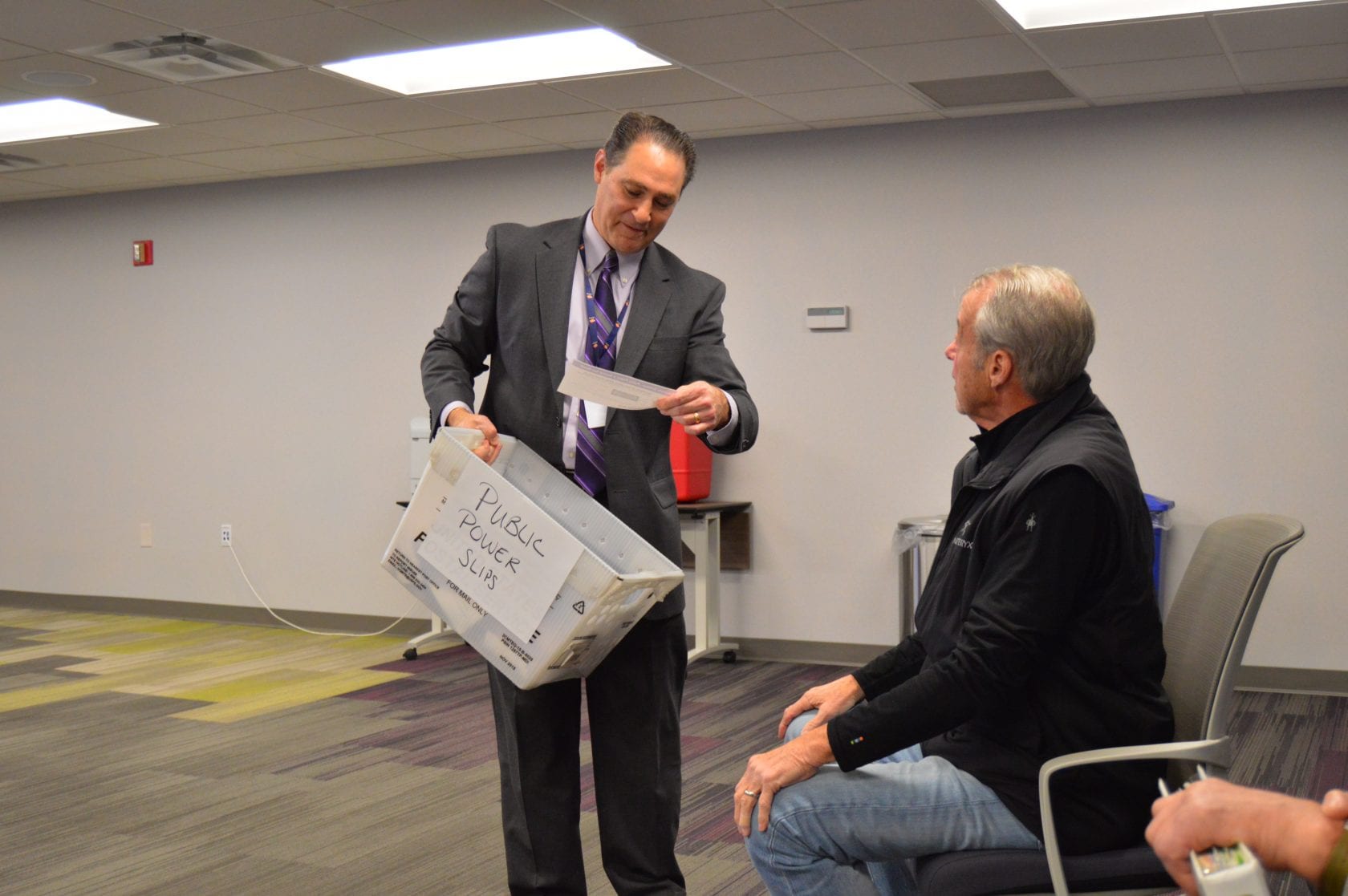 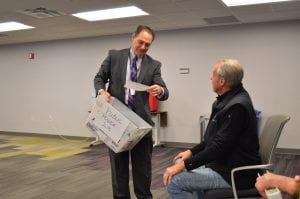 WESTFIELD- The Municipal Light Board met Wednesday evening for their final regularly scheduled monthly meeting of 2018 and the first meeting under new General Manager Tony Contrino.

The meeting began with a section for public participation and the first person to speak was Ward 5 city councilor Bob Paul, who also acts as the liaison between the City Council and the Light Board. Paul was largely concerned with the situation surrounding the vacant Ward 5 seat on the light board.

“I sent a note to the chair the other day to get Ward 5 voted in and announced tomorrow,” said Paul.

Paul also suggested that there should be no more votes regarding the General Manager of Westfield Gas and Electric until the Ward 5 seat is filled.

The second person to speak during public participation was former Municipal Light Board Ward 5 Commissioner Thomas Flaherty. Flaherty, who resigned from his position on the board earlier this year, announced his interest in returning as Ward 5 Commissioner.

“I put my name in the hat to become the Ward 5 Commissioner in October,” said Flaherty, “I am still interested in the Ward 5 position.”

The board also discussed Public Power and Public Gas Month, which was in October. Back in October, customers of Westfield Gas and Electric were able to fill out a form to enter a random drawing to be one of three people to receive a $100 credit to their utility bill. The names were drawn at the meeting Wednesday. The winners were Almon Schmidt, Dennis Loveland, and Karey Mulvenna.

The release of meeting minutes from executive sessions was on the agenda as well. According to General Manager Tony Contrino, the minutes are released twice a year. Ward 6 Commissioner, Robert Sacco, said that releasing the minutes only twice a year was not enough, and suggested doing so quarterly instead.

Sacco made a motion to release executive session minutes on a quarterly basis. The motion passed with five votes in favor, and the only opposing vote being from Ward 3 Commissioner Jane Wensley.

Although the agenda called for discussion on the General Manager’s contract, Sacco said that he did not have the documents ready. Sacco assured the board that it would be ready for the January meeting.

Ward 2 Commissioner Ray Rivera added another item for discussion under Old Business in the agenda. He brought up the Thursday vote for the Ward 5 Light Board seat. The vote will feature the six light board members as well as the 13 City Councilors. Rivera told the board that each commissioner and councilor would draw a random number from a hat and they would vote in that order.

“It’s so nobody says the Gas and Electric people vote first or the City Council vote first,” said Rivera, “everybody’s vote will matter just as much as the next guy.”

Each candidate for the Ward 5 seat will have three minutes to speak. However, the board mulled giving each candidate more time due to there being only three people in the running.

The three candidates to represent Ward 5 on the Municipal Light Board are Thomas Flaherty, Joel Lund and Brian Richards.

The meeting ended with a discussion on the open meeting law violation complaint filed against the board. Sacco said that it is likely that there was a technical violation by the board.

“We’re hoping this will be rectified by the release of the executive session meeting minutes,” said Sacco.

The complaint against the Municipal Light Board claims that the board improperly discussed the hiring of a new General Manager in executive session. The complaint said that this denies the public an open process concerning the methods and selections made by the board.

The board voted unanimously to file a response to the complaint to the Massachusetts Attorney General’s office.