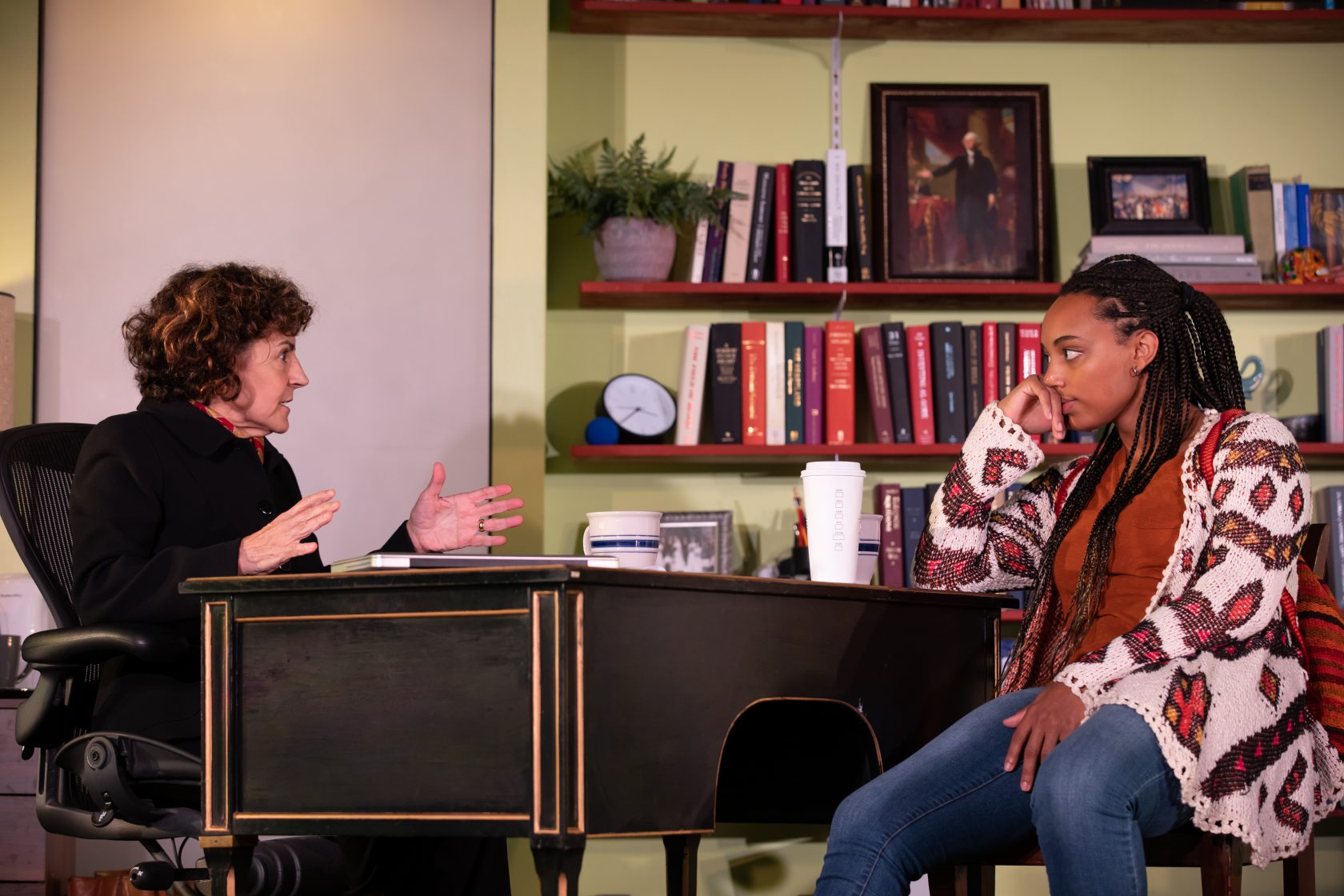 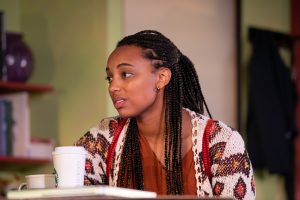 Good theatre has this amazing power to inform and educate while simultaneously entertaining its audience. Rodgers and Hammerstein’s blockbuster musical South Pacific had a song, “You’ve Got to Be Carefully Taught,” where a hero sings that we’re not born with hate, yet we’re taught to hate. We pause. We understand. A half century later, a group of amiable puppets on Avenue Q sing that “everyone’s a little bit racist.” We laugh, yet we understand.

“The Niceties,” Eleanor Burgess’ incendiary play, comes to Chester Theatre Company, after numerous regional theatre productions–all of which have received acclaim. It deals with many issues, including racism, head-on. It packs a wallop like Barrington Stage’s production of American Son, which moved on to Broadway and Hollywood. And, it fits right in with the ongoing debate about racism, white privilege, and critical race theory. 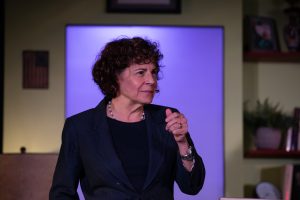 But “The Niceties” arrived before Charlottesville, George Floyd, Black Lives Matter, and the rocky Trump era. And, it’s good theatre.

“The Niceties” was inspired by a 2015 debate that erupted at Yale University, where Massachusetts native and playwright Burgess was a student at the time. (As an alum, I received an email about this incident after it happened, and I recall it to this day).  In Burgess’ compact play, a black student meets with her white professor to discuss her paper about slavery. What unfolds is a shocker in the best sense of a theatrical explosion. You’ll have heard the rhetoric on the talk shows, but the opposite views on race and understanding are raw, because both parties are espousing their views without really listening to each other. And, their attempt to justify their positions clash, because they can’t really hear what the other is trying to say.

“The Niceties” is well-staged by Christina Franklin, but it’s the interplay of the two actors, Andrea Gallo, and Stephanie Everett, that light the fireworks. This is good theatre. Juliana von Haubrich’s set turns the theatre tent at Hancock Shaker Village into an aura of academia. The other design elements satisfy, although at the performance I attended, it was sometimes difficult to hear Gallo’s dialogue. 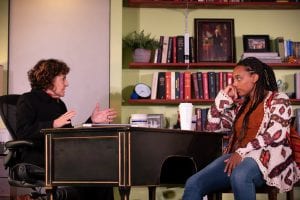 “The Niceties” exemplifies how good theatre can take a hot button issue, present both sides, give the audience space to examine their own views, yet never allow the debate to overpower the art of theatre. It is thoughtful.

“The Niceties” runs approximately 90 minutes with no intermission. Bring your mosquito wipes. Performances only run through July 25.

Mark G. Auerbach studied theatre at American University and The Yale School of Drama. He has worked for arts organizations nationwide, and reported on the arts for print and broadcast. Mark produces and hosts ArtsBeat, Athenaeum Spotlight and On The Mark for WCPC15 and 89.5fm/WSKB, and he’s a regular contributor to Pioneer Valley Radio. He is also a member of the Berkshire Theatre Critics Association.