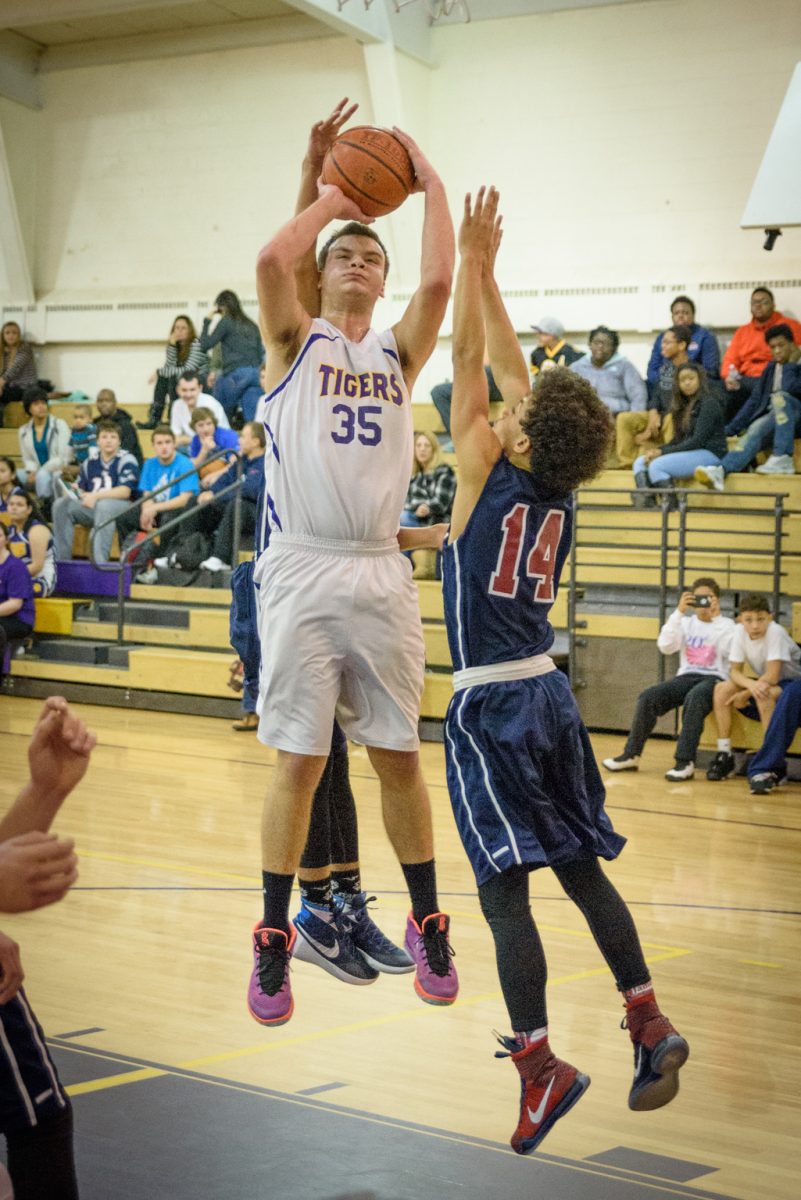 WESTFIELD – The Westfield hoops’ factory took one on the chin Tuesday night.
It was a rough night for every local high school basketball team Tuesday as the opposition slipped by each home team in action.
Thankfully, the Westfield High School hockey team swooped in to save the day. 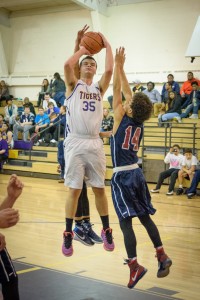 BOYS’ HOOPS
Feliciano, HCSS scorch ‘The Academy’
Hampden Charter School of Science 67, Westfield Tech’s 51
Hampden Charter’s Justin Feliciano had the hot hand, hitting nearly every shot he attempted to lead all scorers with 23 points, 21 of which came in the first half.
Westfield Tech’s Ken Flores did a great job defending Feliciano in the second half before fouling out. Tyler French also fouled out for the Tigers midway through the second half with his team trailing by just two points.
“Costly turnovers and HCSS going 7 for 10 from the line the last 2-3 minutes did us in,” Westfield Tech coach Kyle Dulude said.
Matt Wood scored a team-high 18 points for Westfield Tech. Tim Shevchenko finished with 14 for the Tigers, and Santos had 12.

PVC surges past STM late
Pioneer Valley Christian 44, St. Mary 20
PVC outscored St. Mary 30-10 in the second half to pull away Tuesday night at Westfield Middle School South.
“Again, it’s the same old story,” St. Mary coach Joe Molta said. “We played right with them until the halftime. In the third period, we just have trouble finding the basket and scoring, and our offense sputters a little bit.”
PVC pulled ahead by 16 points in the third quarter.
“We played hard and defensively did a nice job,” Molta said. “We’re just searching for some offense.”

GIRLS’ HOOPS
Beavers block Saints
Putnam 57, St. Mary 25
Putnam raced out to a 23-2 first quarter lead, led by 37-4 at the half, and cruised to a big victory Tuesday. 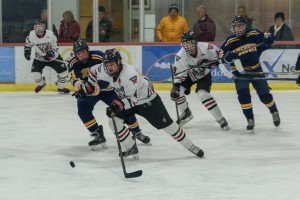 Westfield’s Mario Metallo skates out ahead of the pack Tuesday against Simsbury at Amelia Park Ice Arena. (Photo by Marc St. Onge)