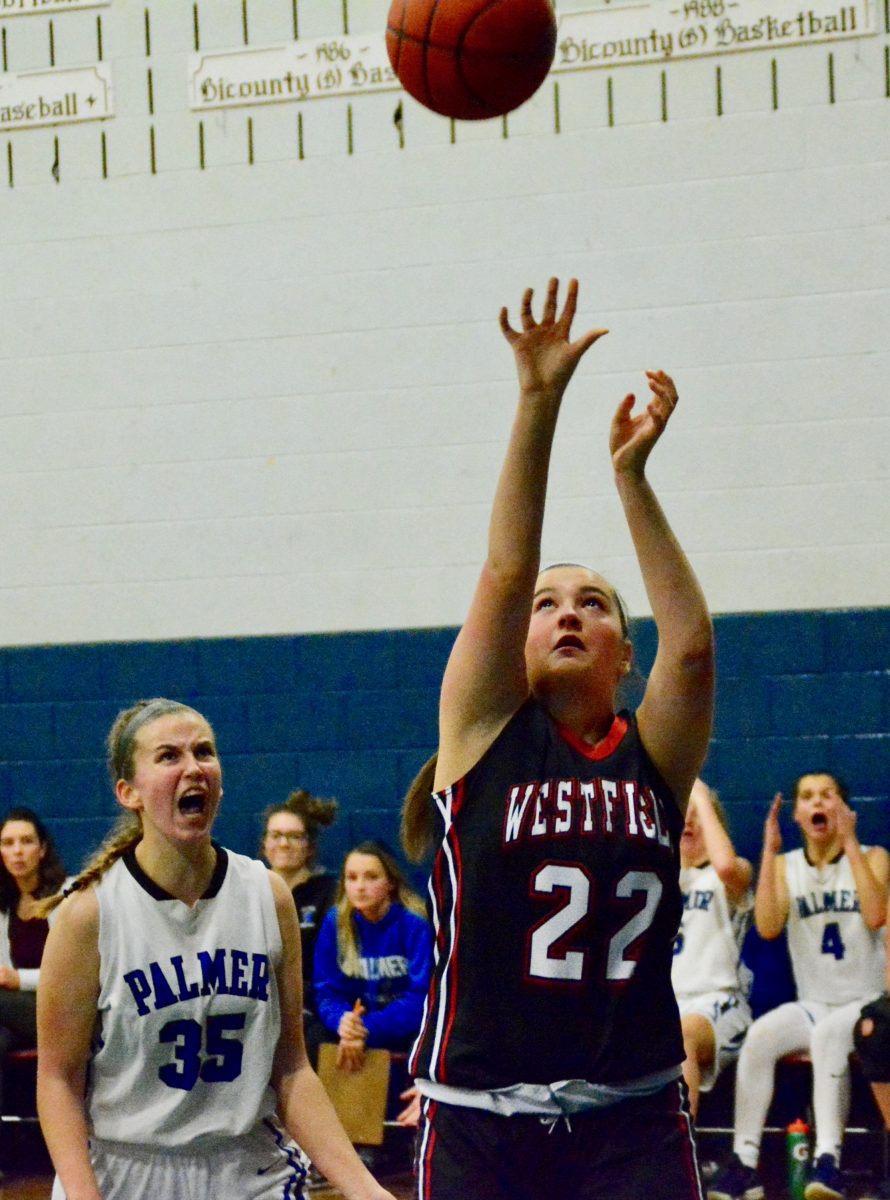 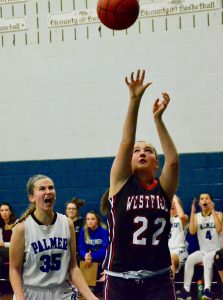 Westfield’s Samantha Kaubris (22) attempts a shot amidst the screams of the Palmer players. (Photo by Chris Putz)

PALMER – The Westfield High School girls’ basketball team easily could have let a potential roadblock slow their progress, but the Bombers prevailed with perseverance and fortitude in the face of adversity.
On Monday night, Westfield surged ahead of Palmer in the first half, and in the second staved off a late Panthers rally as the Bombers held on for a 57-48 victory.
Olivia Hadla scored the final 12 points for Westfield, and finished with a game-high 29.
“I was just trying to set up my teammates and slow things down with things getting hectic,” said Hadla, who shook off defenders and a raucous crowd in Palmer. “Then I just went out there and shot lights out.”
Westfield built a 10-point lead (28-18) through the first two quarters, and came out of halftime fired up.
Casey Almeida drained two consecutive 3-pointers to open the second half, giving Westfield a 34-18 lead. It wasn’t until midway through the fourth quarter that the Palmer Panthers managed to scrape within six points of a tie, 45-39.
That’s when Hadla took over.
With about four minutes remaining, Hadla stole the ball and dropped in an uncontested lay-up. She followed that up with a 4-point play, converting an and-one on a 3-pointer. Two more 3-pointers effectively ended Palmer’s hopes.
“We’re a young team so we’re going to have our ups and downs,” Westfield coach Cyndi Fillion said. “We’re just going to have to roll with them.”