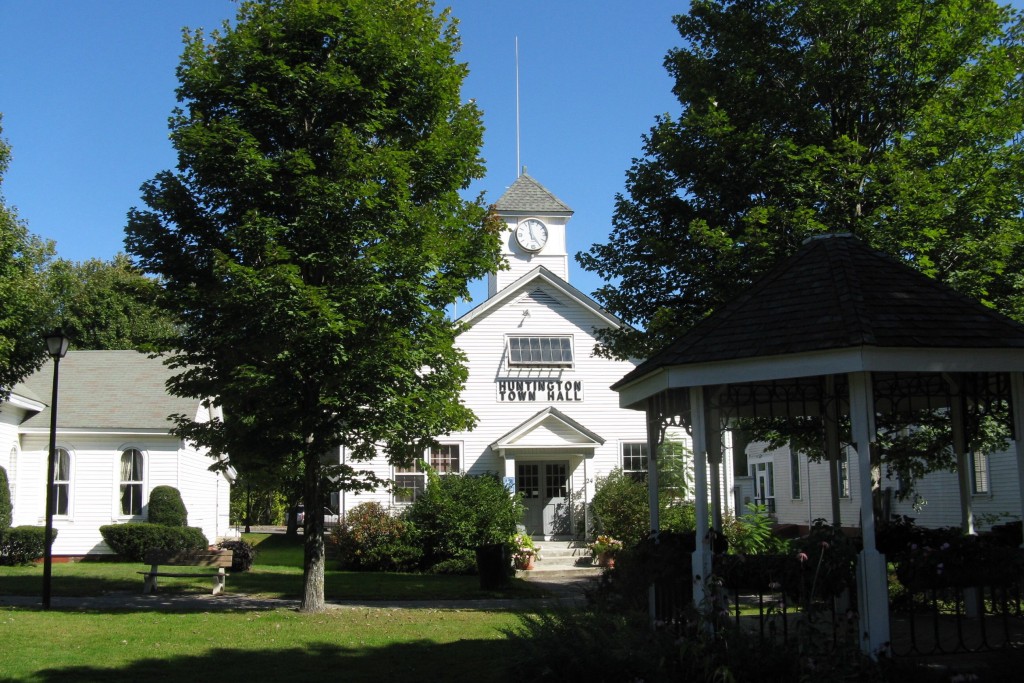 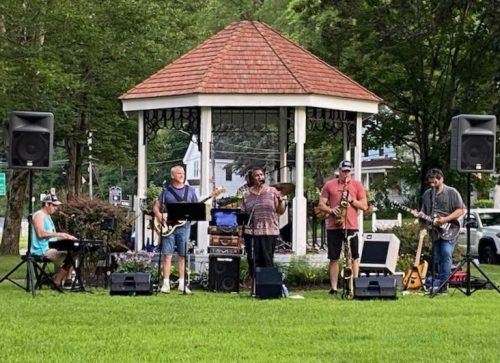 Huntington Summer Music Series kick-off on July 15 caught a break in the weather, as Misty Blues played outside at the gazebo. (PHOTO SUBMITTED)

HUNTINGTON – The first night of the Huntington Summer Music Series on July 15 caught a break in the weather as Misty Blues performed outside on the town green for a crowd of 100, wowing the crowd with their strong vocals and original songs from their 11 albums, and covers including “Proud Mary,” ”You Ain’t Nothing but a Hound Dog,” and more.

On July 22, Rosie Porter & The Neon Moons will return to Huntington with Classic Country & Old-fashioned Honky-Tonk. Rosie Porter, who hails from Greenfield, is reminiscent of Patsy Cline and Kitty Wells, and her music is inspired by her affection for the Bakersfield sound and old-fashioned honky-tonk. After years of playing as a duo with guitarist Tom LeBeau, Rosie and Tom formed their band Rosie Porter & the Neon Moons in August 2018. The five-piece country ensemble features Doug Beaumier on pedal steel guitar, Bob Berry on bass guitar, and Mike Benoit on drums. Rosie Porter & the Neon Moons released their debut record produced by LeBeau, “Just Like Old Times” in September 2019.

Future acts in the series include Acoustic Thunder, who will be appearing in Huntington for the first time on July 29; Barons of Becket, S&M Acoustics and Jake Manzi.
All performances are free and held on Thursdays from 6:30 to 8 p.m. In case of inclement weather, performances will be moved inside Stanton Hall on the green.
“This year there will be no picnic or bake sales, but we anticipate them returning next year,” said Vicki Mayhew of the Huntington Community Events Committee. Patrons are welcome to bring their own snacks or dinner to enjoy during the concert, along with lawn chairs. No pets please. Additional parking is available behind the package store.