SOUTHWICK – The Southwick Rotary Club announced on Tuesday afternoon that they’ve decided to postpone the Opioid Forum that was scheduled to take place today, Wednesday, February 7, at the Southwick Town Hall. The reason for the decision was due to the impending weather that is in the forecast for Wednesday. The forum will now be taking place on May 16, with more details announced as we get closer to that date.

The forum will still be featuring Hampden County Sheriff Nick Cocchi, as the guest speaker for the event. 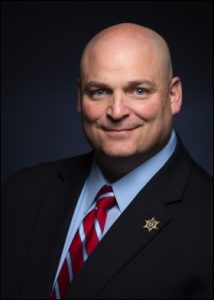 In a press release sent out by the Rotary Club on January 2, it stated, “Sheriff Nicholas Cocchi, Hampden County Sheriff, is taking a proactive approach to the epidemic by reaching out to his communities in Hampden County. His goal is to take advantage of programs and awareness before a victim needs to be incarcerated for various reasons regarding opioids and other drugs.”

The press release also adds that Cocchi is trying to present the theme of “Not in my town, not with my kids.”

Along with Cocchi, members of the Southwick Fire, Police, EMT, school district, Select Board, and others will be a part of the forum to discuss opioid issues that have affected people in Southwick and the surrounding communities.

Aside from the individuals that are set to be on the forum, there will be four tables set up just outside the auditorium of the town hall. The four tables will consist of Southwick Board of Health Director Tom FitzGerald, Todd Crevier from New England Adventures, One Call Away Foundation, and Opioids Anonymous. The four organizations will offer resources and information to attendees of the event.

This event was conceived when Rotary Club Vice President Mike Parent spoke with fellow Club members and started mentioning that the organization should host an event on opioid education.

Parent has known Cocchi for a number of years so when he contacted the sheriff about the event, Cocchi accepted the invitation to headline the forum.