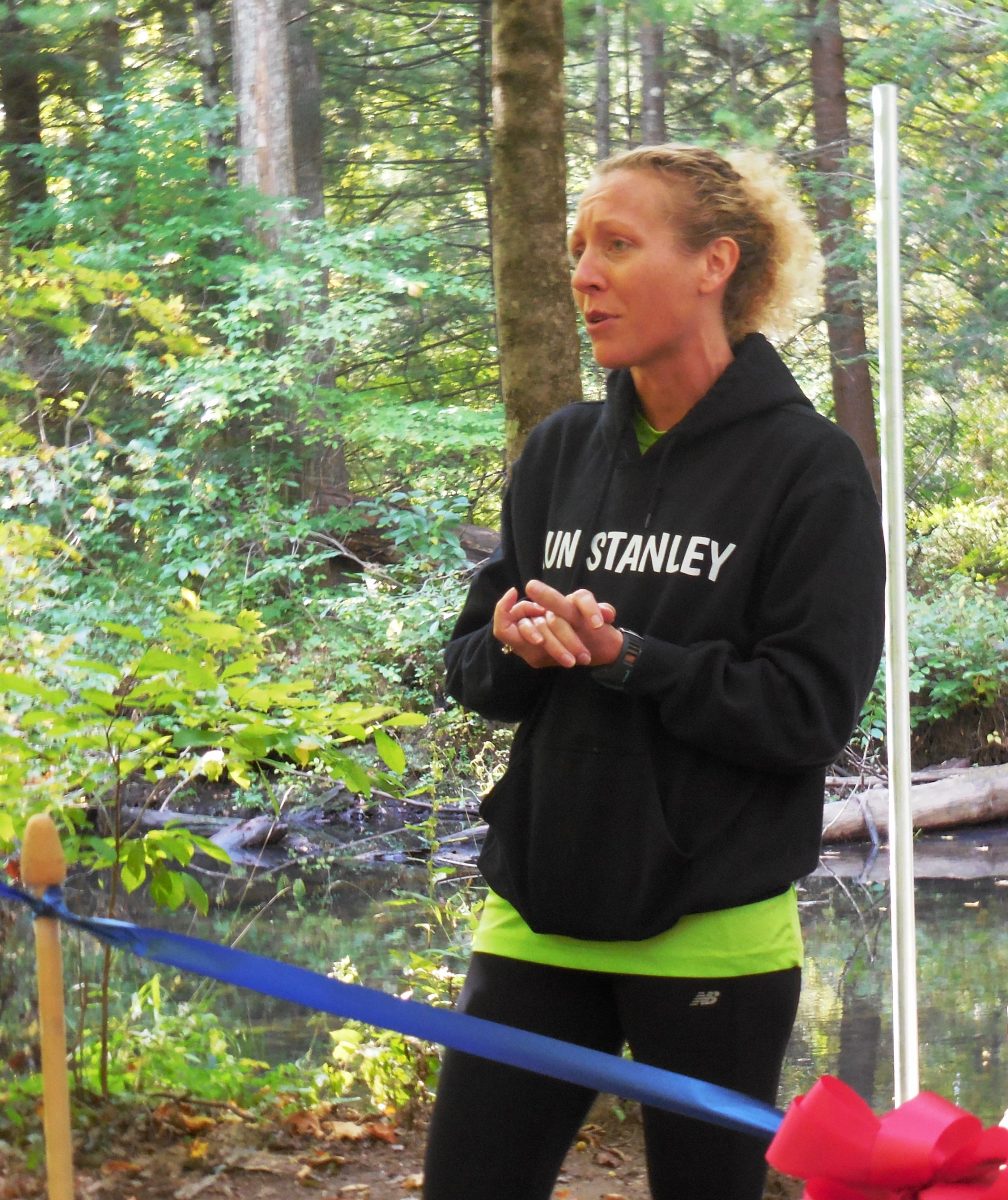 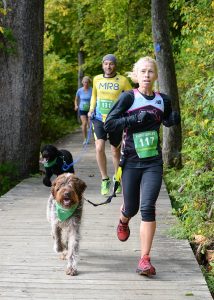 Karin George of Florence and her wire-haired Pointing Griffon “Hudson” are followed by Manny Sardinha of Westfield and his Portugese Water Dog “Hunter” during a Run Stanley fundraiser. (File Photo)

WESTFIELD – Completing a race – whether you walk or run – is an accomplishment. Completing five races in the same year in the same city is something special.

The Westfield 350 Committee created a five-race series challenge this year in honor of the city’s birthday and offered anyone who completes all five races a commemorative Westfield 350 Jacket.

The final race is the annual Run Stanley 5k trail race and one-mile walk Oct. 6 to benefit the park’s Frank Stanley Beveridge Wildlife Sanctuary. Deadline to enter and receive a jacket is Sept. 1.

“We all know that runners love their swag –medals and t-shirts are regular features at races — and people enjoy wearing t-shirts to brag about their accomplishments,” said Westfield 350 board member Vanessa Diana, who also organizes races. “Since Westfield will only celebrate this anniversary once, we wanted to make this swag extra special, thus the idea of a commemorative Westfield 350th race series jacket.”

More than 200 people are expected to complete the race series and earn their jackets.

Diana said, to her knowledge, this has never been done before here.

“Those of us who organize running events in Westfield have talked about the idea of a Westfield race series for years,” she said. “When the plans began to emerge for Westfield’s 350th, my fellow race directors Mike Sheldon (organizer of the Westfield Half Marathon and Gordy’s First Race, both benefiting the Boys and Girls Club of Greater Westfield) and Michael Tierney and Kevin Matys (organizers of Run Westfield 5k) agreed this was the perfect opportunity to highlight the many great running events in Westfield.”

Run Stanley is the only fundraiser specifically devoted to upkeep of the Frank Stanley Beveridge Wildlife Sanctuary, said Diana.  “The Sanctuary is host to many running events each year as the home cross country course for Westfield High School, St. Mary’s High School, and Westfield State University, so it is appropriate that we host a fundraiser based on running to support upkeep of the trail system,” she said. 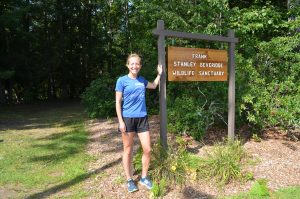 This is the seventh Run Stanley and the proceeds have helped build and replace bridges in the trail system, install directional signage and support an arborist’s study for a forest maintenance plan.

Diana said she looks forward to the last race of the year being at Stanley Park.

“I’m really looking forward to getting a group photo of the many race series participants posing together in their commemorative 350th jackets at Run Stanley on October 6, and I’m also looking forward to seeing my fellow walkers and runners sporting their 350th jackets around town in the future,” Diana said. “We’ll be able to recognize one another as fellow members of the vibrant community of runners and walkers who make Westfield such a friendly and healthy place to live.”

The commemorative jackets will be awarded at the Oct. 6 event. The jacket awards ceremony directly following the race will be led by Harry Rock, president of Westfield 350, and Ronald Bryant, president of Baystate Noble Hospital, co-sponsors of the race series.

Participants in the Westfield 350th Race Series must submit a jacket order form online by Sept. 1st at http://westfield350.org/raceseriesjacket-form/. Diana said those whose fifth race will be Run Stanley must register for the race by Sept. 1 as well, and all local runners and walkers are encouraged to be part of the fun.

Run Stanley includes a K9 division for dog owners. Also available at the event are a children’s munchkin run and a one-mile stroll in the upper park.