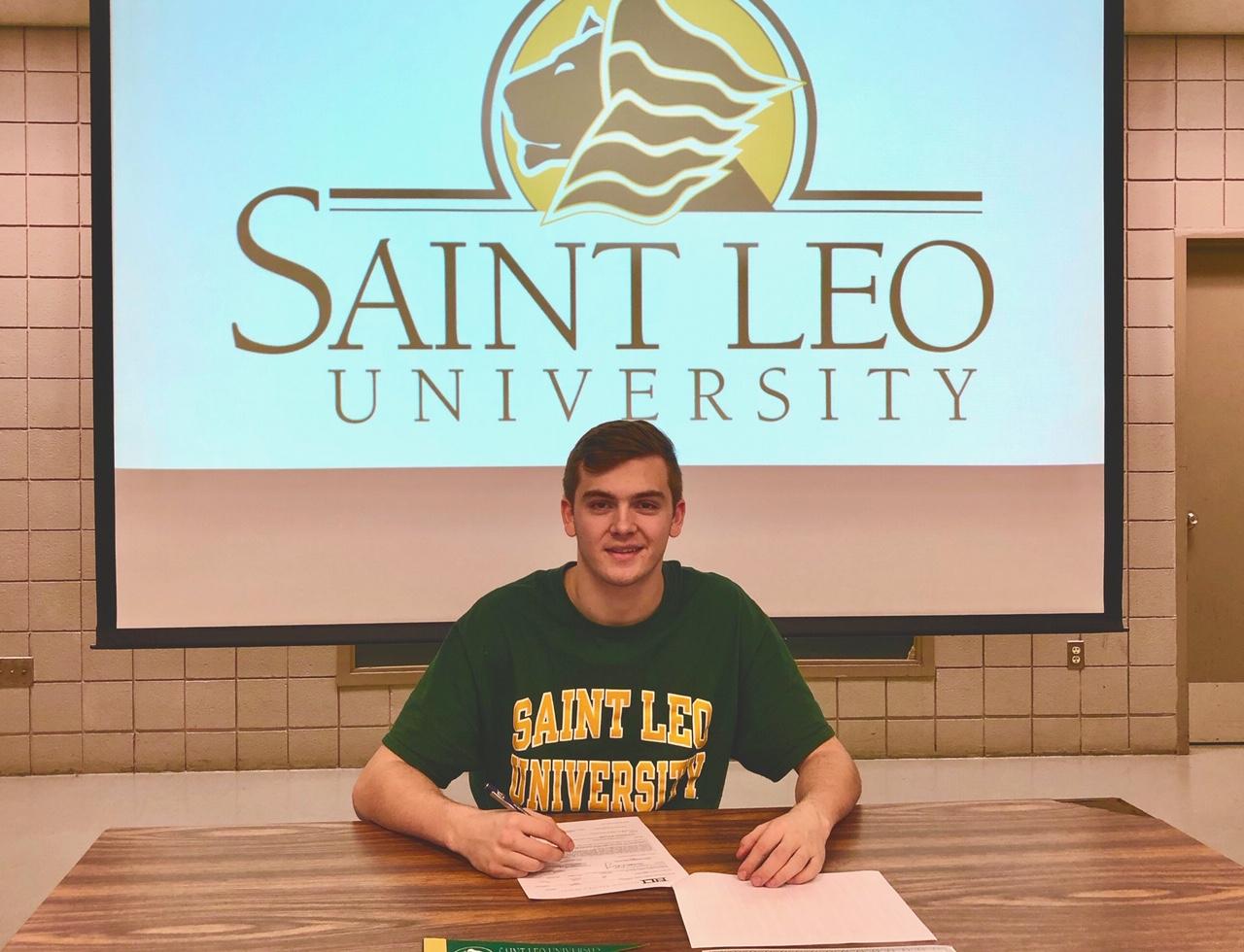 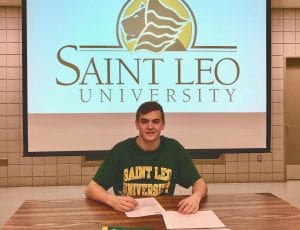 WESTFIELD – Twelve hard years of competitive swimming has paid off, literally, for Westfield High School senior Tommy Russell.
The defending high school state champion signed a National Letter of Intent Monday to attend Saint Leo University in St. Leo, Florida. Russell received a swim scholarship to swim for the Lions, who compete in the Sunshine State Conference, the most competitive in Division 2.
“I want to thank my parents, all the coaches and other people who helped me along this long journey,” Russell said.
Russell’s journey began at the Greater Westfield YMCA at age 6 under former coach Jamie Bloom. Dozens of local and regional YMCA records later, Russell continued to swim competitively eventually qualifying for Junior Nationals in the backstroke, which became his best stroke.
At Westfield High School, Russell holds two school records, a Western Massachusetts feat and last February, as a junior, was crowned a Western Mass. and state champ in the 100 yard backstroke.
“His mother, sisters and I are very proud of him,” Russell’s father (and former swim coach) Jason Russell said, “Tommy has spent thousands of hours training and I know he is very excited about the next chapter in his life.”
During a very busy college recruiting season this past fall, Russell had several official visits at various schools but Saint Leo became the final landing spot.
“I want to study psychology and go into therapy” Russell said. “The team culture, coaches and team history of winning was what made the decision easy for me, plus I have always wanted to swim outdoors in Florida.”
Russell was named a captain this season and will begin the task of defending his state title when the Westfield High School swim team begins its 2019-20 campaign Friday at home against Amherst-Pelham at 5 p.m. Bombers head coach Tom Lewis will be seeking his 300th career victory.