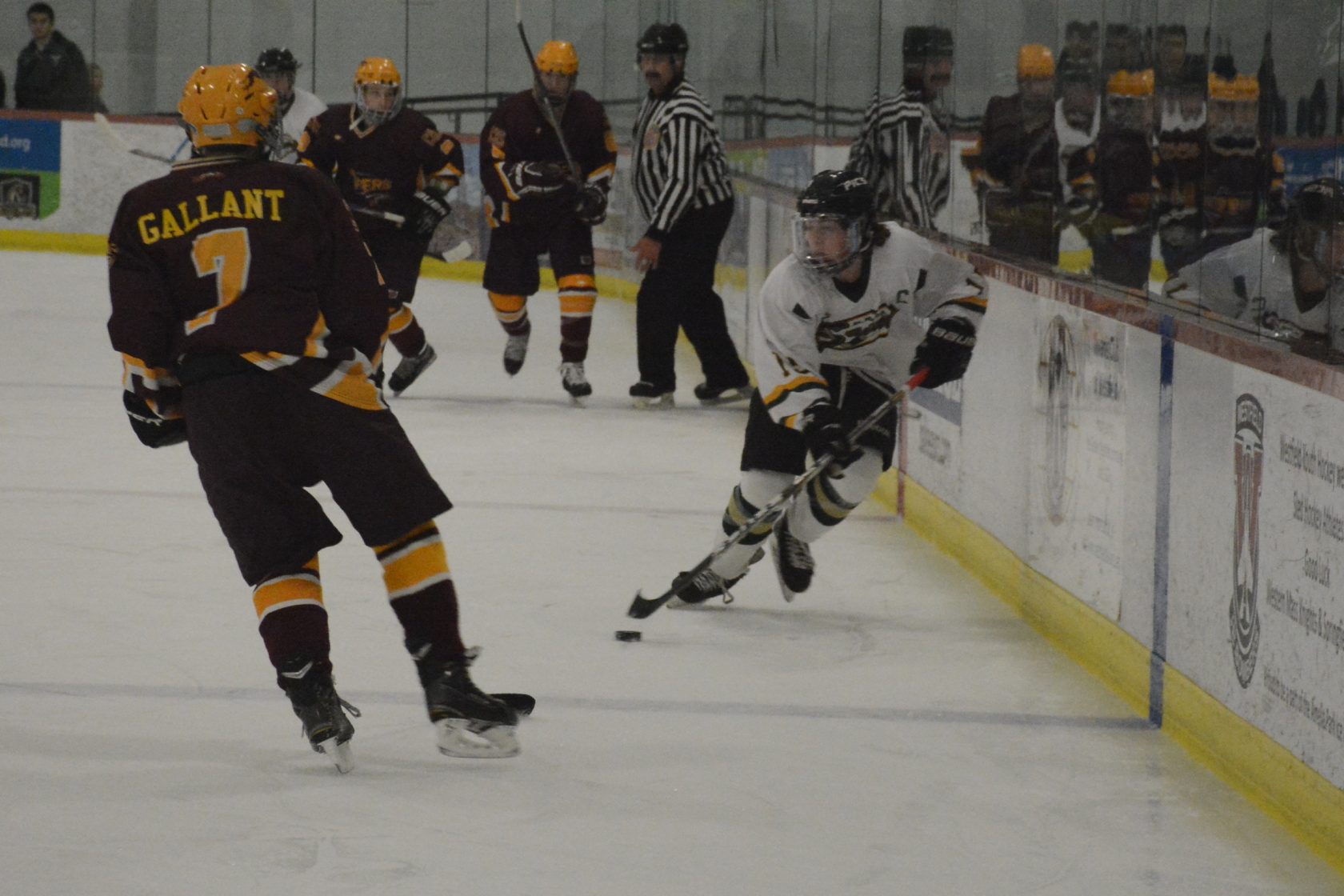 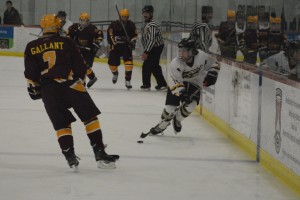 WESTFIELD – The Saint Mary High School boys’ ice hockey team skated with the Chicopee for two periods Wednesday night at the Amelia Park Ice Arena. Unfortunately for the Saints, they failed to muster any offense in the third period, giving up two late goals, and losing to the Pacers, 8-4.
Johnathan Spear tallied his first two goals of the season, and Matt King redirected a Quinn Powers shot into the net as St. Mary raced out to a 3-1 lead midway through the first period.
Chicopee scored in the final minute of the first, and carried that momentum into the next period as they scored 1:55 in to tie the game 3-all.
St. Mary showed resiliency, taking the ensuing face off. Shawn Gezotis fed Tanner Hart for his team leading fourth goal of the season 10 seconds later to put the Saints back up 4-3.
From there, it was all Chicopee.
St. Mary once again lost a number of players to injury over the course of the game.
Nick Beem scored four goals to lead Chicopee, and Jeff Zebrowski chipped in two scores as the Pacers improved to 2-0 on the season.
RAIN OUT: A leaky roof forced a “rain out,” or rather postponement of the Southwick-Commerce girls’ varsity basketball game Wednesday night in Springfield.