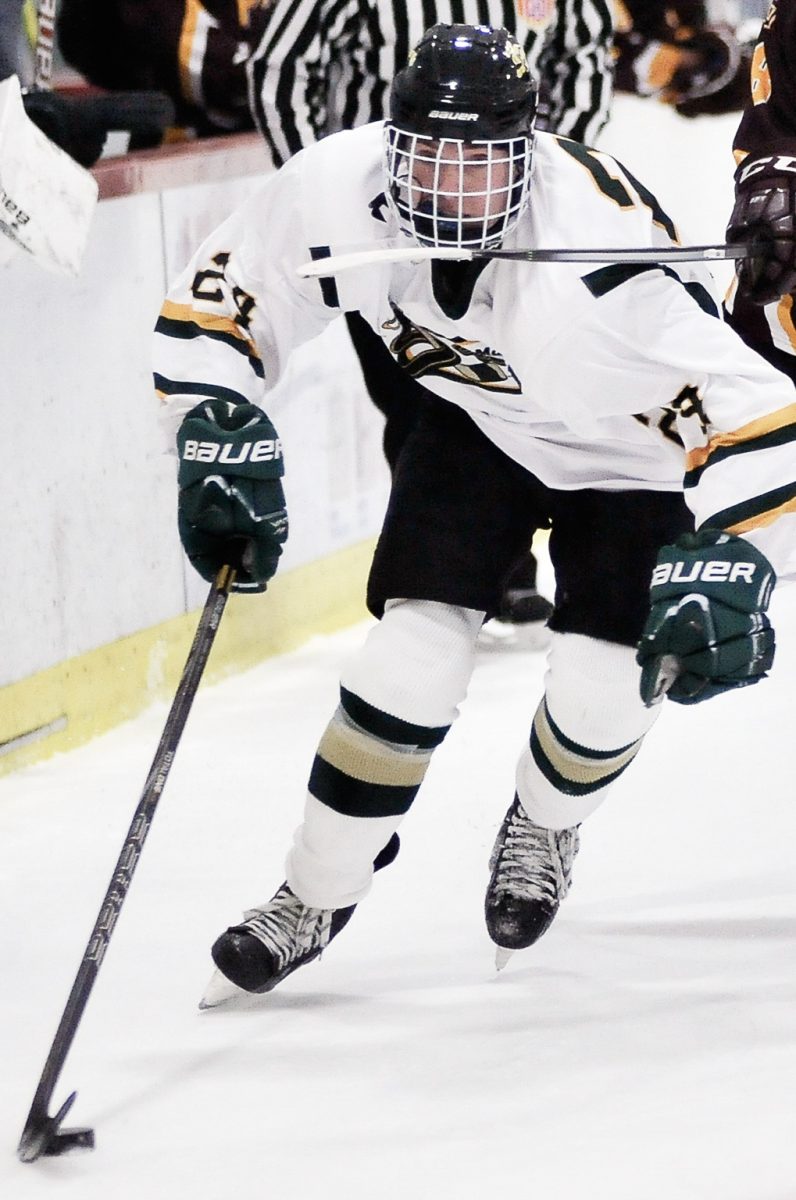 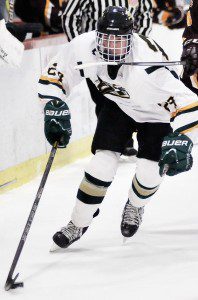 GREENFIELD – The St. Mary Saints boys’ ice hockey team faced adversity this weekend, and passed the test with flying colors.
Saints Mary rallied to squeak out a 2-1 road win over Turners Falls Saturday.
Turners Falls scored the first goal only a minute into the game after St. Mary drew an early penalty.
The Saints were able to rebound though, tying the game with a goal from sophomore Riley Siart with 12 minutes remaining in the second period. Senior Ryan Gendron and junior Budda Spear assisted The Saints were able to secure a second goal later in the period when senior Ashton Bourbonnais took a pass from senior Andrew Booth, and scored.
Saint Mary’s was able to hang on in a third period marred by penalties from both teams. Saints’ freshman Matt Brady delivered a solid effort in net, securing the win by making 17 saves on 18 shots.
St. Mary coach Don Goodreau expressed his pleasure regarding the victory.
“We needed these points and to get back into the winning mindset,” coach Goodreau said. “We still have to work on keeping our emotions in check but we will take the win.”
St. Mary returns to the ice in an early holiday faceoff against Mount Everett at Amelia Park Ice Arena at 10 a.m.