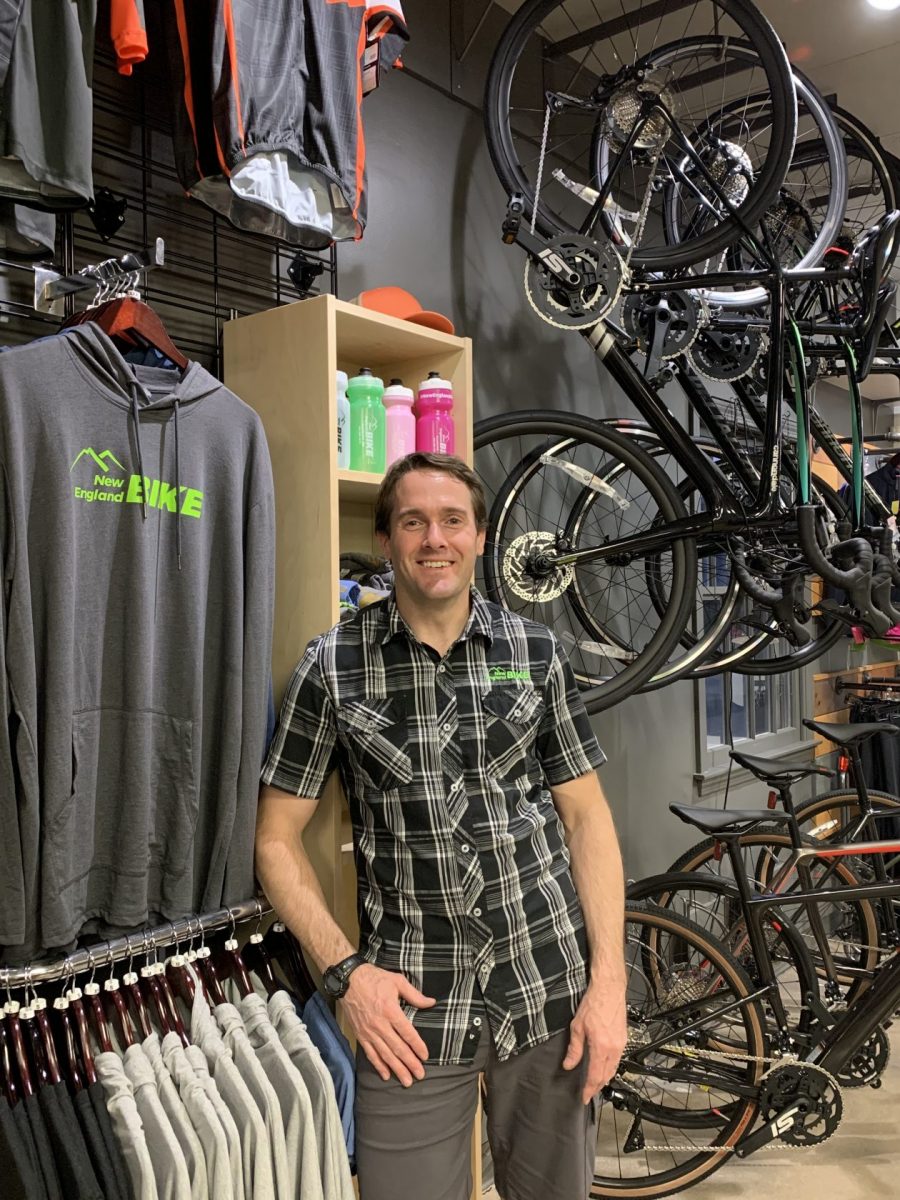 GREATER WESTFIELD-While spring tends to be a busy time for bike shops, local shop owners report a substantial increase in sales and bike repairs which is a trend being seen across the country attributed to the coronavirus pandemic. 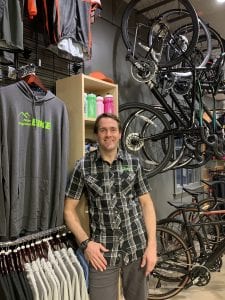 James noted that bikes $1,000 and under are particularly sought after at this time.

“Spring is a busy part of the year for us and sales are up slightly in comparison to last year,” he said.

As the pandemic has curtailed excursions that area residents have had for their spring and summer travel plans, many individuals and families are taking to the road – on bikes – and enjoying bike trails and roads less traveled.

“We are seeing a demand for mountain bikes as well as hybrids that are used for bike paths, casual recreational riding and neighborhood riding,” said James.

While some area residents are in the market for a new bike, others are dusting off their old bikes in the garage and getting tune ups.

James said his mechanics offer a wide range of services from replacing flat tires and making shifting and breaking adjustments, to complete overhauls.

“Because of the demand, we are already booking out about four weeks for full tune-up services,” said James.

James admits that since many bikes and bike parts come from Asia, there has been a lag in resupplying his inventory.

“With the pandemic there has been a shortage of bicycles in the country and that has been very challenging for us and every other shop,” said James.  “When bike manufacturers in Asia were locked down in the early stages of the pandemic, nothing was being made including parts. Coupled with the industry’s inability to forecast what was going to happen, and the overwhelming demand that has ensued, the situation created a perfect storm.”

James said some bike shops were proactive and had taken a large amount of inventory before the pandemic took hold, so it has worked out for him to supply bikes to people.

“We are updating our inventory and website daily so it’s best to call and inquire about a particular bike to see if it is still here,” said James. “If you are interested in a bike we would recommend acting sooner rather than later since we expect to be sold out and not have the ability to resupply until late June on some models.”

“I try to keep a 90-day supply normally,” said Podolski, adding, “right now it is less than a month. We are getting resupplied weekly, but there are shortages and limits on how many bikes our suppliers will allow us to order.” 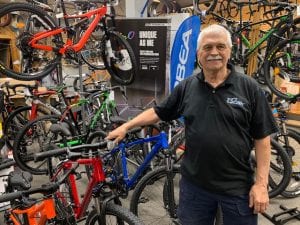 Podolski said he is also seeing shortages on parts and there are limits on how much he can order, in addition to experiencing delays in shipping.

“Most parts for lower priced bikes are made in China,” he said. “Those factories were closed from January to March, and many are not at full capacity yet.”

Podolski added that shortages are occurring in some of the most basic parts, from bearings and chains to pedals.

“Most of the bike shop parts suppliers don’t stock the low-level parts used on department store bikes, thus the shortage of this level is acute and will most likely lead to the inability to repair these bikes,” he said, noting that department store bikes use different thread sizing, bearing sizes, and axles from bike shop quality levels.

Podolski said initially bike shops were not on the state’s “essential list” to reopen so he was closed from March 15 to April.

“Unit sales are up since mid-April as well as bike services,” he said.

For inventory, Podolski said bikes for kids are “nearly sold out,” and basic bike trail bike supplies are “very spotty.”

“Just yesterday we had customers from Westchester, Albany and Pawtucket, as well as an online order from Arizona,” said Podolski. “Website sales are way up.”

Podolski said regular shop hours have been reduced, however, he does offer free local pick up and delivery for tune-ups during the coronavirus pandemic.

“We are also seeing many old bikes being dragged out of storage with dry rotted tires from age and rusted drivetrains,” said Podolski, who is working on repairs when the shop is closed.

For James and Podolski, both avid cyclists, they encourage area residents to take to the road in whatever manner suits them.

“Local trails are crowded, not just bikes, lots of walkers, skateboarders, roller bladders, joggers, dog walkers, families with strollers,” said Podolski. “Traffic is light on the back roads and I’ve created a number of rides on a site called www.ridespot.org.”

James also encourages area residents to take to the road and enjoy the great outdoors.

“With the creation of rail trail networks scattered throughout New England, it can be a destination for everyone to visit new towns with the byproduct being the physical activity – either casual or strenuous,” said James.

For more information on each shop’s curbside service offerings, visit their websites for complete details.

For rail trails in the Greater Westfield area, visit southwickrailtrail.org for the Southwick Rail Trail, and columbiagreenway.org for the Columbia Greenway Rail Trail in Westfield.