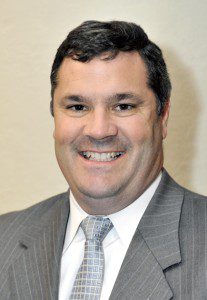 WESTFIELD – The School Committee voted Monday to affirm a school calendar containing 10 half days for students, days that will provide staff and teachers with up to 30 hours of professional development.
The calendar for the 2012-2013 school year also contains four emergency snow days with the last day of school slated for June 20, but that could slip to June 14 if no emergency closing days are used. Every emergency closing day not used will be deducted from the schedule designed to comply with the state law establishing a 180-day, 900-hour school year.
The 10 professional development half days were again discussed by the committee members, several of whom share concern about the disruption to family schedules and the impact on student learning.
A Kane Brothers Circle parent initiated that discussion during public participation, asking why parents were just informed, after receiving a letter sent out by the administration to all parents of elementary school children.
“I’m curious about the professional development days,” Lorena Dubois said. “Why so many in one year, were any alternatives discussed and why are we just hearing about it?”
Kevin Sullivan, who served as chairman at the session, responded that the issue had been discussed, in open sessions covered by the local media, at several meetings of the committee and at the Curriculum Subcommittee before the policy was approved, because committee members share the concerns of parents about the program. (The Westfield News published stories on June 5, June 18 and June 19.)
Sullivan invited Dubois to stay for the committee’s discussion of the professional development program, which was conditionally approved in June with the provision that it be reviewed at the December committee session, to assess the impact on student learning and a vote to allow the program to remain in place for the second half of the academic year.
Superintendent Suzanne Scallion said that it is a district priority to improve student performance on standardized tests and the most effective means of accomplishing that goal is to improve teaching practices through professional development.
“The scores are way below where they should be,” Scallion said. “We need to get the new state standards in every classroom across the district.  In light of the rigor of these new standards, 30 hours of professional development through the Wednesday half day program, which is becoming a national standard, is the most cost-effective option to improving instruction and test scores.”
Scallion said that stand-alone professional development, slated for nights, weekends and summer sessions were evaluated, but rejected because the cost to the district, which had to be cut $2 million last June to balance its budget, was more than $700,000, a cost that would have dire impact on the educational programming in the district.
“I do realize the hardship for families who need child care,” Scallion said. “I am committed to providing alternative programs for the early release days.”
Scallion said that on-site programs will be available at no cost to parents. Off-site program, such a ski trips, will carry a cost for participation.
However, Scallion said, the need to improve teaching practices through professional development, where teachers will teach best practices to other teachers, outweighs that impact on family schedules.
“The urgency is so profound. Teachers want and need professional development because we have not had it for a couple of years,” Scalli0n said. “There are a lot of things in motion.”
That includes a partnership with Westfield State University for a fifth-grade mathematics program for teachers, and a commitment from local businesses and agencies to support that alternative afternoon programs.
Sullivan said the committee “pushed the superintendent pretty hard to put together this idea. We’re a level 3 (under performing) district and need to improve our scores.”
“We voted on this six weeks ago and we will review it in December to see how this is working,” Sullivan said. “So it is an on-going process because we have the same questions as parents.”