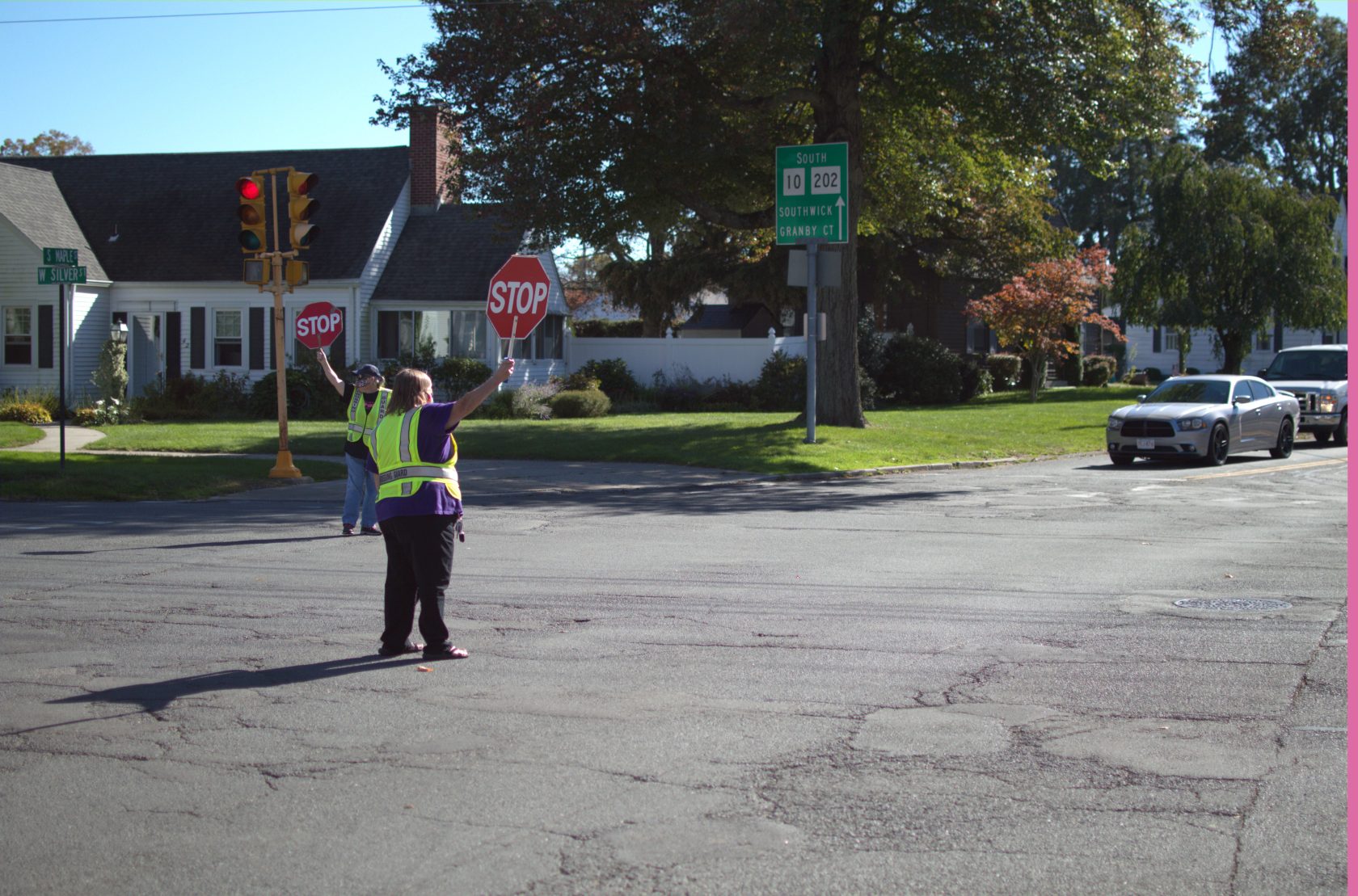 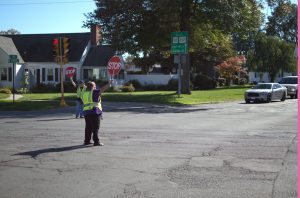 Valliere said that recent retirements of crossing guards have made it difficult to maintain adequate staffing, and the department is seeking applicants for the job.

When guards have been out sick or needed to take a day off this year, on-duty police officers have had to stand in, he said.

“When we don’t have these people, the officers need to go out and do it,” said Valliere.

Police Sgt. Juanita Mejias said that there are currently six full-time crossing guards and two substitutes. The six crossing guards are usually posted near Southampton Road School, Abner Gibbs School, Franklin Avenue School, Westfield Middle School and Highland Elementary School in the morning when kids arrive and in the afternoon as they are leaving. Two crossing guards are used at the busier intersection of West Silver and Pleasant streets, which is near Abner Gibbs and the middle school.

Mejias said she’s even more worried about coverage in the winter.

“Whenever a full-time guard is out sick, we rely on the subs who may be called last minute during the early morning hours to cover a shift.  This can be difficult, especially during the winter and inclement weather,” said Mejias, “The majority of our guards are retirees, and do this for their love of being there for the children. … For some, who have been longtime guards, [they] watch them grow up and move on to other schools.”

Ideally, she said, there would be four or five substitute crossing guards available to fill spots when a regular guard needs to call out.

“When we do not have a crossing guard to fill an opening, we rely on our patrol division to fill the hours needed at the schools. During the times the officers are filling these spots, normal patrolled areas go without,” said Mejias.

In the event of an emergency requiring a police presence, officers filling in as crossing guards may be obligated to leave their posts to respond to the emergency elsewhere, which would leave some of the city’s most heavily trafficked intersections without an adult to watch the children on foot.

An application for a crossing guard position is posted on the city of Westfield website.