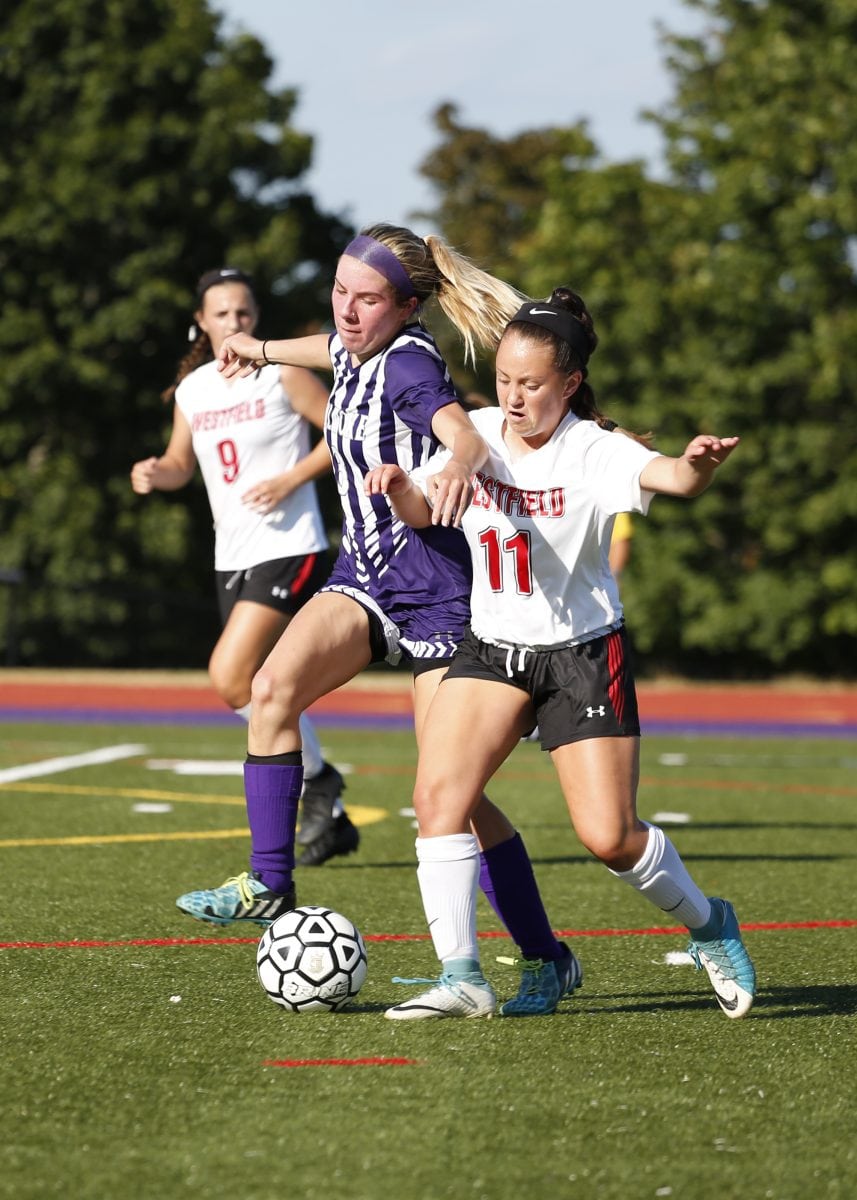 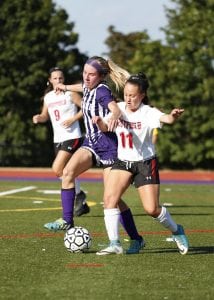 WESTFIELD – The weather was hot, but Chandler Pedolzky and the Westfield High School girls soccer team was even hotter in a season opener.
Chandler Pedolzky recorded a hat trick, scoring three goals and assisting on another as the Westfield Bombers scorched the Holyoke Purple Knights 7-0 Wednesday at Roberts’ Sports Complex.
“It was really hot,” Westfield coach Keith Saltmarsh said. “It was literally 10 degrees hotter on the turf…. We were happy to have everybody share the load.”
Four different players scored first half goals for Westfield.
Sophie Lewis set up Pedolzky’s first score 50 seconds into the game. Kaela Mochak assisted on the second goal – a shot from Mackenzie Liptak – and scored the second on a pass from Hannah Colon. Saige Smith made it 4-0. Pedolzky assisted.
Pedolzky recorded consecutive unassisted goals in the opening 15 minutes of the second half to secure the victory. Smith tallied the team’s seventh goalie. Ellen Jury earned the assist.
“It was a little difficult playing against Holyoke initially against an outside trap,” coach Saltmarsh said. “(Our girls) broke it down and figured out how to move the ball from side to side. We just had the difference makers.”
Westfield goalie Adrianna Arona also had a nice debut, pitching a shutout in net with five saves.
Westfield returns home Friday to face Northampton in a league battle. The game begins at 4 p.m.