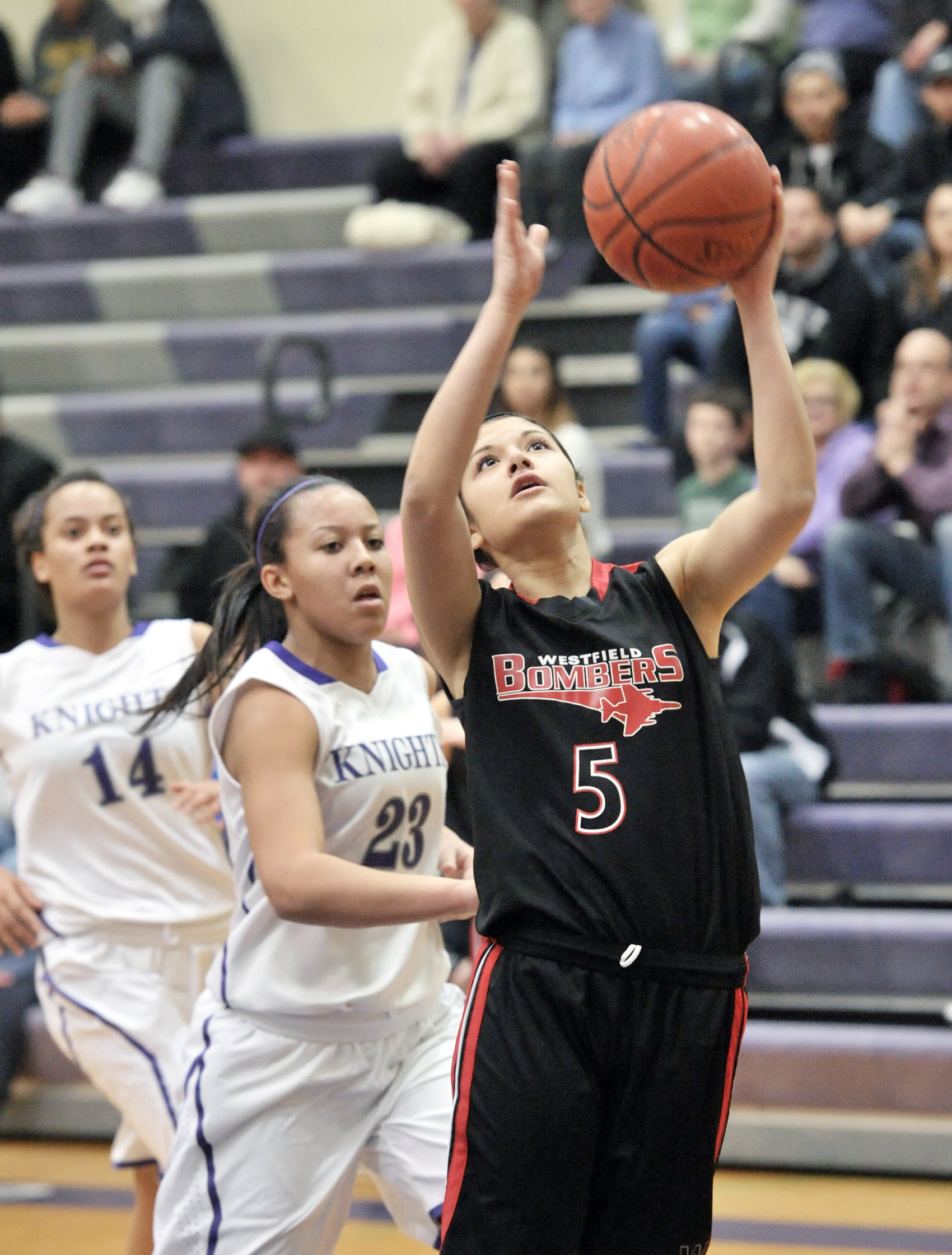 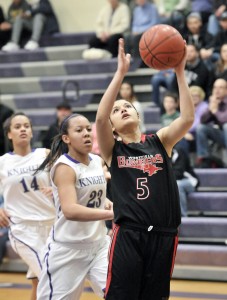 HOLYOKE – The Westfield High School girls’ basketball team’s run at an historic tournament victory came to a screeching halt.
The sound that signaled the end to their postseason was not the sound of a sneaker sliding across the court, but rather a whistle echoing throughout the gymnasium.
No. 6 Westfield was whistled for a questionable offensive foul on a controversial moving screen call and subsequent technical foul which helped third-seeded Holyoke survive at home, 46-40, in the first round of the Western Massachusetts Division 1 high school girls’ basketball tournament Thursday night.
Westfield (9-12) trailed by just one possession, 41-38, when they were hit with the foul call and quick “T.”
Holyoke’s Kelly Reardon made one of two technical foul shots with 1:38 remaining in regulation. The Purple Knights (14-7) also took possession of the ball.
Westfield held Holyoke scoreless over the next minute, and Alicia Arnold managed to get to the free throw line to pull the Bombers within, 42-40, with 22 ticks left.
Holyoke made four free throws in the final 15.1, Westfield turned over the ball, and the Purple Knights pulled away.
“That was a big judgment call at that point in the game,” Westfield coach Ralph Loos said. “It’s disappointing that a veteran official would make a very, very poor decision that would affect the outcome of the game.”
“It took the wind out of our sails,” Loos said. “We have a bunch of kids that worked very hard and deserved better than that.”
Westfield was sailing along late in the third quarter, fighting back with a 10-0 run over a 3-minute span to rally from a 16-point deficit. Beka Santiago drained a 3-pointer and dropped in a 2-point bucket, and Keri Paton converted two shots in the low post, including an and-one. Holyoke led 37-31.
In the fourth quarter, Arnold made consecutive 3-pointers to make it a 2-point game just moments before the controversial call. She finished with a game-high 16 points.
Callie Cavanaugh and Reardon finished with 16 and 15 points, respectively, for Holyoke.
It was Westfield’s first tournament game in several years.
“We made leaps and bounds,” Loos said of the team’s inspirational rise. “If we were down 13 earlier in the year, we never would have been in it … I couldn’t be more proud of how hard they played.”