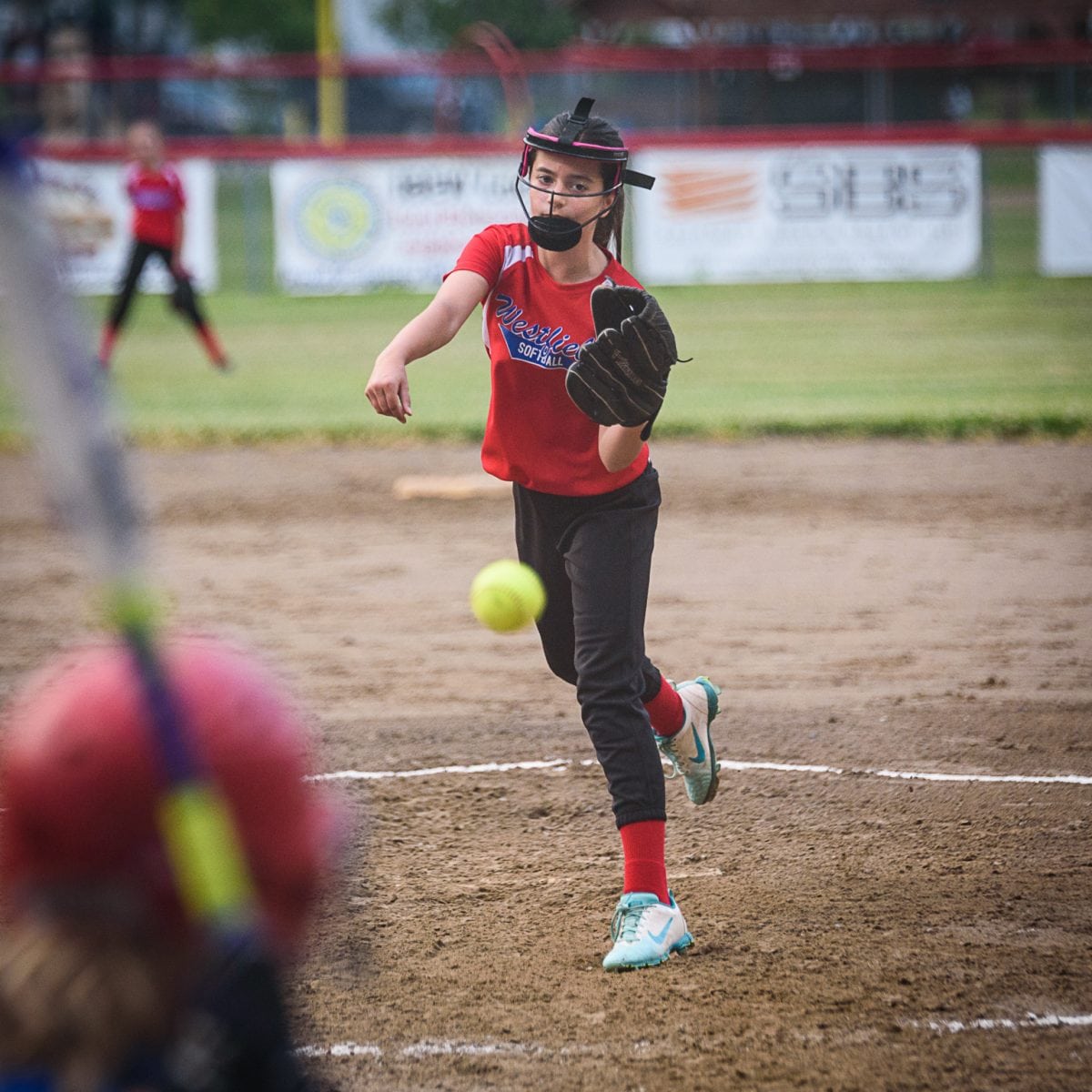 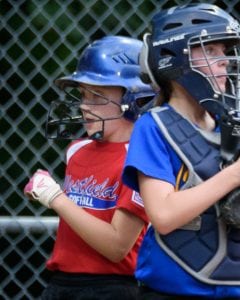 WESTFIELD – The Westfield Little League Softball 10-Year-Old All-Stars flame continues to shine brightly.
Westfield, which continues to carry the torch for the Whip City Little Leaguers (they are now the last ones standing), delivered a flawless effort as pitchers Shea Hurley and Julia Bonfitto combined to toss a perfect game, a 12-0, four-inning win over Charlton in the sectional round Monday night at Sadie Knox Field.
Westfield advances to play Jesse Burkett (Worcester) in the sectional championship Wednesday at Vernon Hill at 5:30 p.m. 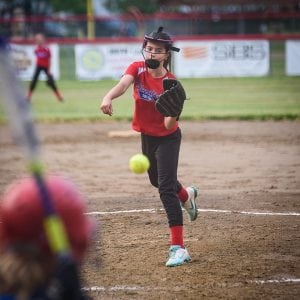 “Our attack was just great tonight,” Westfield coach Mike Bonfitto said. “Hopefully we bring it against (Jesse Burkett). I know we can.”
Hurley struck out all nine batters she faced, and Bonfitto provided one inning of no-hit relief with a K.
Westfield’s offense was just as effective, scoring two runs in the first inning and three in the second before exploding for seven more in the third.
Alejandra Strange and Grace Trempe each went 2-for-2 with a walk. Bonfitto and Haley Krupienski scored two runs apiece.
If Westfield can advance to the state championship, they will enjoy some home cooking as the Whip City is set to host the best-of-3 series, beginning Saturday at Sadie Knox Field. The first game of the double header starts at 5 p.m., followed by the nightcap at 7:30. If the series is tied after two games, a third game would be played Sunday to determine a winner.

Comebacker
LITTLE LEAGUE BASEBALL
Westfield 11, Holden 1
HOLDEN – Holden completed its series comeback, winning its second straight game over Westfield American in a mercy-shortened contest Monday night 11-1 to win the best-of-3 championship round 2 games-to-1.
It was a second-inning, seven-run explosion that did in the Whip City with big hits from Benjamin Keevan, Zachary Hoadley, and Michael Caliri.
Westfield American raced out to an early lead, scoring an unearned run. Holden pitcher Benjamin Keevan was not overpowering by any means, but managed to force several groundouts before yielding to the bullpen.
Andrew Victor shut the door on Westfield in the fourth with two strikeouts.

Lights out
American Legion Baseball
Wilbraham Blue 6, Westfield 2
Westfield Post 124’s postseason run ended before the lights at Bullens Field could even get warmed up.
Westfield led 1-0 early but quickly fell behind 3-1 in the second inning. Post 124 rallied from a 4-1 deficit, cutting its deficit in half but could not pull any closer.
All hope is not lost though as the Junior squad opens postseason play Tuesday at Bullens Field at 7 p.m.