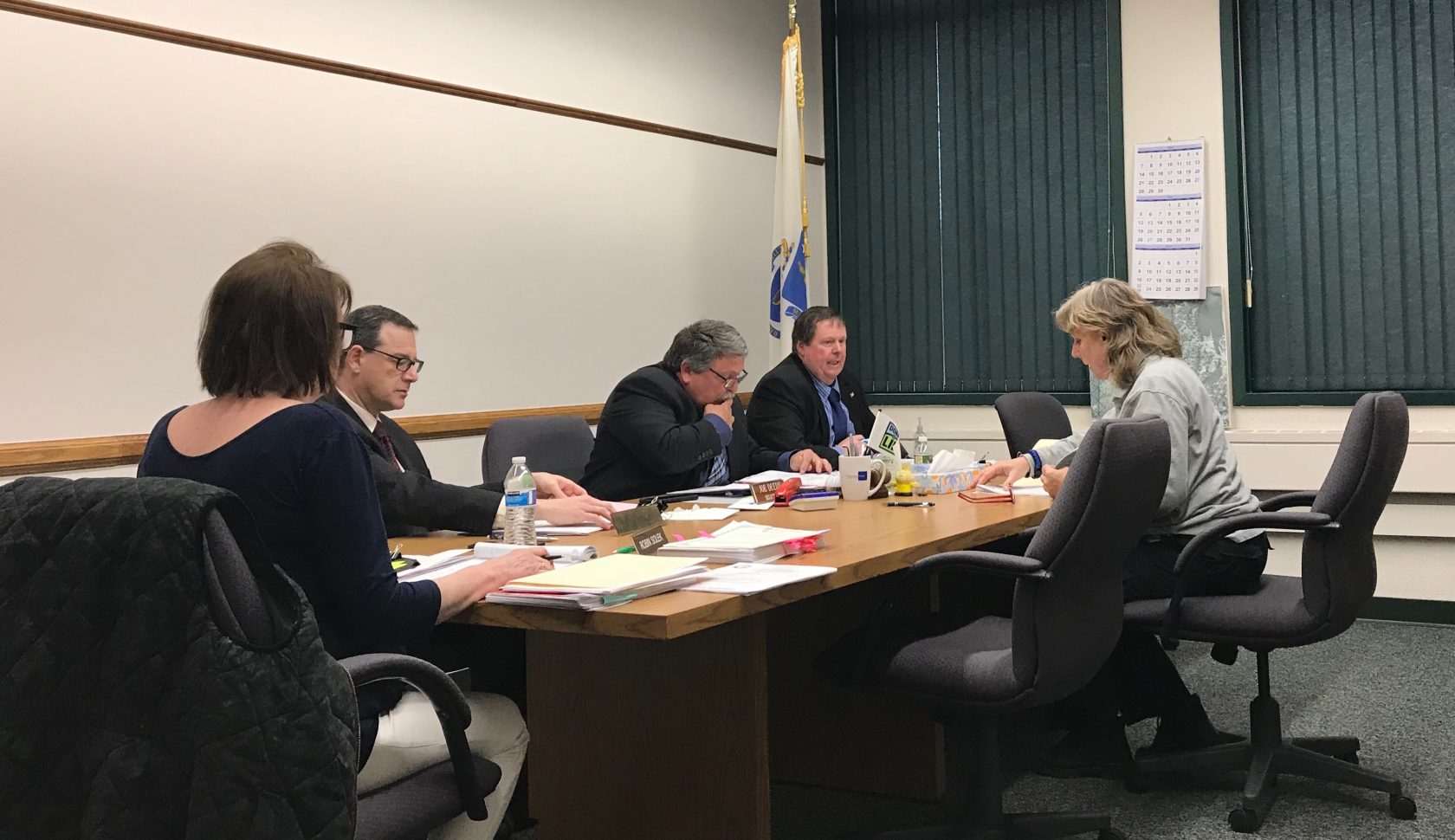 SOUTHWICK – A hearing was held at the Select Board meeting on Tuesday night regarding a dog that has bitten people multiple times.

Bosco, a male, Rottweiler mix who currently lives at 97 Powder Mill Road, most recently bit someone on February 18, 2019 at that residence and was deemed as an unprovoked attack.

According to Southwick Animal Control Officer Liz Bennett, Bosco’s first reported incident came on September 27, 2014 when he bit someone in the abdomen in an unprovoked manner at a campsite in Littleton, Mass. Just two days later, a former Southwick Animal Control officer, Brett Colson, was also bit in an unprovoked manner at 62 Vining Hill Road when he was attempting to serve a quarantine order regarding the bite at the campsite in Littleton. 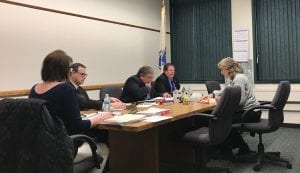 Southwick Animal Control Officer Liz Bennett is seen discussing the dog hearing with the Select Board on Tuesday evening. (Photo by Greg Fitzpatrick)

Originally, Bosco was residing with it’s owner on 62 Vining Hill Road, but since the owner had to leave the home due to personal reasons, the mother of that individual is now taking care of Bosco at her residence on 97 Powder Mill Road and has been doing so for at least the past six months.

After the two biting incidents in October 2014, it was ordered by the Select Board to have Bosco attend obedience training.

Upon discovering that the dog had a third biting incident on February 18, the Select Board decided to hold a hearing with Bennett to discuss what to do moving forward.

Following the discussion, Bennett made a recommendation to the Select Board that Bosco will be ordered by the owner to have the dog crated in a different room of the home whenever people are at that residence. The Select Board made a motion to accept Bennett’s recommendation and also wanted to receive a follow-up report in 30 days.

Select Board Vice-Chairman Russ Fox added that if a fourth incident occurs, putting the dog down could be an option.

“We thought we had worked it out five years ago,” said Fox. “I don’t have any problems with her (Bennett) trying this, but this is it.”