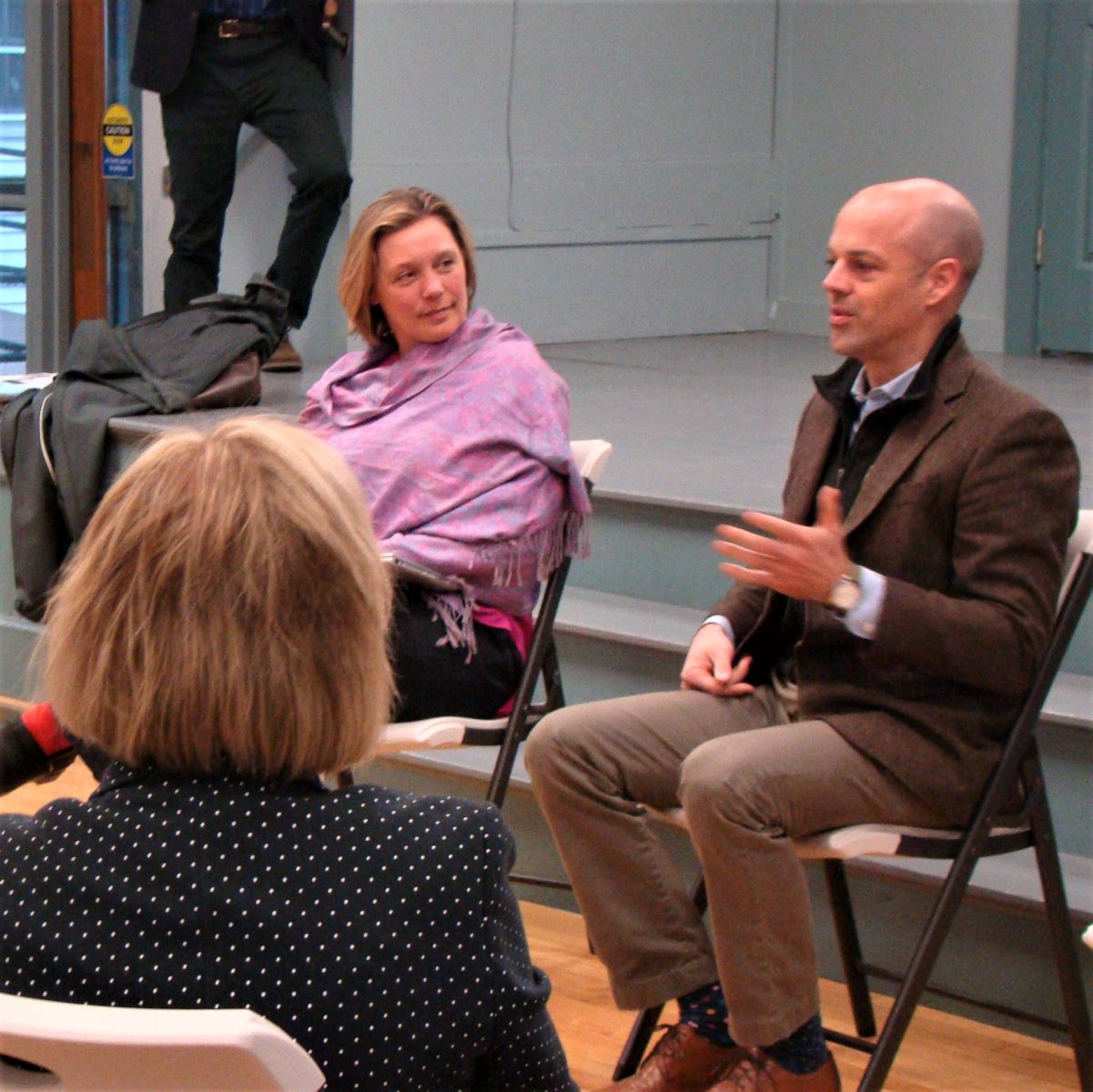 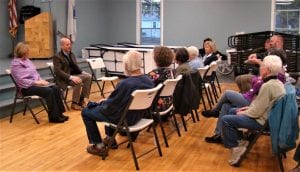 HUNTINGTON – State Sen. Adam G. Hinds and Rep. Natalie M. Blais held an informal town hall meeting in Stanton Hall on Monday evening with 20 constituents from around the hilltowns. One of the pressing topics discussed was relief for rural schools and the Gateway Regional School District in particular.
Hinds said that the Foundation budget, or Chapter 70 local aid, which the senate has increased by $50 million for FY20  does not do much for rural schools. He said out of the four areas which have increased — including Ch. 70, circuit breaker funds for special education, charter school reimbursement and regional school transportation — Gateway is set to receive an increase of only $20,000 total.
“Every district should see a huge increase,” Hinds said, adding that he wrote an Op-Ed in the Boston Globe which will be published on Sunday about the inequality nobody talks about – rural vs. urban.
Hinds is also supporting an Office of Rural Policy in the governor’s office, to give feedback on how bills that are proposed will impact rural towns. Hinds represents 52 of the westernmost towns in Western Massachusetts, including all of Berkshire County, and 20 towns in other counties including Huntington, Blandford and Chester.
Hinds said he was able to secure $1.5 million for the Rural School Aid grant program in the Senate Ways and Means budget proposal, to provide financial assistance to the Commonwealth’s most rural school districts. He successfully championed the idea of creating this new grant during the 2017-2018 legislative session, which was funded at $1.5 million in the FY19 budget. Gateway received over $150,000 from the program last year.
Rural School Aid helps school districts with low population densities and lower-than-average incomes address fiscal challenges and take steps to improve efficiency. Administered by the Department of Elementary and Secondary Education (DESE), Rural School Aid is intended to supplement the FY20 operating budgets of eligible school districts.
Hinds also championed the “Fair Funding for Rural Schools” campaign, sponsoring legislation to add a rural factor to the state’s Chapter 70 education funding formula, which will continue to be worked out over the summer. At the town hall, Hinds said that Rural School Aid is not currently included in the Foundation formula review. Until that is implemented, he said he would work to secure funding for the Rural School Aid grant program.
Senators had until noon May 10 to file amendments to the Senate Ways and Means budget proposal. The Senate budget debate will take place during the week of May 20. Hinds said he filed an amendment for consideration in the Senate budget debate to double funding for Rural School Aid in FY20 to $3 million.
The Rural School Aid grant program is not funded in the House FY20 Budget. When the Senate budget debate concludes a conference committee of six House and Senate members will be appointed to negotiate the terms of the final spending plan which will be enacted and sent to the Governor. Fiscal Year 2020 begins on July 1, 2019. 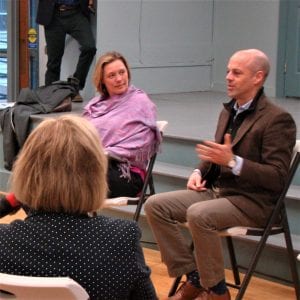 Blais, who represents 19 towns in Franklin, Hampshire and Hampden counties including Chester and Huntington, said she had proposed that instead of calling it Rural School Aid, to call it Low and Declining Enrollment, which she said is gaining some traction in the House. Blais said declining enrollment impacts nearly every school in the Commonwealth.
“We want to have a similar solution for low and declining enrollment,” Blais said, adding they want to be clear about the state’s responsibilities.
The House is also having a conversation on what happens to a school if you close it, Blais said.
Gateway is currently repaying the Massachusetts School Building Authority (MSBA) for the elementary schools in Russell and Blandford, which were closed at the urging of the state. Andy Myers, chairman of the Hilltown Collaborative said at the town hall that Gateway needs relief from the “clawback” payments due to declining enrollment and the loss of a member town, Worthington, which was enabled by the state.
Gateway Superintendent David B. Hopson said level funding of $156,000 for Rural School Aid is in Gateway’s FY20 proposed budget. He said they were hoping that it would be put in by the state as part of the Chapter 70 funding. The next best thing, he said, is to put it in the Senate budget and pass it. He also mentioned that it was not included in the House proposal.

“A lot of us were hoping that both the House and Senate would address educational funding in a more robust way than it has,” Hopson said, acknowledging that Gateway is getting nothing more from the increased Foundation formula. “There were over 200 schools that got nothing,” he said, most of them smaller districts that had reduced populations over the last ten to twelve years.
Hopson did say without the Rural School Aid, Gateway will have to go back and take a hard look at the FY20 budget.