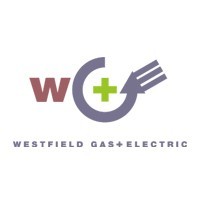 WESTFIELD – The Westfield Gas & Electric Department will have an opportunity to expand broadband access in the city under a state and federal project.
The federal government is providing $45.4 million, with the state contributing $26.2 million to build over 1,100 miles of fiber optics cable in the state with the goal of providing broadband service to under-served and unserved communities in western Massachusetts and to provide affordable, quality last-mile services to 333,500 households, and 44,000 businesses in an area covering one third of the state.
That system will link over 1,390 “anchor” institutions including public safety agencies, colleges, libraries and schools.
Andrew P. Banas, P.E. and the WG&E chief business officer, said the project will substantially improve the utility’s current broadband capacity and positions the department to become a regional player as a hub provider of broadband service.
The project, called MassBroadband 123, is being managed by the Massachusetts Broadband Institute (MBI), a division of the Massachusetts Technology Collaborative (MTC) which has been negotiating an agreement with the local utility.
“The MBI has accepted our concerns,” Banas said of the agreement negotiation, which he anticipates will be in place within a week.
Once that agreement, called an IRU, is in place, the city can begin the project, which has an anticipated cost of  $690,000, funding that the city will recoup from the federal/state project funding mechanism, part of the IRU agreement.
“We will have a more robust backbone at the end of this,” Banas said. “We are positioned to take advantage of a lot of this technology.”
Banas said the enhanced system will enable the utility to lower its technology rates and expand its customer base.
“I’m looking forward to the construction phase, which we will complete by next spring,” Banas said. “So we can start taking advantage of this capability.”
Municipal Light Board Chairman Tom Flaherty asked if the new enhanced system would allow the utility to expand into the wireless communication service.
WG&E General Manager Dan Howard said the broadband project will provide a range of opportunity and that the municipal utility is assessing all of those options.
Though these agreements are not yet in place, they appear to be substantially complete as of press time.