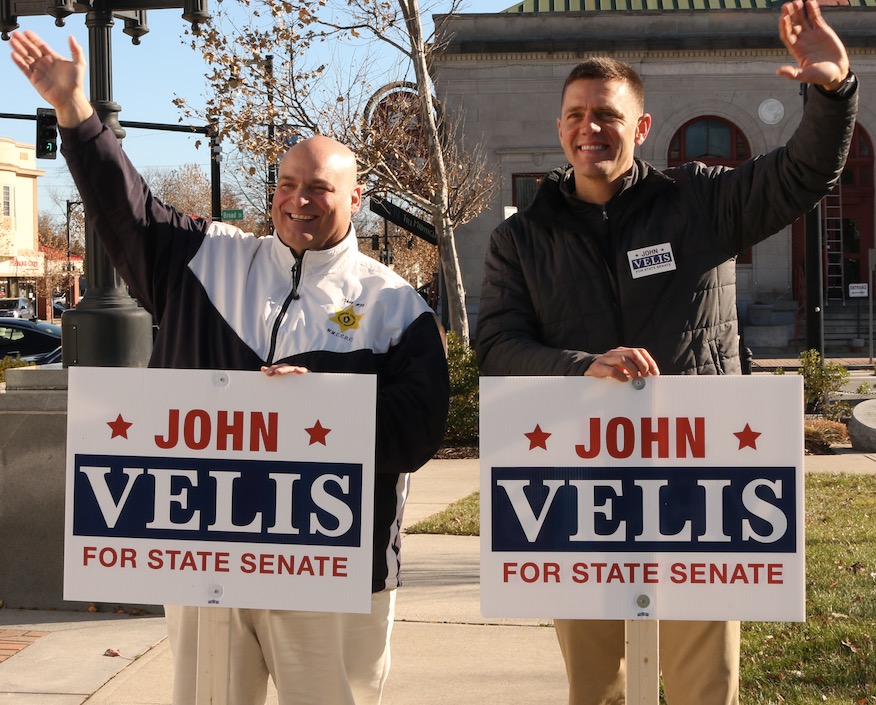 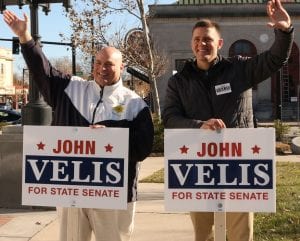 Cocchi attended a large campaign rally for Velis with over 100 campaign supporters on Saturday. At the event, Cocchi gave an energetic endorsement of Velis to the crowd and said he would officially endorse Velis early for the Senate. Cocchi noted the work they’ve done together already, including Velis’ dedication and effectiveness in the fight against opioid abuse and providing addiction services. Photos of the men at the rally appeared heavily on social media over the weekend.

“I know it is unusual to endorse a candidate this early, even one of John’s caliber and capabilities, but this Senate seat is so important to the work of the Hampden County Sheriff’s Department and to the people who depend on us every day. It is not too early to begin working to make sure that we have someone representing us in the Senate who really knows what we need here in Western Massachusetts. This Senate seat is one of only of 40 and we need John Velis in that chair in the Senate Chamber,” said Cocchi.

“John has been an invaluable and dedicated part of our efforts to fight addiction, to provide addiction services for those effected and their families. I also represent most of the communities in the Second Hampden and Hampshire Senate District. I know these cities and towns need a fighter like John Velis, on these issues and on the every-day concerns that mean so much to working families, seniors, business owners and young people,” said Cocchi.

“John’s compassion and hard work, his energy to fight for the things that matter to all of us, will make him the best voice we could have in the Senate. His real-life experiences, from being a lawyer to a Major in the U.S. Army Reserve, and serving as a Member of the Massachusetts House of Representatives, makes him someone who can begin serving our communities in the Senate day one,” said Cocchi.

“The timing of this special election is critical. We need John’s voice in the Senate during the crucial budget debate that begins next year. It’s important that this seat be filled as soon as possible. We can’t afford one of our few seats to be left empty for any amount of time in the Senate Chamber. John Velis’ voice is respected in Boston. I don’t believe that anyone else can fill this seat and do this job the way he can,” said Cocchi.

“Sheriff Cocchi has provided expertise and leadership to our legislative delegation on issues that matter so much to the people in every city and town in this Senate District, especially on addiction. I’ve been knocking on doors and meeting with people from Holyoke to Agawam. Everywhere I go, people are sharing with me their personal stories, the hardships and heartbreak their families have faced with addiction. I’m proud of the work I’ve done with the Sheriff and my colleagues as a State Representative. I’m ready to accelerate our efforts together in the Senate,” said Velis.

“Sheriff Cocchi and the Hampden County Sheriff’s Department have become the standard of addiction intervention, helping to save lives, keeping families intact. I’m proud to be a small part of their effort. The Sheriff’s Department is more than this important work. Sheriff Cocchi and his team have great ideas on how to serve every neighborhood throughout this district and I am going to work hard to earn the right from the voters to step up our efforts together in the Senate,” said Velis.