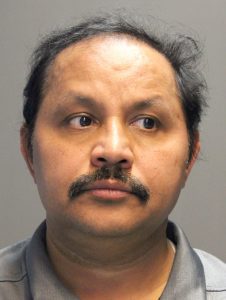 WESTFIELD — A city merchant, charged with possession and sale of untaxed cigarettes, has seen the charges dismissed after paying court costs in the amount of $5,000.

In a court document, Westfield Police Officer John Blascak details an investigation initiated after officers received a tip that cigarettes without Massachusetts tax stamps were being sold at a city convenience store. He reports “cigarettes were purchased from Pleasant Street Market by a confidential informant on more than one occasion. These cigarettes possessed both New Hampshire and Kentucky tax stamps.”

Blascak, a member of the department’s Community Service Unit, reports that when he executed the search warrant, “investigators recovered thousands of tobacco products including over 400 cartons of cigarettes, containing 80,000 cigarettes, that did not have a Massachusetts Tax stamp.”

He reports that, after Patel had acknowledged his Miranda rights, “he stated that he would regularly drive to New Hampshire and purchase 60-80 cartons of cigarettes each trip, for resale at his store in Westfield.” He also said that “he would drive regularly to Pennsylvania to purchase flavored smokeless tobacco to sell in his store.”

Patel also stated, Blascak reports, “that he knew what he was doing was wrong, but was hurt financially by the pandemic and needed to pay his bills.”

Patel was arraigned in Westfield District Court on Oct. 15, 2020, before Judge William A. Rota and released upon payment of $10,000 cash bail.

In April 2021, Hampden County Assistant District Attorney Andrew D. Ott filed a motion before Judge Charles W. Groce in Westfield District Court to amend the charges to the lesser included offenses of selling and possessing less than 12,000 unstamped cigarettes. He argued “these modified charges more accurately represent the facts as alleged and it is the commonwealth’s intent to prosecute this matter in the District Court.”

The motion was allowed, by agreement, by Groce on April 6, 2021.
The penalty, upon conviction, for each of the original charges is “state prison not more than 5 years; or [a fine of] not more than $5000, or both.” However, the law provides that conviction of each of the amended charges “shall be punished by a fine of not more then one thousand dollars or by imprisonment for not more than one year, or both.”

Facing the amended charges, Patel appeared before Groce on Sept. 7. While he did not plead guilty, Patel submitted to the facts of the case and the tobacco charges were each continued without a finding, with probation, for six months. The tax evasion charge was dismissed at the request of the commonwealth.

However, Groce ordered that the two charges Patel had submitted to be dismissed upon payment of $5,000 in court costs. Payment was made on Sept. 7.